The Quest for Abolition Day 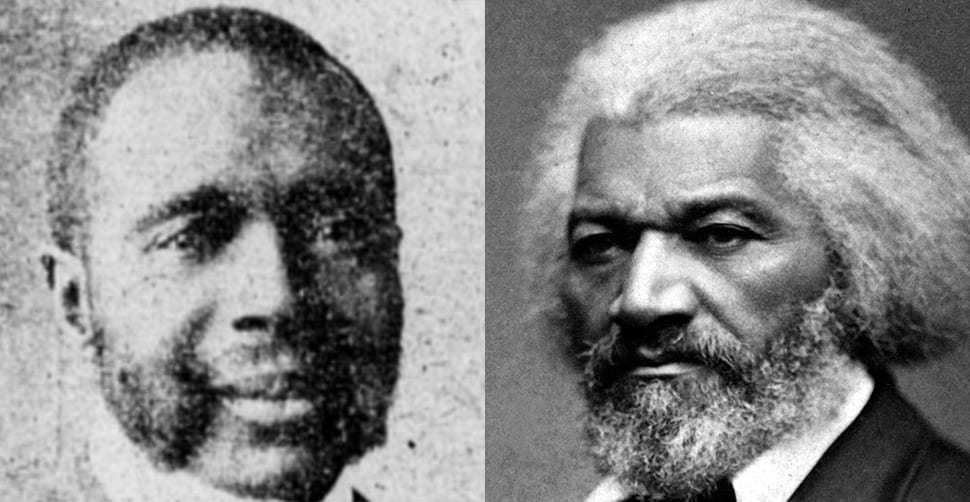 George Washington Woodbey was born a chattel slave in Johnson County Tennessee where he was enslaved on a plantation with his mother, sister and maternal grandmother.

Assumed freed by President Abraham Lincoln’s Emancipation Proclamation in 1863, it was not until the 13th Amendment was ratified by Congress in  1865, that freedom for slaves in America, including Woodbey, was enshrined in the nation’s Constitution.

Woodbey’s adult reflection and assumption of when he attained freedom though incorrect, is reflective of the same confusion experienced by many African Americans even today.

The Emancipation Proclamation issued by President Lincoln under his presidential authority as Commander-in-Chief of the armed forces during war time, did not free Woodbey and his family. It only granted freedom to slaves in the ten Confederate States still fighting against the Union in 1863—Tennessee was expressly exempted because at the time the Proclamation was issued, it had already returned to union control. It is of historical interest to note Lincoln’ Emancipation Proclamation only freed slaves in the states where he actually had no real control—those who at the time were still part of the Confederacy.

Woodbey was not actually freed until December 6, 1865, when the thirteenth amendment truly and officially abolished slavery for all African Americas.

Last December, African Americans celebrated 150 years of freedom. Un-bondaged and un-bought, a new generation of Blacks in America barely noticed, hardly acknowledged the day; while most other Americans barely reflected on the momentous occasion.   However, a movement has taken root in the America led by a coalition of principal African Americans to have December 6th officially recognized as Abolition Day by the United States government.

In an exclusive interview with The Black Voice News, Kenneth B. Morris, Jr., Founder and President of the Frederick Douglass Family Initiatives, shared his thoughts on this historic movement. According to Morris, his organization recognizes Juneteenth (June 19th is the day slavery ended in Texas); they recognize December 2nd, the day noted by the United Nations as the International Day for the Abolition of Slavery;  and of course, December 6th. The real question, according to Morris is, “When should Abolition Day be celebrated?”

Morris continued, “We consult Frederick Douglass, , for all of the tough questions and, as it happens, he addressed this one quite clearly in his speech, “The Meaning of July Fourth for the Negro.”

According to Morris, on the 5th of July 1852, Douglass said that we cannot, in good conscience, celebrate a day of national independence or personal freedoms when so many of our fellow citizens are enslaved.

“Certainly, Douglass could not have imagined that, in the year 2015, Americans would still be fighting to free themselves from slavery, but it’s true,” Morris explained and continued. “If he were here today, Douglass may recommend a target date for Abolition Day—the day we truly end all forms of slavery in the U.S.”

Morris believes it may be a generation from now or even two. “But, designating a day in the future could serve as a North Star for the modern abolitionist movement,” he concluded.

“A real Abolition Day, where we could finally say that we’re reunited with the ideals of the Declaration of Independence, would have a tremendous effect,” he replied. He then added a caveat, “The recognition of an official Abolition Day while there are still Americans being exploited for their labor and their sex may, on the other hand, could be detrimental to the field of anti-trafficking.” He continued, “It would be difficult for us to reconcile a celebration of the end of slavery one day and educate people about its existence the next. We recommend uniting efforts around preventing the next person from being enslaved through education curricula in schools.”

One of the initiatives sponsored by the Frederick Douglass Family Initiatives is an educational curriculum for the 150th anniversary of the 13th Amendment designed to help bring a better understanding of the amendment to young people.”The Frederick Douglass Family Initiatives is also working very hard right now to make Abolition Day a reality by establishing Human Trafficking Education programs in communities across the country. “We want to see schools everywhere implementing Human Trafficking Education in collaboration with community partners like law enforcement, faith leaders and legislators.” Morris added, “Making children less vulnerable to being trafficked is just one way these programs will make Abolition Day a reality.”

The probability of success, relative to the establishment of a National Abolition Day in America is perceived as tenuous by some. “The odds are heavily weighted in favor of the traffickers, the slaveholders,” Morris said. “We are making the most of very small donations and grants in order to bring knowledge to young people; remember, Douglass said, ‘Knowledge makes a man unfit to be a slave’ but, there is very little investment on the federal level for prevention.”

The Frederick Douglass Family Initiatives is working to change that paradigm, where intervention is the preferred method of addressing human trafficking in the United States. “Prevention is the way to end contemporary slavery and truly make Abolition Day a reality,” Morris concluded.

Other African American leaders, including the NAACP and members of the Congressional Black Caucus are pressing Congressional leadership to support legislation in support of Abolition Day.

George Washington Woodbey, though born a slave, managed to attain a year or so of formal education subsequent to the end of the Civil War. Though largely self-taught, Woodbey became a noted author, lecturer and political activist.