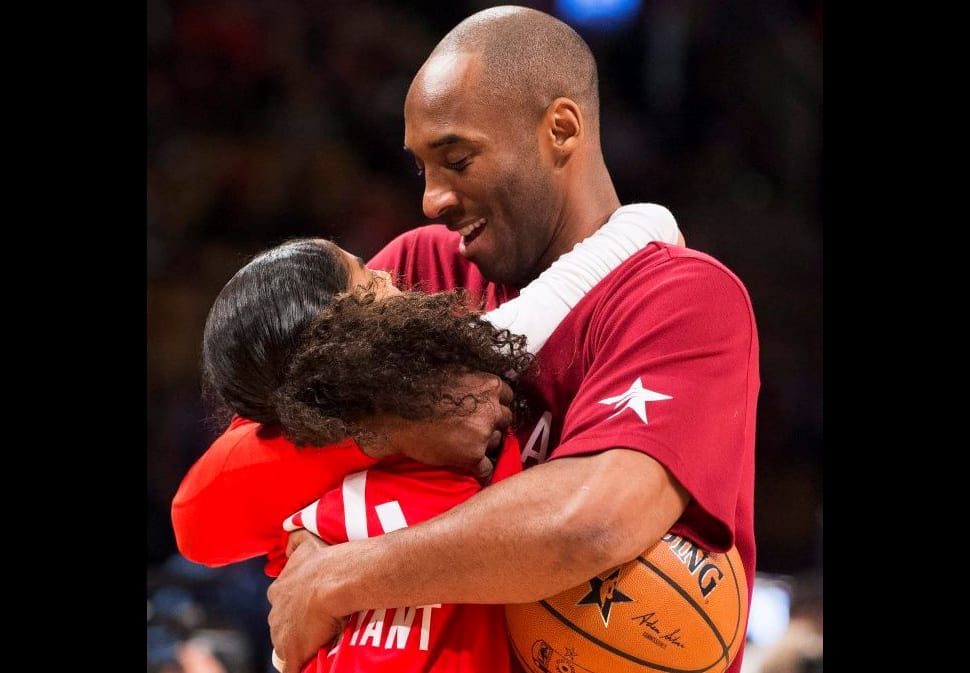 Toronto – Did I just witness a NBA Ballet experience? From these humble eyes I would offer there never were more demonstrations of athletic movements akin to ballet than at the NBA All-Star Weekend in Toronto, Canada – the first All-Star event played outside the United States.With professional athletes’ rapid and swift action in NBA basketball; the violence and physicality of NFL football; and, the hand-eye-coordination of MLB baseball players, the smooth athleticism of a professional athlete’s body in action gets lost on fans without replay because the action happens too briskly.

The annual NBA All-Star Game and its super stars, celebrity filled contingent and 19,800 spectators, all descended on Air Canada Centre in Downtown Toronto and were not dissatisfied as Western Conference outran the Eastern Conference in a record breaking score of 196 to 173.

Combined, the teams scored a record 369 points. The previous All-Star Game record was 321 points in 2015.

After all the running and gunning, even Paul George’s 41 points (one shy of Wilt Chamberlain’s All-Star Game record set in 1962) and an All-Star Game record nine, three-pointers, could not keep the explosive Russell Westbrook from being named All-Star MVP for the second year in a row. Westbrook tossed in 31 points (including seven three-pointers), grabbed eight rebounds, provided five assists and facilitated five steals. No matter, the day still belonged to the Lakers’ retiring Kobe Bryant.

Bryant played in his 15th All-Star Game, which tied him with Tim Duncan for second most all time appearances—Kareem Abdul-Jabbar has the record with 18.

Bryant extended his own record by starting in an All-Star Game for the 15th time and he also recorded one steal (his 38th) to break a first-place tie with Michael Jordan (37) for most steals in the games’ history.  Also, LeBron James finished with 13 points and Bryant 10 points to become the all-time scoring leader in the Game’s history—James has 291 points and Bryant has 290.

“I do not care about being the scoring leader,” James said. “It was just bittersweet being out on the floor with him, knowing the matches between us are coming to an end. But, when you get that opportunity versus a great man, you just have fun with it.” He continued, “I know it’s been overwhelming for him over this year, but our fans across the world, in the States and here in Toronto have been paying so much respect. It’s all well deserved. I’m happy that I’ve been along for a small piece of the ride of his journey. We’re very good friends, and I’ve been watching his journey for 20 years. When I don’t see him out there in Charlotte, I think that’s when it will sink in that it is over.”

After the team introductions, Magic Johnson came out to specially anoint/announce Kobe. He joyfully exclaimed the noteworthy history Bryant has put down and right after he gave the mike to him and the fans broke into a continuous, “Koooooobe Bryyyyyyyant” chant. That was just the start of the lovefest. A tribute video featuring Bryant’s highlights, his voice and interviews with many of today’s players followed right after.

In the post-game press conference Bryant talked about his interaction with the legends of the game and today’s players. “I think it’s the stories of when I and they first came into the league,” he recalled, “and we were matching up against each other, and just kind of the little things that like an elbow here or a steal here, and then wanting to earn the legends respect at an early age and later the young ones wanting to earn my respect.”

Bryant continued, “When I heard those kinds of stories that made me feel real good because over the years you’re competing against each other. Those aren’t stories you’re ever going to share with somebody that you’re competing against. But at this stage, it felt absolutely wonderful to hear these things.”Bryant brought his wife and kids to the game and he was elated to share the moments with them. “My kids were sitting right behind the bench,” Bryant happily exclaimed, “so I was talking to them virtually the whole game. They’ve enjoyed this as much as I have, coming to these arenas. You know, they’ve seen me throughout the years get up at 4:00 a.m. in the morning and work-out and train and come home and work-out again. So it’s awesome, as a father, for them to be able to see all the hard work and how it pays off.”

We asked Bryant about Allen Iverson and Shaq being announced as finalists for the Hall of Fame. He responded, “Shaq obviously on a more personal level, having played together for so many years and winning three championships, right, and all that he’s meant to the game, and meant to me personally. And AI as a competitor, he drove me to be as obsessive, more obsessive about the game, because I had to figure out how to solve that problem, you know? And I told him — I saw him here this weekend. I said you don’t realize how much you pushed me. And I don’t think people nowadays realize how great he was as a player and how big of a problem he was for defenses.”

When asked if he talked to NBA legends Bill Russell and Oscar Robertson during the weekend, Bryant noted that he did not feel the role of caretaker assumed after Michael Jordan, Magic Johnson, Larry Bird and Isiah Thomas retired, but he did want to represent the league and himself.

“For sure there was a lot of concern voiced from the elder statesmen, including Magic,” Bryant recalled, “about what kind of caretakers AI and I were going to be for the game. Oscar and I have spoken throughout the years sporadically. Russell and I have talked more often, and he’s given me a lot of great advice on leadership and competitiveness and things of that sort,” he shared and continued.

“My kids were sitting right behind the bench,” Bryant happily exclaimed, “so I was talking to them virtually the whole game.

“But as far as the league, when we first came in, it’s always the younger generation that comes in and it’s just like the elder statesmen says this younger generation has no idea what they’re doing. They’re going to absolutely kill the game. The game, when we played, was pure and all this kind of stuff. Hey, man, that’s always the case. When we came in, we were just young kids that wanted to play, and AI was aggressive. It was a newer generation, newer culture, but I think when David Stern changed the dress code somewhere in between that, that helped, I think. But, yeah, I think the game is in a beautiful place now.”

San Antonio coach Gregg Popovich the winning West coach said: “It’s kind of bittersweet. You remember all the struggles against him and all the competitiveness and you respect him so much for bringing it night after night after night. You know, a lot of players don’t understand that responsibility to be able to do that at that level, and he does it fiercely for all these years. So to see him now, it’s like the passing of a generation and he’s been such an iconic figure for so long, and he passes it on to that other group of young guys that you saw out there tonight. So I’m just thrilled that I was able to be here and see that.”

Stephen Curry interjected: “The entire night was very memorable, for sure, with Kobe’s entrance during the starting lineups and the tribute video, Magic Johnson giving a speech about him and his legacy to some highlight moments. Then the curtain call at the end that you knew it was coming, but you didn’t know what part of the game and the feel that the crowd was going to give, and it was amazing. Kind of got goose bumps out there. Kobe means something to everybody individually as a basketball fan and including us, as players. So you kind of have a lot of different thoughts about what he means to the game and how he inspired others and me growing up. I’ll remember that for sure.”

It may have been Bryant’s farewell, but the NBA ballet went on. In particular, I talked to NBA Hall of Famer and Slam Dunk judge, George “Ice Man” Gervin about the slam dunk contest results. I kind of thought that Aaron Gordon’s dunks were enough to at least earn him a tie if not the win in the most talked about contest since Dominique Wilkins vs. Spud Webb.

“I have to admit that Gordon put it down,” Gervin told me, “but he had a number of misses before his great dunks. Zach LaVine nailed his on the first try. We had to give it to him based on that.”

In all it was a special weekend for me and I was elated that Bryant, a person I have known since he first came into the league, was celebrated and being in Canada made it even more special.Leland Stein III can be reached at lelstein3@aol.com or Twitter @LelandSteinIII