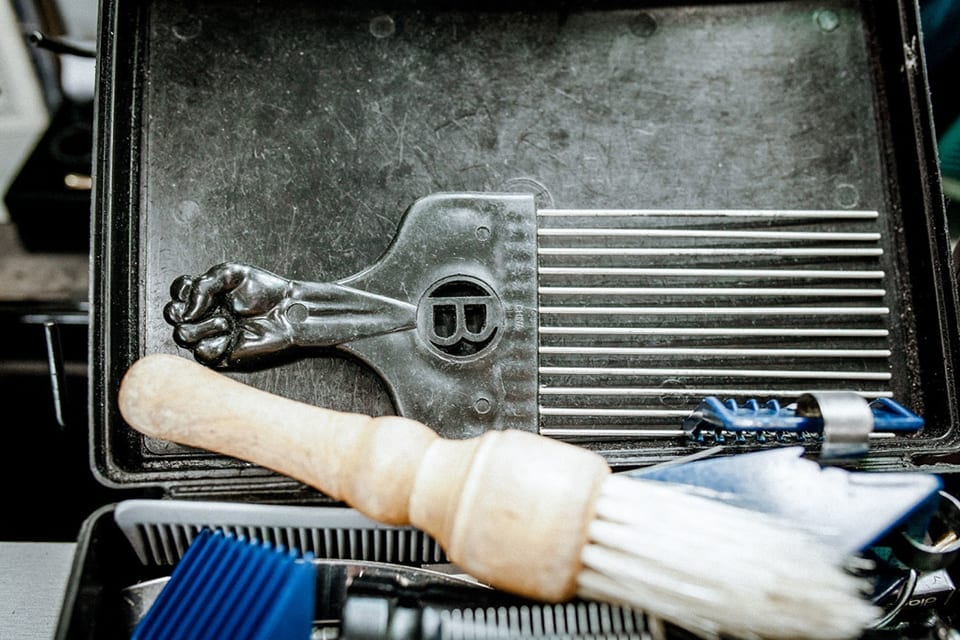 In more and more barbershops and salons, barbers and stylists are doing more than giving customers fresh fades and shape-ups. They are doing good in their communities by helping to increase literacy rates among children of color, raise awareness about social causes and teaming up with medical providers to offer clients screenings for high blood pressure, cholesterol and HIV.

This movement of barbers becoming civil and health activists is on the rise. In Philadelphia, barbers have been spreading a nonpartisan message about voting and polling locations among black men to improve voter turnout in city elections, while in Los Angeles, a doctor received grant money to train barbers to screen customers for hypertension, which can be fatal or lead to other health problems. In Melbourne, Australia, a barber, who calls himself “the streets barber,” gives free haircuts to homeless people and posts photos and stories about them on his Instagram feed.

Barbershops in Harlem and Brooklyn, including Denny Moe’s Superstar Barbershop, Levels Barbershop and Fig’s Barber Shop, are getting kids to read. The idea for Barbershop Books was started by former first grade teacher Alvin Irbyas he sat in his barber’s chair near P.S. 69, the Bronx school where he once taught.

While he’s not a barber, Irby, 30, said he knows the importance of barbershops in communities for disseminating information. He started his pilot program with a mission to close the reading achievement gap for black boys. Irby said he plans to expand the program in New York and perhaps to Detroit.

“I work hard to try to identify books that will get kids to get up and walk over to the space,” he said. “If children can read by the end of third grade proficiently, then they have a significantly lower chance of dropping out of high school.”He’s not alone in wanting children to have better reading skills. Courtney Holmes, a 45-year-old barber at Spark Family Hair Salon in Dubuque, Iowa, started a program in August: he cuts children’s hair for free while they read to him.

“I go in-depth with it so they understand what they learn,” Holmes said. “Then the kids get to take the book home, and when they come back, they can exchange it for another book.”

After initial success and media attention, he said Spark salon now offers the haircut-reading exchange monthly and he wants to take the program nationally. He’s working with Little Free Library, which puts wooden boxes of books in communities for people to borrow and exchange books.

“I did it out of the kindness of my heart,” said Holmes, a father of three. “We know low-income kids of color are lacking in this area.”

TEXAS: COMING TOGETHER IN DALLAS TO OFFER FREE HIV TESTING

To help deal with the surge of HIV infection rates in recent years, barber Gerard Claiborne said there are at least 18 barbershops and salons in Dallas working together to educate the community about the disease. They regularly offer free onsite testing with support from the University of Texas Southwestern Medical Center and provide condoms.

He said communities of color in Dallas aren’t educated enough about safer sex practices. Recent HIV statistics for Dallas County show the disease has taken a toll on people of color. Claiborne said the Fade Out HIV program has received high marks from the community since starting a year ago.

“People would rather get tested here then go to a clinic,” Claiborne said, adding those involved in the program want to do more outreach in areas with high rates of HIV infection and introduce the program in Fort Worth and surrounding areas…Read more at bevelcode.comWords by Marques Harper