Can The National Diversity Coalition for Trump Sway Black Voters? 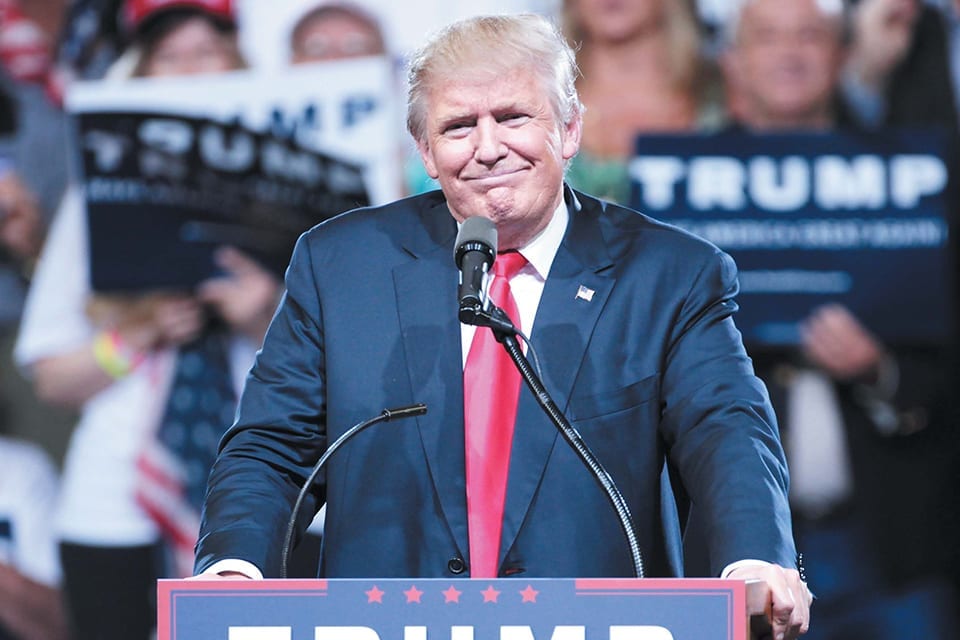 The Republican National Convention in Cleveland, Ohio was a rough and raucous ride for the reality star, real estate developer turned political neophyte. After charges of plagiarism over Melania Trump’s speech, a non-endorsement from Senator Ted Cruz (R-Texas), and an apocalyptic speech that promised to restore safety on January 20, 2017, if Trump is elected, Trump supporters are gearing up for the next phase of the campaign: a head-to-head match up against former Secretary of State Hillary Rodham Clinton.

Last month, the National Diversity Coalition for Donald Trump met with RNC leaders at the RNC headquarters in Washington, D.C. to discuss how the groups can work together to get Donald Trump elected.

LeVell said that his volunteer status is important, because he still has access to the candidate, but in a role where he can speak candidly with Trump.“When someone works for you, you really don’t get the truth. If you’re my boss I’m very limited to how transparent I can be with you,” said Bruce LeVell, the executive director of the National Diversity Coalition for Trump. “I don’t want to work in D.C. and knows that, too.”

LeVell said that he wants his group to bolster the efforts of Jennifer Sevilla Korn, the RNC’s deputy political director. LeVell added that reports of tension between Trump and the RNC were overblown.

“The campaign and Mr. Trump understand the value of the RNC,” LeVell said.

Telly Lovelace, the national director of African-American Initiatives and Media for the RNC said that the RNC and the coalition have a great working relationship.

“We feel their energy and we want to work with them,” said Lovelace. “We want to be a resource to the coalition. The great thing about this group is that every one brings their personal life experience to the table and they can take that and get their message out to help get Mr. Trump elected.”

LeVell scoffed at recent polling conducted before the convention that suggested that more than half of Republican voters still favored a mystery candidate over Trump, even though he has outlasted every single one of his political opponents. He credits Trump’s unique stance in the race as a non-politician for the opposition.

LeVell, a businessman from Georgia, said that Trump is a candidate that doesn’t owe anything to special interests groups and that there are no backdoor or side deals to be made.

“You can’t control this candidate,” said LeVell. “This is why there is a lot of pushback in all different aspects of the GOP, because they can’t make a play.”

LeVell noted that Trump received more votes than any other Republican presidential candidate in the history of the primary elections. The Georgia businessman said that Trump found out what Americans were really thinking about (illegal immigration, national security and foreign trade) and then carefully crafted a message that resonated with those voters.

“Look at the ones who are complaining,” said the Georgia businessman. “It’s not the 16 million people.”

Even though his surrogates have promised that more deals and more targeted policy proposals are coming down the pike for the Black community following the Republican National Convention, Trump has a steep hill to climb.

Nearly 90 percent of Black voters and 75 percent of Latino voters hold an unfavorable view of Trump, according to an NBC News/SurveyMonkey poll.

Black clergy and parishioners were split over Trump’s misstep with the Black pastors’ meeting in New York City last November, but LeVell said that the billionaire real estate developer used the assembly to gather insight into the Black community, something that Trump has been doing for years.

LeVell said that Trump’s meeting with the pastors was less about an endorsement and more about taking the pulse of the Black community.

Trump and his surrogates have often touted his ability to create jobs, his business credentials and his long-standing relationship with the Black community as the candidate looks to make inroads with Black voters in November, but his record is mixed.

The New York Times reported that the Justice Department sued Trump and his father for housing discrimination in New York in the early 70s. The Justice Department, “also charged that the company had required different rental terms and conditions because of race and that it had misrepresented to blacks that apartments were not available.”

The Trumps settled with the Justice Department, admitting no guilt, and promised to reform their rental practices, according to The New York Times.

Trump’s track record for filing for bankruptcy under the federal codes has also drawn criticism.

Still, LeVell said that Trump’s business record and his ability to grow jobs will resonate in the Black community and that his unique message of economic empowerment will start picking up more momentum after the convention.

“A poor man really doesn’t want to listen to a poor man,” said LeVell. “A poor man will listen to a rich man, if it relates to how you can lift yourself up.”

The Georgia businessman said that he hasn’t felt this energized for a candidate since he was 18 years-old working on Ronald Reagan’s campaign licking envelopes.

LeVell continued: “I really feel like Donald Trump is going to make the biggest headway for Black people of the all presidents in the history of the United States.”Freddie Allen
National News Managing Editor