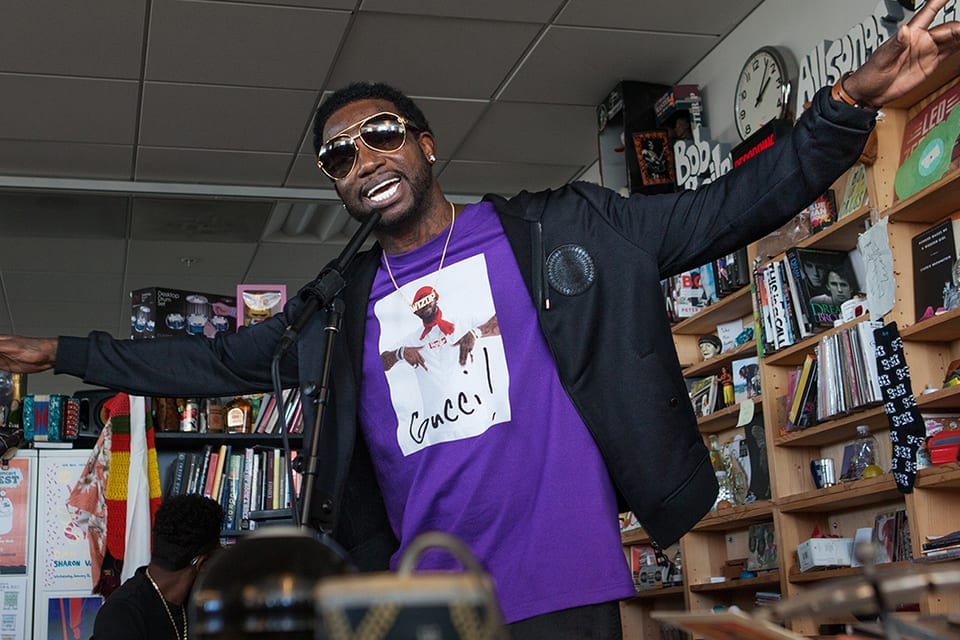 Get your weekend started right with New Music Friday: Black Voice News’ list of the best music releases and performances of the week. Check our Music page each Friday to see more great work from top musicians and entertainers.

JTNDaWZyYW1lJTIwd2lkdGglM0QlMjI2MDAlMjIlMjBoZWlnaHQlM0QlMjIzMzglMjIlMjBzcmMlM0QlMjJodHRwJTNBJTJGJTJGd3d3Lm5wci5vcmclMkZ0ZW1wbGF0ZXMlMkZldmVudCUyRmVtYmVkZGVkVmlkZW8ucGhwJTNGc3RvcnlJZCUzRDUwNDU5MzU5MCUyNm1lZGlhSWQlM0Q1MDQ1OTc4MzIlMjIlMjBmcmFtZWJvcmRlciUzRCUyMjAlMjIlMjBzY3JvbGxpbmclM0QlMjJubyUyMiUzRSUzQyUyRmlmcmFtZSUzRQ==Gucci Mane and his longtime producer Zaytoven performed live at NPR’s Tiny Desk Concert space. This performance is everything you would expect from Gucci, and more: it’s fun, a little ratchet, and he doesn’t take himself too seriously, even at NPR, which is notoriously snooty. With his early release from prison and the release of his latest album, The Return of East Atlanta Santa, at least Gucci Mane is having a good 2016. Stay up man.

The continued evolution of Donald Glover a.k.a. Childish Gambino is one of the most fascinating narratives in music and entertainment right now. On The Tonight Show with Jimmy Fallon, Gambino performed “Redbone,” a track from his latest album Awaken My Love. The album has received critical acclaim from industry greats, but it has also left some confused by what seemed like voice-modulation used for the production. This performance should silence any doubters: that is his real voice. From writer, to comedian, to actor, to rapper, back to writer, back to actor, and now R&B singer–Childish Gambino continues to make his own way in the arts.

I did not come to play with you hoes,
I came to slay

I know, I know Big Freedia put those words on wax for Beyonce’s “Formation” record, but they are just as relevant for Solange’s current musical run in 2016. “Rise” and “Weary” are the first two songs off of her new album A Seat at the Table–an album that beautifully captures many aspects of the Black American experience, from the struggles to the triumphs. And that’s cool and all that, but…is she performing connected to her backup singers? Come on Miss Solange, don’t hurt them.

Bruno Mars is back with a brand new album called 24K Magic. If you haven’t heard it yet, you need to stop what you’re doing, download it, and listen to all nine of the amazing tracks on the project. Once you’ve listened to it, sit back and enjoy this funny Carpool Karaoke scene where Bruno and James Corden practice sexy dance moves, practice licking lips, and harmonize over his catalog of hits.

Someone has a dark sense of humor, and I’m here for it with open arms. Props to whoever decided to mash-up this Sid the Science Kid dance scene with Migos’ “Bad and Boujee” record. I hope this becomes a viral hit.Feature photo: Gucci Mane performs a Tiny Desk Concert on Oct. 14, 2016. (Claire Harbage/NPR)Andre Loftis Jr, Content Strategist