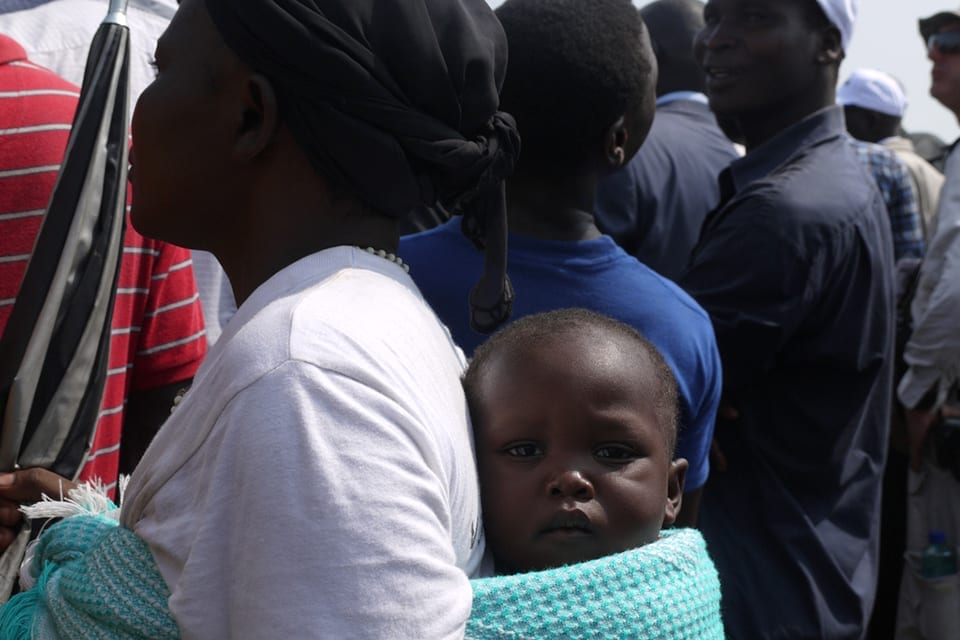 On February 20, 2017, the United Nations declared a state of famine in South Sudan. Man-made crisis and conflict had left 4.9 million in need of urgent food assistance and at least 100,000 in immediate danger of death by starvation.

Since then, our country has made progress in aiding those in need, not only in South Sudan, but in Yemen, Nigeria and Somalia. At the end of April, the House of Representatives passed a resolution I authored urging the Trump Administration to release supplemental funding and call for a ceasefire between the parties engaged in South Sudan’s civil conflict.

In addition, the United States responded to the UN’s call for $4 billion in relief by pledging more than $1.2 billion in famine aid, the majority of the funds coming from a $990 million allocation authored by Rep. Barbara Lee (D-Calif.) and Rep. Tom Rooney (R-Fla.). International aid efforts have also popped up throughout the world, with Germany doubling its aid to fight impending famine in Somalia and the Canadian government announcing they would match Canadian donations to famine relief efforts.

But as I return from a six-day congressional delegation trip to South Sudan and Uganda, the mission is clear: Although all of this is a good start, there’s still more work to be done.

In South Sudan, famine still continues despite relief efforts having had a notable impact. In a meeting with South Sudanese President Salva Kiir Mayardit during the delegation visit, we emphasized that the conflict in the young country must cease. The civil war there has raged since late 2013 and has claimed hundreds of thousands of lives while stranding millions and leaving the nation in the state of hunger it is in today.And as South Sudan is devastated by famine, its neighbor Uganda struggles to provide relief for those that have fled. As of May, there were nearly 1 million refugees from South Sudan living in Uganda. Our delegation toured Bidi Bidi, a Ugandan refugee camp with a population around the same as San Francisco. In April, the camp was declared the largest in the world. While we toured the camp, we met some of those that had arrived at the camp that day. It’s hard to describe their faces. They had walked for weeks, losing family in front of their eyes, leaving their own lives behind, possibly for good.

Unfortunately, the overwhelming, though expected, lesson we learned was that more aid is still needed. The men and women of the camp were only given half a month’s food to sustain them for an entire month. We saw the need for relief on the faces of the men, women and children of the camp. It was on the lips of the humanitarian workers.

This is a global crisis that will require a global response. The U.S. cannot risk flimsy leadership and we must be swift, stern and resolute. Hundreds of thousands and possibly millions of people, some of whom I met in South Sudan and Uganda, depend on us guaranteeing that the region’s political landscape is not in the same exact place one year from now. A long-term commitment is needed to address the existing civil conflict – the root cause of this famine. The world must continue to press the leaders of South Sudan on this point.

The international community has a choice – either work together to end famine or continue to observe death due to avoidable causes. It is in our control to end this famine now as well as find ways to avoid them in the future.Congresswoman Karen Bass represents California’s 37th Congressional District. She is the 2nd Vice Chair of the Congressional Black Caucus (CBC) and she co-chairs the CBC’s Africa Taskforce. She is also Ranking Member on the House Subcommittee on Africa. Follow her on Twitter at @RepKarenBass.