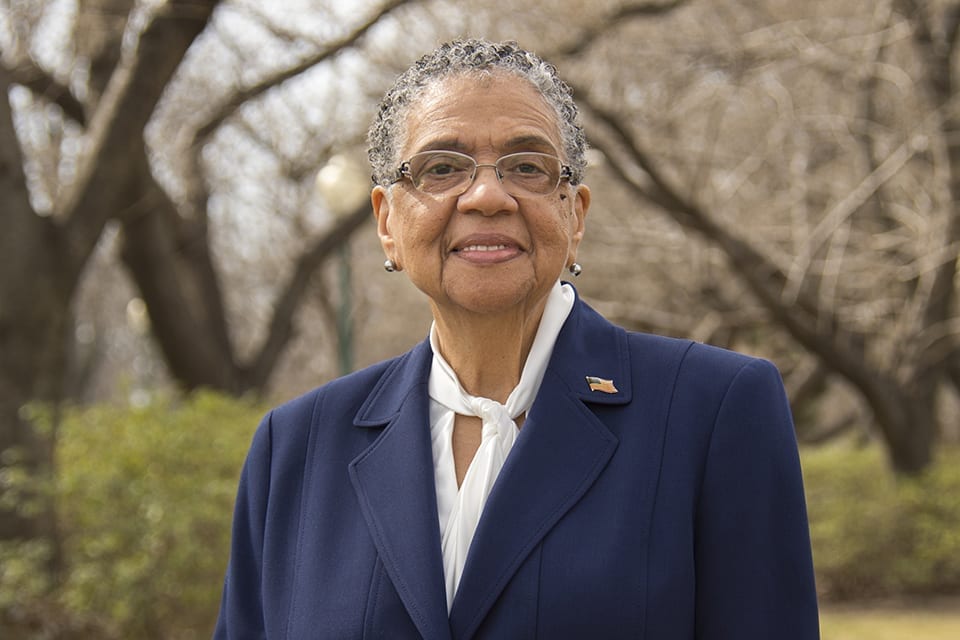 In a moment of unbounded pride, four generations of U.S. Army Veteran Delphine Metcalf-Foster’s family bore witness to her election as National Commander of the 1.3 million member Disabled American Veterans (DAV) organization—breaking the glass ceiling to become the first female in the position—at the 2017 National Convention in New Orleans, Louisiana earlier this month.A native of Vallejo, California, Metcalf-Foster had a long and distinguished military career with the U.S. Army Reserve, 689th Quartermaster Unit, 6253rd Hospital Unit, and 6211th Transportation Unit at the Letterman Army Medical Center. She retired from the Army Reserves with the rank of first sergeant in 1996.

Over the years, Metcalf-Foster has travelled far and wide in her service to America, but her heart has never strayed far from home. She is a life member of DAV Chapter 21 in Vallejo, currently serves on the First Data Military Advisory Council and is a member of the DAV Department of California Claims and Service Committee. She has also served as Chairman for the DAV Department of California Resolution Committee.

Metcalf-Foster is a combat veteran of Desert Storm/Desert Shield. She was injured in January 1991 while serving in Saudi Arabia in support of that effort. At the time, she was supporting the Grave Registration Company mission. She was medically evacuated to Germany for care and treatment.

Among other accomplishments, Metcalf-Foster completed a four-year appointment as a member of the Secretary of Veterans Affairs Advisory Committee on Women Veterans in November 2015. Her expertise and leadership has been sought at the local, state, and national levels, as retired Quality Assurance Specialist. She served as chairman of the Hospital/Volunteer Intern Committee, National 16th District Executive Committee, and has served as director and treasurer for DAV at the national level.