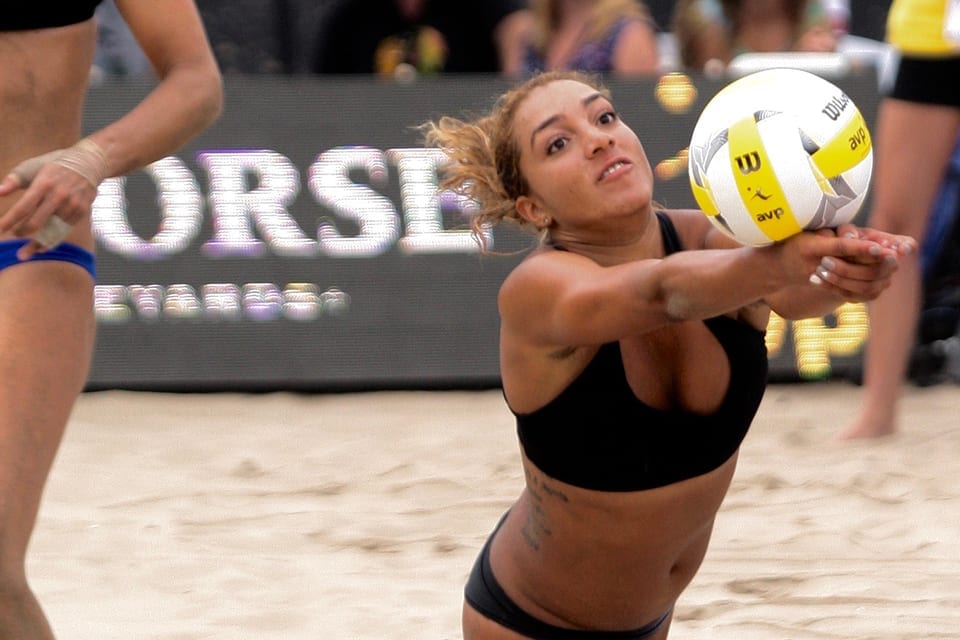 From early May to September. From the iconic beaches of Southern California to Pier 26 in New York City, the eight city AVP (Association of Volleyball Professionals) Tour never fails to attract hundreds of thousands of fans.

Annually, the players circle August 17-20 on the calendar. Each year the large crowds gather. This year, NBC will bring more broadcast cameras than in the past, for this is the cathedral of professional volleyball in America, The Manhattan Beach Open.

Since 1960, this setting has maintained its lure for the players and for all those who follow the growth and tradition of the sport. No other tournament celebrates its winning teams by embossing their names onto bronze plaques, permanently fixed to the pier, alongside each champion of the past.In this post-olympic season, some players have sought new partners while others remain formidable. On the women’s side, the team of Emily Day and Brittany Hochevar have been dominant on the tour all year. Unexpectedly, they received a great challenge in the final.

One of only a few women of color on the tour, Brandie strives to earn a coveted spot on Canada’s Olympic team. CBS Sports tabbed Wilkerson as one of their ‘Faces of Tomorrow’. Perhaps an Olympic selection and a medallion on the Manhattan Beach Pier in her future. We will be watching.Third seeded AVP and U.S. Olympic teammates, Phil Dalhausser and partner Nick Lucena dominated all comers 6-0 at Manhattan this year. The duo won the title in three sets over Casey Patterson and Theo Brunner.

Noteworthy for the men, the team of Jeff Samuels and his partner David Smith competed as  qualifiers. Samuels, one of the very few African Americans on the AVP this year. Jeff has three top 10 match results and has one 2nd place finish. Samuels is an impressively quick athlete,  understands the game and can change the direction of a match. We will look for Jeff down the road.

Congratulations to this year’s champions, the City of Manhattan Beach and the AVP.By Jon Gaede