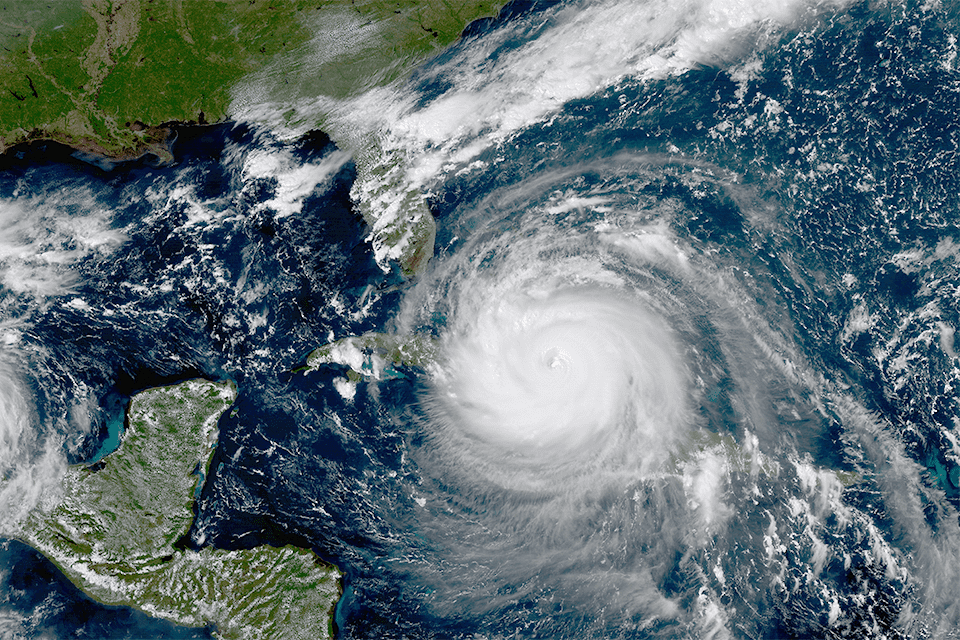 “Master, the tempest is raging. The billows are tossing high. The sky is o’er shadowed with blackness. No shelter or help is night . . . Peace Be Still . . .”

Hurricane Harvey roiled into the Gulf Coast made landfall in Texas, casting before it troubled waters.  As of this writing, the damage is not yet done; all that is to be lost has not yet fallen into that state; all that must be grieved, not yet accounted for.  What we do know is that in the dark and in the day, people once again struggled for and lost their lives. Many fought not to drown in homes, cars and buildings, in waters which continued to rise.

Houston was inundated—in some places, over 30 inches of rain fell in just 72 hours. According to an August 28 New York Times article, “The Houston region now looks like an inland sea dotted by islands, with floodwaters inundating roads, vehicles, bridges and buildings.”1

The scenario is phantasmagorical and familiar—a doubled sky, a great American city reflected back at itself in a silvered, mirrored mass of water, broken by the incongruous, the dangerous, the relieved, the stricken, the helpless and the brave. All seems like a recurring nightmare. A replay of another hurricane that, not so long ago, taught the world more than it wanted to know about how well we care for one another. Unfortunately, there has been death, loss and devastation between these two storms, which is how we know they are dominoes and not bookends.

Harvey lingered for a week, causing continued flooding, loss of life, and property damage. Having inundated Houston, the storm widened its deadly embrace and turned its unwanted attentions to East Texas and Louisiana, another unique, irreplaceable spot on the globe which has taught this nation lessons of catastrophe in the 21st century.

As always in times like these, both the best and worst of human nature has been on display.  Unlike Katrina, the immediate assistance of citizen volunteers has been welcomed and the people have been saving themselves and their neighbors, sometimes in coordination with first responders. Volunteers with boats used Twitter and other platforms, and worked tirelessly to discover and rescue those trapped in homes, buildings, or cars, and carried them to the safety of emergency shelters.

In hard times, you never know who’ll abide, who’ll “bring you a cool sip of water” before you die. Houstonians and Twitter were livid when prosperity minister Joel Osteen tweeted a list of shelters instead of offering his magnificent church to help those in need. According to an August 29 Salon article, “After the pastor kept Lakewood Church closed during Hurricane Harvey because, as he claimed, it was ‘inaccessible due to severe flooding,’ a major backlash occurred, with many on social media posting pictures which indicated that the church was usable, according to a report by CNN. The church, which can hold more than 16,000 people, eventually responded to the criticism by shifting its story.”2

Apparently, it was Mr. Osteen’s intention to make his church available for the traumatized people of Houston after the emergency shelters were full.  This comes after several people went to Lakewood Church, recorded its suitability for shelter, and uploaded it to the internet.  Still smoking from first degree cyber burns, Mr. Osteen stated, “We will continue to be a distribution center to those in need. We are prepared to house people once shelters reach capacity. Lakewood will be a value to the community in the aftermath of this storm.”2

The aftermath will never truly end. Much will be said once the waters recede, much hand wringing and blame shifting will occur. Promises will be made. After the spectacle is over, once the material damage is accounted for—the easiest part, and, to the shameless, the most important part, it will be time for the eyes of the nation to move on. However, the trauma people have endured is not so easily accounted for or cured. In the aftermath of Katrina, 100,000 fewer African-Americans live in New Orleans—100,000 mostly poor people who never made their way home—and there have been and will be more, and it won’t be just the poor. According to an article in the New York Times some have callously called the aftermath of Katrina, “One of the greatest urban revivals of our lifetime, in the words of Michael Hecht, who heads the economic-development nonprofit Greater New Orleans, Inc.”3

All this without blinking an eye. We shall see. Remember we are still in the aftermath of Katrina and Rita and Sandy—and, all too soon, Harvey—and future storms whose names we will shudder to learn, and the dominoes are still falling.

“Whether the wrath of the storm-tossed sea. Or demons or men or whatever it be. No water can swallow the ship where lies. The Master of ocean and earth and skies. Peace Be Still.”

A special thank you to Phyllis K. Wil for her contributions to this story.