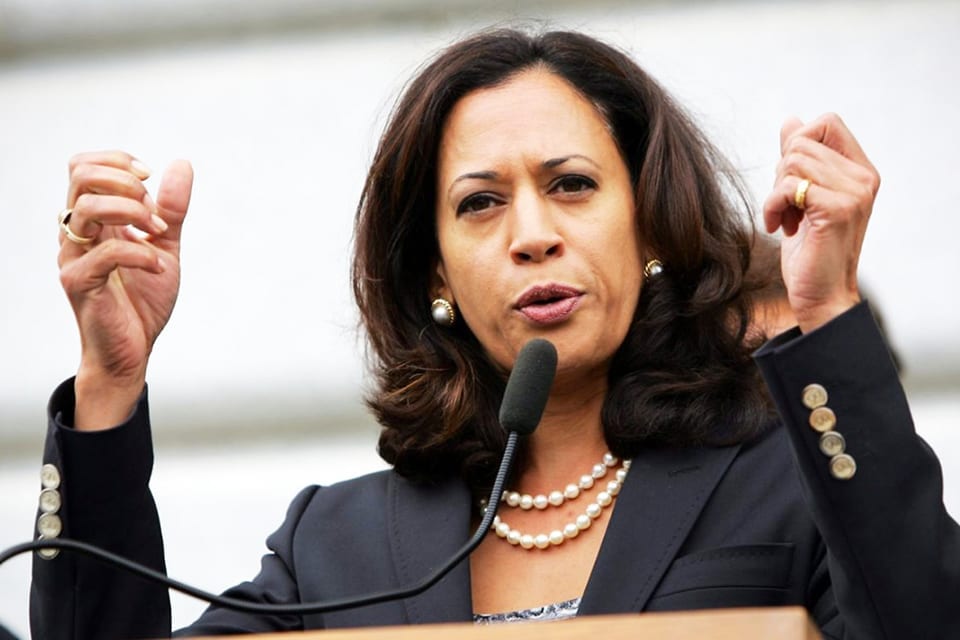 Senator Kamala Harris (D-CA) proved once again she is the right representative for these times and is a strong and capable bulwark against the right-winged ideology of the Trump Administration.

As a member of the Senate’s Judiciary Committee, during a hearing on January 18, Harris voted against several nominees submitted by the Administration for positions in the Justice Department and lifetime judicial appointments. During the hearing, Harris spoke boldly against a number of the nominees whose records prove they have spent their careers undermining the rights of communities of color, workers, and other vulnerable Americans.

“The words chiseled into that building across the street, the United States Supreme Court, which say, ‘Equal Justice Under Law,’ articulate the bedrock of our system of justice, our enviable system of justice,” Harris stressed. “… I believe that the judges who sit on our courts and the lawyers who work in our justice system must also share in that commitment.”

Harris went on to express how disappointing and deeply troubling it is, “that this President continues to nominate judges whose records show a hostility towards upholding the rights of all Americans.” Among the nominees Harris railed against and why were:

Harris challenged Farr’s potential role in advising and defending the restrictive voting laws that were passed in North Carolina that he defended.

According to Harris, Drieband has also demonstrated his hostility to civil rights. This is very disturbing, Harris stressed, because he has been nominated to be the Assistant Attorney General in charge of the Justice Department’s Civil Rights Division. “We should not have an Assistant Attorney General for Civil Rights who has testified—in his personal capacity—against fair pay legislation like the Lilly Ledbetter Fair Pay Act,” she noted.

Harris noted that Duncan has been opposed to the constitutional right of marriage for all Americans. He fought against allowing transgender children use the bathroom consistent with their gender identity. He sought to limit reproductive rights, worked to restrict voting rights, and believes that DACA is unconstitutional. “I have serious reservations about a nominee with such a history receiving a lifetime appointment,” Harris noted adamantly.

In contrast to these nominations, Harris stressed, “There are candidates who represent the full range of American experiences, and who understand what it means to strive for equal justice under the law. This is about the principles that make our justice system the envy of the world.”Stephanie Williams, Features WriterStephanie E. Williams is an award winning investigative reporter, editor and activist who has contributed to several Inland Empire publications. Williams spent more than thirty years as a middle-manager in the telecommunications industry before retiring to pursue her passion as a reporter and non-fiction writer. Beyond writing, Williams’ personal interests include stone-carving, drumming and sculpting.