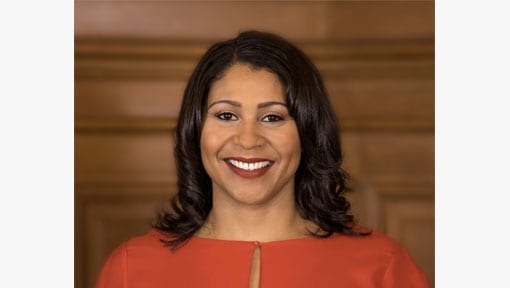 London Breed, president of the San Francisco Board of Supervisors, has been declared the winner in the race for San Francisco mayor. She ran for the position when the post became vacant after former Mayor Mike Lee died.

She is the first African American woman to hold the position. Breed will finish out the rest of Lee’s term which runs through January 2020. Breed will be sworn in July 11.

Interesting facts:
• Breed was raised by her grandmother in a public housing project.
• One of her sisters is in prison and another died of a drug overdose.
• She authored legislation that allowed the city to pursue financial damages against taggers.
• She previously served as executive director of the African American Art & Culture Complex
• Breed believes in green issues. She was instrumental in passing the city Styrofoam ban, and she was also involved in the city’s clean energy program CleanPowerSF, which has reduced more than 940K of CO2 each year.
• She also helped transform unused public housing units into places where homeless families could stay.