Californians Push for Legislation in Pursuit of Police Transparency 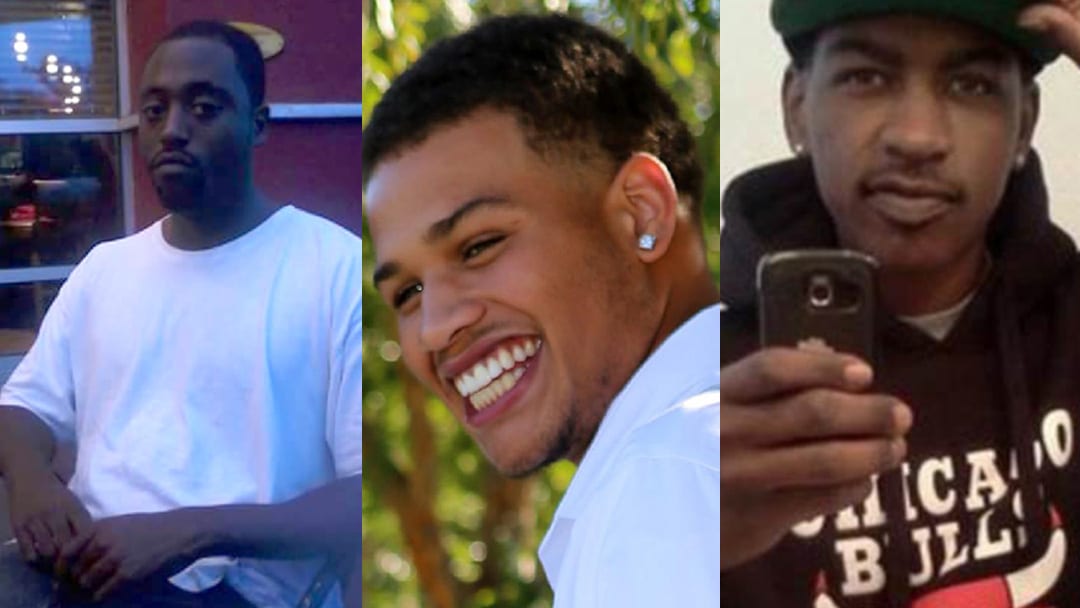 Two pieces of legislation pending before the California legislature have garnered intense focus from citizens around the state who continue pressing for transparency on the part of police agencies.

SB-1421, the Peace Officers Release of Records bill, will require the disclosure of police personnel records any time an offer uses serious or deadly force, or if there is a sustained finding of an act of sexual misconduct or dishonesty.

AB 748, the Peace Officers Video and Audio Recordings measure, will require the release of video or audio recordings, including body camera footage, that depict an officer’s serious use of force or misconduct.

Debate on these initiatives is certain to heat up as legislative representatives return from summer recess in the coming weeks. Passage of the bills will not be easy because powerful law enforcement lobbyists are prepared to work to keep them from becoming law. Regardless of the opposition, many advocates believe these bills are indicative of two ideas—whose time has come.

Currently, law enforcement officers are the most protected class of public employees in the state and remain totally shielded from the bright lights of public scrutiny. They stand alone in this regard as teachers, lawyers, social workers, doctors, anyone who works for the government, even state politicians are compelled to comply with the public’s right to know about investigations into misconduct and must respond to public records requests—yet, police in California remain exempt.

The secrecy afforded police records was codified into law in 1977, when Governor Jerry Brown signed Penal Code 832.7, and made it legal for police agencies to withhold information from the pubic related to any peace officer’s record of advancement, appraisal, or discipline. As a result, any record that contains information into the investigation of an officer, including those related to misconduct, is considered confidential and not available under the California Public Records Act.

In recent years increased focus on police shootings coupled with continuous reports of police misconduct has left many in the public demanding more accountability. Many citizens are no longer willing to give officers a free pass. With every questionable police shooting, more citizens are beginning to wonder, “What kind of state or nation allows its police officers to shoot down citizens under a veil of secrecy? 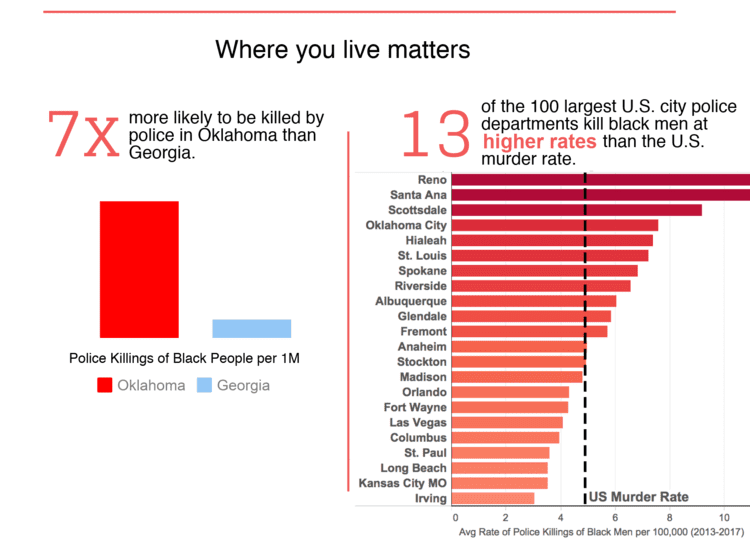 Far too often, law enforcement agencies rush to disclose information about the mental health and/or background(s) of the suspect(s)/victim(s) involved, yet again and again the public is barred from knowing whether the officer(s) involved had a history of abuse complaints, disciplinary problems, questionable shootings, etc.

Earlier this year in an article titled, Bitter Justice, The Voice reported on the case of Nathaniel Pickett II who was fatally shot on November 19, 2015, at the hands of San Bernardino County Sheriff Deputy Kyle Woods and San Bernardino County Sheriff’s Department Volunteer Citizen on Patrol William Kelsey. The incident occurred while Pickett was walking to his temporary home at the El Rancho Motel in the City of Barstow.

The initial press release from the San Bernardino County Sheriff’s Department dated November 20, 2015, that gave the police version of the incident that led to the death of Nathanael Pickett II said, an “assault on a deputy” led to the deputy involved-shooting.

The press release further claimed Pickett had jumped a fence into the parking lot of the El Rancho Motel prompting Woods to question him and during that contact Pickett gave “a false name” and became “uncooperative.” It further claimed when Woods attempted to handcuff Pickett, Pickett tried to run and almost immediately a fight ensued.

The press release described in dramatic detail how the two fought while on the ground with Pickett striking Woods “numerous times in the face” while refusing to “comply with repeated verbal commands.” According to the press release, this caused Woods to fire his weapon “striking the subject,” at which time the “assault ceased.”   The release went on to explain how Woods was then transported to a local hospital where he was “treated for multiple injuries, including broken bones.” 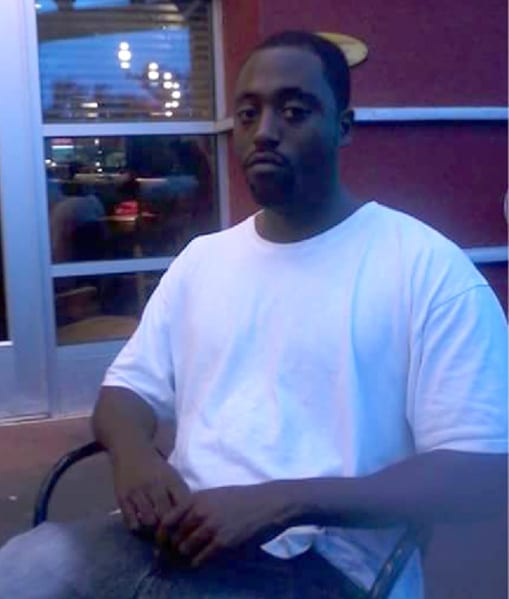 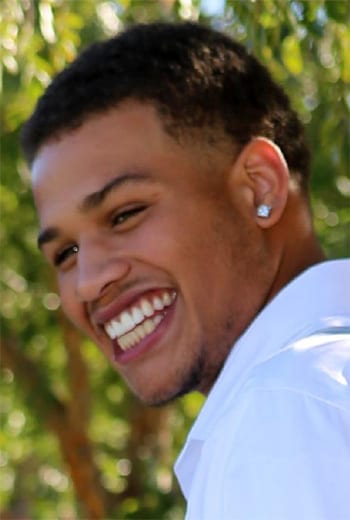 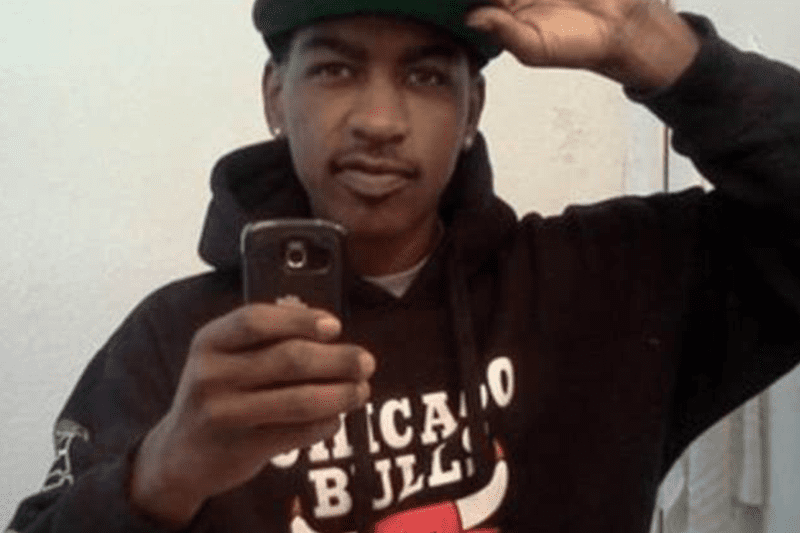 In March of this year, after reviewing all the evidence which included eyewitness testimony that directly contradicted most of the claims made by the sheriffs’ department in their press releases, the jury sent a message to the San Bernardino County Sheriff’s Department that “enough is enough.” They awarded Pickett’s parents an unprecedented $33.5 million.

This is just one example of why advocates believe the same transparency, the same disclosure of records and other information required of every other public employee should also apply to police/sheriff deputies.

Inland area residents may also recall the names of Diante Yarber, 26, who was shot and killed by police in Barstow in April, or the tragic police shooting of 18-years old Matthew Tucker in Temecula, or the March shooting death by police of 22-year-old Stephon Clark in Sacramento, or how in 2015, unarmed 29-year-old Brendon Glenn was shot in the back by police officers in Venice.

A special report by the Guardian, https://www.theguardian.com/us-news/2015/dec/01/the-county-kern-county-deadliest-police-killings, showed Police in Kern County, California, killed more people per capita than in any other American county in 2015, and yet the state remains among the most secret of any state regarding access to police records.

The sponsor of SB1421, Senator Nancy Skinner (D-Berkeley) stated, “California is an outlier when it comes to providing public access to law enforcement records. SB 1421 is a sunshine ordinance that will help build trust and accountability.”

She stressed how SB 1421 would require law enforcement agencies to provide public access to records related to the discharge of a firearm or use of force that results in death or serious bodily injury or in regard to on the job sexual assault, including coercion or exchanging sex for lenience, or dishonesty in reporting, investigating or prosecuting a crime.

“Law enforcement has never been better trained or better educated and incidents of officer misconduct are decreasing, yet distrust between many communities and law enforcement continues to grow,” Skinner said adding, “Transparency can help build the trust so needed to keep our communities safe.”

Speaking about AB748 in 2017, Assemblymember Phil Ting (D-San Francisco) who authored the legislation said, “The growing lack of trust between communities and the law enforcement officers who protect them has led to the growing use of body cameras. If body cameras are to strengthen public trust, then we need a statewide standard for the release of body camera footage to the public.”

According to Ting, “If a picture is worth a thousand words, a video is worth millions.” He concluded, “It’s time we let the footage speak for itself. Withholding these recordings is perceived as hiding information, and this only causes mistrust, especially when there are incidents of alleged officer-involved uses of force.”

Assemblymember Eloise Gómez Reyes, who represents California’s 47th Assembly District which includes a part of San Bernardino County, and who also sits on the important Assembly Appropriations Committee, will soon have an opportunity to weigh in on these initiatives. When The Voice reached out to her for comment on these measures she stated, “AB 748 and SB 1421 are a package of bills that seek to bring transparency and accountability to our law enforcement agencies. Ensuring that the interactions of law enforcement and communities of color are fair and equitable is vital to build trust and public confidence.  Transparency ensures the safety of both the public and law enforcement officers.”

She concluded, “We must work to increase trust between the community and law enforcement as we cannot have a society where contacts with law enforcement escalate into matters of life or death.”

Let your legislators know where you stand on these important pieces of legislation. Their contact information is available online at http://www.legislature.ca.gov/legislators_and_districts.html.

You can also follow these measures as they work their way through the legislature. Enter the bill numbers at http://www.leginfo.legislature.ca.gov/faces/billNavClient.xhtml?bill_id=201720180SB1421.