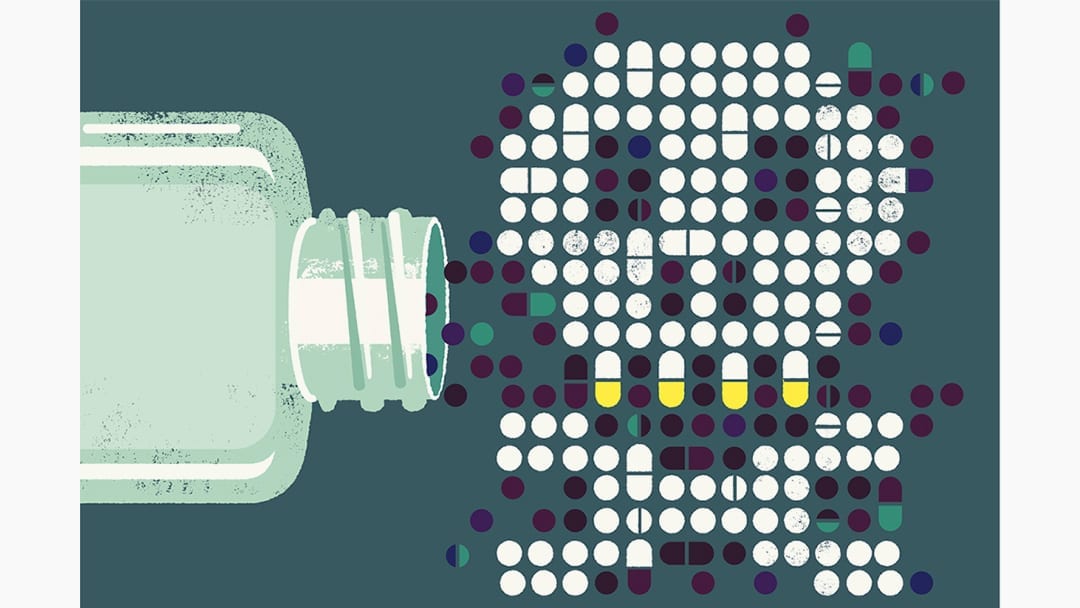 Physicians and other medical providers modestly reduced the volume of opioids they prescribed after being told one of their patients had died of an overdose, according to research published Thursday.

“You can hear a lot of statistics about the crisis,” said Jason Doctor, lead author of the study, published Thursday in the journal Science. “But it always feels like it is happening elsewhere if you are not aware of any deaths in your own practice.”

The research included more than 800 clinicians — doctors, nurse practitioners, physician assistants and dentists — comparing those who received a letter from the medical examiner about a patient’s death and those who didn’t. The ones who knew about the overdose death cut the overall volume of opioids they prescribed by almost 10 percent over three months, while those who didn’t know prescribed roughly the same amount as before.

The study shows that awareness and education can change prescribing behavior, said Doctor, a director at University of Southern California’s Schaeffer Center for Health Policy & Economics. The modest size of the reduction among those who were notified of a death suggests “that clinicians exercised greater caution with opioids rather than abandoning use,” according to the study.

Scott Howell, an addiction specialist and family practice doctor in Los Angeles, had not seen the study but said even a moderate change in prescribing habits — as well as feedback from a coroner to a doctor — can be a good thing.

Howell, a former medical director of an addiction and recovery center in Florida, recalled having conversations with doctors whose patients had died. “It is very distressing for a physician,” he said, adding that it can make them rethink their practices. “That awareness is good.”

The providers in the study who were informed about patients’ deaths were also 7 percent less likely to start new patients on opioids.

Over 19,000 people died from prescription opioids in 2016, roughly double the number 14 years earlier, according to the National Institute on Drug Abuse. Most of that increase occurred from 2002 to 2011, and the numbers have been relatively stable since then, according to the NIDA.

Prescriptions of opioids are declining, and health officials are seeking ways to accelerate the trend.

The study did not measure whether the letters from the medical examiner or the changes in prescribing patterns had any effect on patient deaths.

Across the country, physicians have been accused of overprescribing opioids and have even faced charges related to patient overdose deaths. In an effort to better track prescribing patterns, states have started prescription drug monitoring databases.

Beginning this fall, California physicians must consult the state’s database, known as CURES, before prescribing certain drugs to patients for the first time — and then must check every four months if those drugs are still part of the patient’s treatment.

The CDC recommends that providers avoid opioids if possible, but if they are necessary, they should start with the lowest effective dose.

The USC study looked at 170 patients in San Diego who died of overdoses from July 2015 to June 2016 and had received prescriptions that were tracked in the state’s prescription drug monitoring program.

Their prescribing clinicians were randomly assigned to two groups — those who got notice of a death and those who didn’t. The letters came from the county’s chief deputy medical examiner, Dr. Jonathan Lucas. They included the name and age of the patient who had died, explained some of the CDC’s guidelines for safe prescribing and provided information on using the drug monitoring database.

The letter did not blame providers for the deaths but showed that authorities were paying attention, according to the study.

“We were providing them with important information and also giving them a way to make things better by changing prescribing,” Doctor said. “Anyone who got the letter could continue to prescribe as much as they wanted, but we found that they didn’t. They became more judicious prescribers.”

Lucas, who is now the chief medical examiner-coroner in Los Angeles County, said the study was an opportunity for the coroner’s office to have a “direct impact on changing behaviors that could reduce deaths.”

“We moved the needle in the right direction,” he said, adding that he is discussing the possibility of a similar effort in L.A. County. “Sending a letter is the right thing to do. Doctors knowing their patients passed away is important.”