Battle Continues Over Inclusion of Citizenship Question in 2020 Census 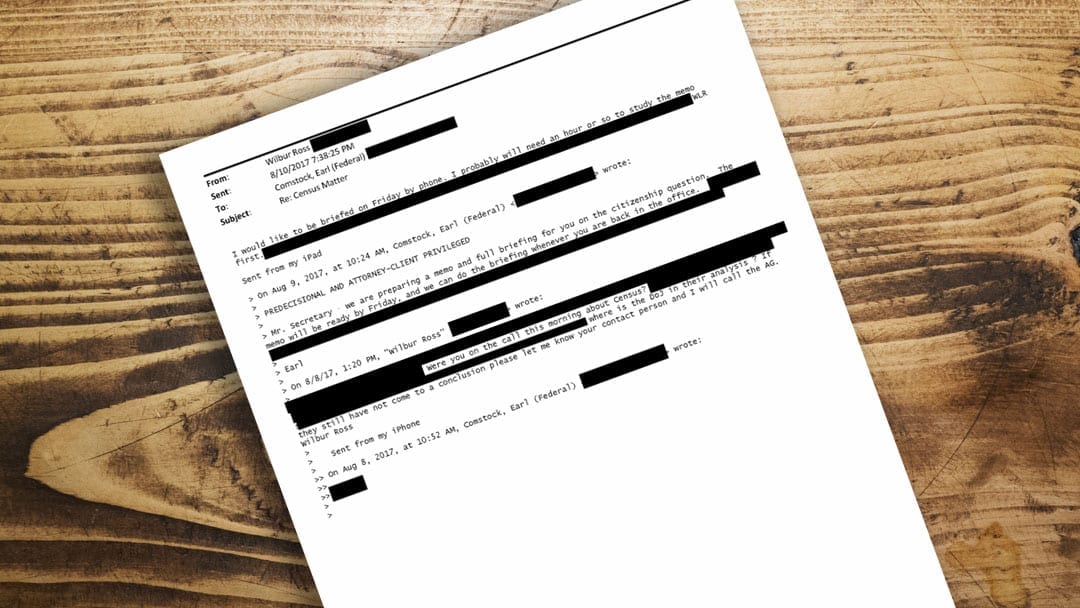 Last week another federal judge weighed in against the Trump administration by allowing another lawsuit over the controversial 2020 citizenship question to proceed.

This brought the number of federal rulings against the administration on this issue to five, including two cases under the stewardship of Attorney General Xavier Becerra, given a “greenlight” to proceed in California beginning early next year.

By rejecting the administration’s bid to dismiss the suit, U.S. District Court George Hazel allowed citizens of Maryland and Arizona to join others around the country who have argued that using the census to ask a question about citizenship will dramatically depress census response rates and is a violation of the U.S. Constitution.

A depressed response rate could have serious implications for communities everywhere including those in the Inland Empire. Response rates directly impact the allocation of federal funding for schools, roads and all federally supported institutions and services. In addition, the count is used to determine legislative representation, as congressional seats and Electoral College votes, are reallocated based on the census count.

In the written Opinion issued by Judge Hazel in the Maryland case he noted in part, “The Census Bureau is not obligated, nor expected, to conduct a perfectly accurate count of the population.” He later continued, “However, even as the Census Clause contains few specific requirements, it sets forth matters of general principle, and certain basic constitutional choices may prove relevant in evaluating the validity of the Census Bureau’s action.”

He continued, “The decisions, for example, to use population rather than wealth, to tie taxes and representation together, to insist upon periodic recounts, and to take from the States the power to determine methodology, all suggest a strong constitutional interest in accuracy.”

Further on in the opinion the judge noted, “. . .  when the Census Bureau unreasonably compromises the distributive accuracy of the census, it may violate the Constitution.” For these and other reasons, Judge Hazel denied the administration’s motion to dismiss the lawsuit.

The Trump administration is fighting to include the citizenship question over the objection of its own chief scientist who warned against such inclusion. The expert advised that under the current pressure the administration has placed on immigrants, many would be discouraged from participating in the census particularly those in the country without required authorization. They would be too fearful to stand up and be counted—even though the constitution states everyone in the country must be counted regardless of their immigration status.

The judge denied the administration’s request for dismissal despite its claims that the Justice Department initiated the original request to include the citizenship question. This was attested to before Congress by the administration official charged with overseeing the 2020 Census, Commerce Secretary Wilbur Ross.

Ross told congressional representatives the citizenship question was added at the behest of the Justice Department to support more effective enforcement of provisions against racial discrimination as defined in the 1965 Voting Rights Act—a claim many observers found difficult to digest considering Attorney General Jeff Sessions’ historical record on the issue of civil rights.

Judge Hazel’s ruling allows the suit to pursue its claim that Ross exceeded his discretion by adding the citizenship question. “There is evidence indicating that the Secretary and other senior administration or campaign officials were determined to include the citizenship question in the 2020 Census and sought out to provide a legally defensible reason to do so,” Hazel wrote.

Hazel further granted authorization for the plaintiffs’ representatives in this case to participate in the depositions of Trump administration officials and to pursue additional document requests.