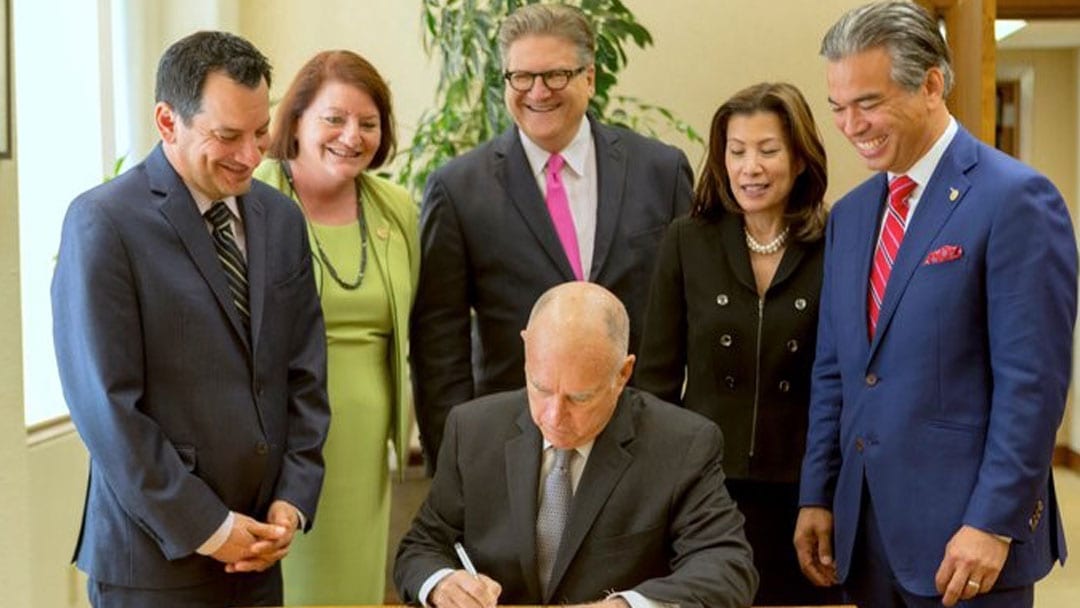 Under the measure those charged with such crimes must be released within 12 hours of being booked.  The law does not apply to those charged with serious and/or violent felonies—as currently required, unless they can post bail, those suspects will remain in custody before trial.

The new law also gives the state judicial council expansive authority to reshape policies related to pre-trial detention before the law takes effect in October 2019. Interestingly, the superior court in each county is authorized to establish its own procedures that will guide how they will decide who to release before trial.

The legislation also affords judges flexibility to determine what other suspects might be released before trial based on the judge’s perception of a defendant’s likelihood of returning to court for trial and any possible dangers he/she may pose to the community if released. There are concerns this approach leaves too much to a judge’s discretion that could still weigh heavily against defendants of color as the legislation failed to include significant oversight to help mitigate existing biases against members of these communities.

Without a doubt, although this legislation did not achieve everything reformers sought, it represents a victory for criminal justice and cash bail reform advocates. It is also a worthy strike against the nation’s system of mass incarceration labeled the “New Jim Crow” by acclaimed author, Michelle Alexander.

With Brown’s signature, California took an action that many, including myself, believed was long overdue. There is little question that for people accused of minor crimes to be jailed not because they’ve been found guilty, nor because they are a threat to society, but merely because they cannot afford to post the bail required for them to be free from custody while they await trial is a miscarriage of justice.

In my estimation, America’s money bail system fits Martin Luther King Jr.’s description of an unjust law. In his historic letter from a Birmingham Jail penned in 1963, King wrote, “A just law is a man-made code that squares with the moral law or thelaw of God. An unjust law is a code that is out of harmony with the moral law.” The nation’s money bail system is out of harmony with what is just and moral.

The bail system has impacted the lives of millions of Americans, most of them Black, Brown and/or poor, forced to spend time in jail absent a conviction. Many spent untold days, weeks, months and in some instances, years, serving time for crimes before they were tried and found guilty. In far too many instances, some were charged with minor crimes, served time in jail and ultimately—were either not convicted, or seeing no other way out, agreed to plea deals merely to escape their incarceration.

You don’t need a great imagination to understand the impact this policy has had on the lives of so many individuals and families, all you need is a compassionate heart. One of the most moving examples in recent years involved the tragic and appalling case of sixteen-year-old Kalief Browder of Bronx, New York.

In 2014, Browder was arrested and charged with stealing a backpack. He spent “two years” imprisoned as an adult (as allowed under New York law) on Riker’s Island (much of it in solitary confinement) awaiting trial because his mother could not afford to pay his bail, and because Browder refused to plead guilty to a crime he did not commit.

Eventually, the charges against Browder were dismissed and he was released. Two years later, he committed suicide, haunted by the trauma he experienced in jail.

Browder’s story was extreme and yet on some level indicative of the injustice built into a system that falsely claims, “justice is blind” and that those accused of crimes are considered, “innocent until proven guilty.”

This week, California put a crack in the foundation of America’s New Jim Crow infrastructure and in the process, struck a blow against institutionalized discrimination that primarily targets minorities and the poor.

Editor’s Note:Welcome to the Language of Birds, a commentary on issues impacting the Black community. In almost every ancient culture there is reference to a form of communication called the Language of Birds. While often defined as a “sacred language,” it is also called an un-language or a language of un-saying. Too often things are not said but inferred, purposefully structured to detract and/or confuse. This column will provide an opinionated translation of what, why and how issues occur and their consequence for Black America.