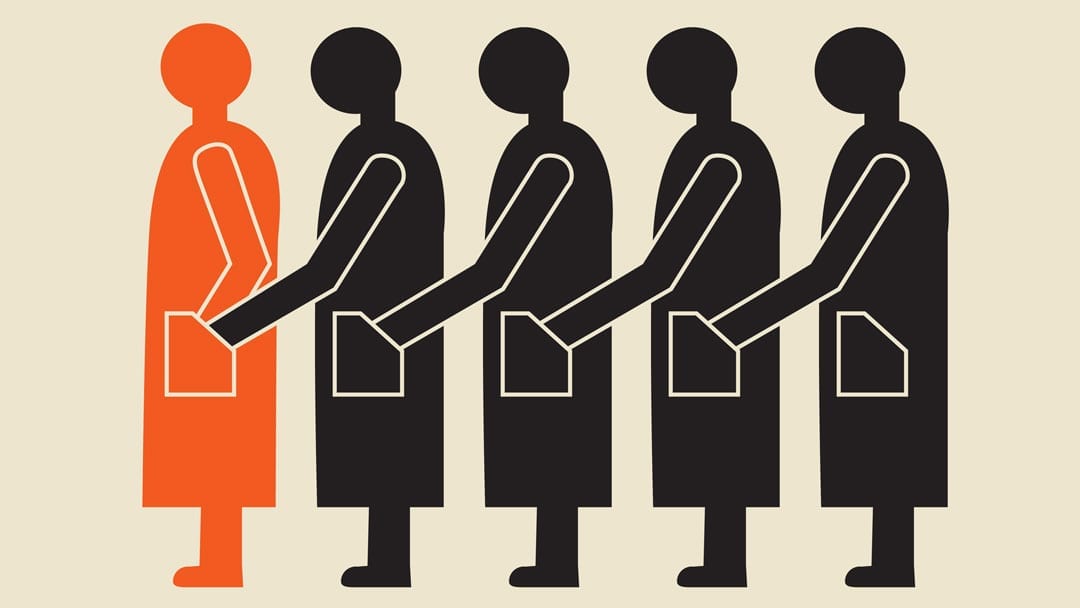 The list of violations executed by the institution debased its reputation and shone a light on the unscrupulous actions of its leaders. Many believe the penalties levied against it in response have fallen   far short of the damage the bank’s actions caused those who entrusted the institution with their financial transactions. In response, the National Black Church Initiative (NBCI) has called for a national boycott against Wells Fargo Bank.

The President of the NBCI Rev. Anthony Evans said, “You only have to list its sins from the past 20 months to realize how rotten this company is.” Consider the following:

A government official tells CNN the Department of Justice has issued subpoenas in a probe related to the fake account scandal.

Wells Fargo CEO John Stumpf forfeits pay. Stumpf says he will give up much of his 2016 salary, including a bonus and $41 million in stock awards. The first major executive leaves the company over the scandal. Carrie Tolstedt, who headed the division that created the fake accounts, steps down and forfeits some pay.

Wells Fargo is accused of illegally repossessing service members’ cars. The company agrees to pay $24 million to settle charges. The DOJ claims the bank took 413 cars without a court order, which violates federal law. The company apologizes and commits to refunds.

CEO John Stumpf steps down. The company announces he will retire effective immediately.

SEC probe revealed. A new public filing from the bank discloses that the Securities and Exchange Commission is investigating the bank for issues related to the creation of as many as 2 million fake accounts.

Wells Fargo is punished by federal regulators for actions unrelated to the fake accounts. The bank is dinged for failing to comply with certain provisions of Dodd-Frank, the post-2008 law meant to better regulate big banks and protect consumers.

Wells Fargo acknowledges potential worker retaliation. The bank says there are signs it retaliated against workers who tried to blow the whistle on the fake accounts.

Four senior bank employees are fired. The employees either worked or used to work in Wells Fargo’s community banking division, which is at the center of the fake account scandal.

Former executives are asked for money back. The bank claws back $75 million from two former executives for their roles in the fake accounts scandal, including another $28 million from former CEO John Stumpf. A new report from independent directors on the Wells Fargo board reveals the bank prepared an internal report in 2004 about practices that may encourage employees to create fake accounts.

The bank’s cost of a settlement goes up. The settlement in the class action suit is increased to $142 million.

New allegations about mortgages are leveled. In a new lawsuit, Wells Fargo is accused of modifying mortgages without authorization from the customers. That means some customers could have ended up paying the bank more than they owed. Its unclear how many customers were affected. Wells Fargo says it “strongly denies” the claims.

Wells Fargo says it wrongly fined mortgage clients. Wells Fargo admits that 110,000 mortgage holders were fined for missing a deadline – even though the delays were the company’s fault. The company pledges to refund the customers.

Regulators say Wells Fargo sold dangerous investments it didn’t understand. Regulators order the bank to pay back $3.4 million to brokerage customers because advisers recommended products that were “highly likely to lose value over time.” Wells Fargo does not admit to nor deny the charges.

The Federal Reserve punishes Wells Fargo. In an unprecedented move, the Fed says the bank won’t be allowed to grow its assets until the bank cleans up its act. The bank also agrees to overhaul its board of directors.

The city of Sacramento, California, accuses Wells Fargo of a “long-standing pattern and practice” of illegal lending in minority and low-income communities that reduced home values, limited property tax revenue and drove up foreclosures. The bank says the allegations “do not reflect how we operate in the communities we serve” and says it will “vigorously defend” its lending record.

The Consumer Financial Protection Bureau and the Office of the Comptroller of the Currency announce that they are fining Wells Fargo $1 billion for the car insurance and mortgage abuses.

The NBCI is a faith-based coalition of 34,000 African American and Latino churches comprised of 15 denominations and millions of Americans. The organization works to eradicate racial disparities in healthcare, technology, education, housing, and the environment through partnerships with major organizations and officials whose main mission is to reduce racial disparities in these key areas.

Last Thursday, NBCI launched a nationwide boycott against Wells Fargo for targeting the Black community and not contributing to the growth of its future.

The coalition expressed its belief that a billion dollars was “too little of a fine for Wells Fargo who is a trillion-dollar company.”  In a statement the organization pressed, “They have been stealing since 1852. We will not accept their apologies. Boycott! Boycott! Boycott!”

“We will not accept their apologies,” Evans reiterated and continued, “they are simply thieves and because they are white they do not go to jail.”

Learn more about the work of the National Black Church Initiative at  http://www.naltblackchurch.com/.