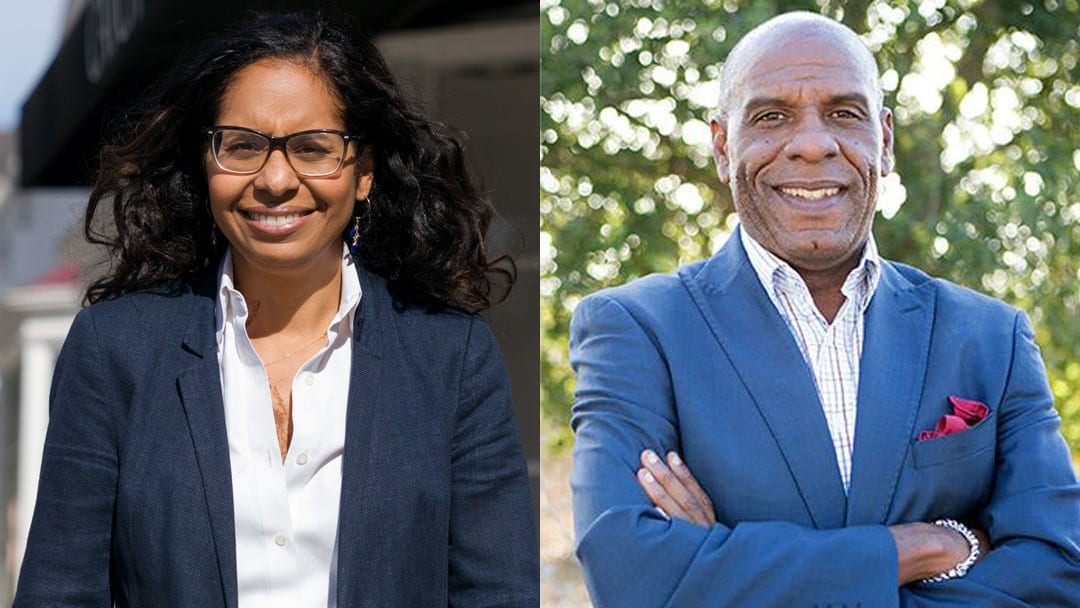 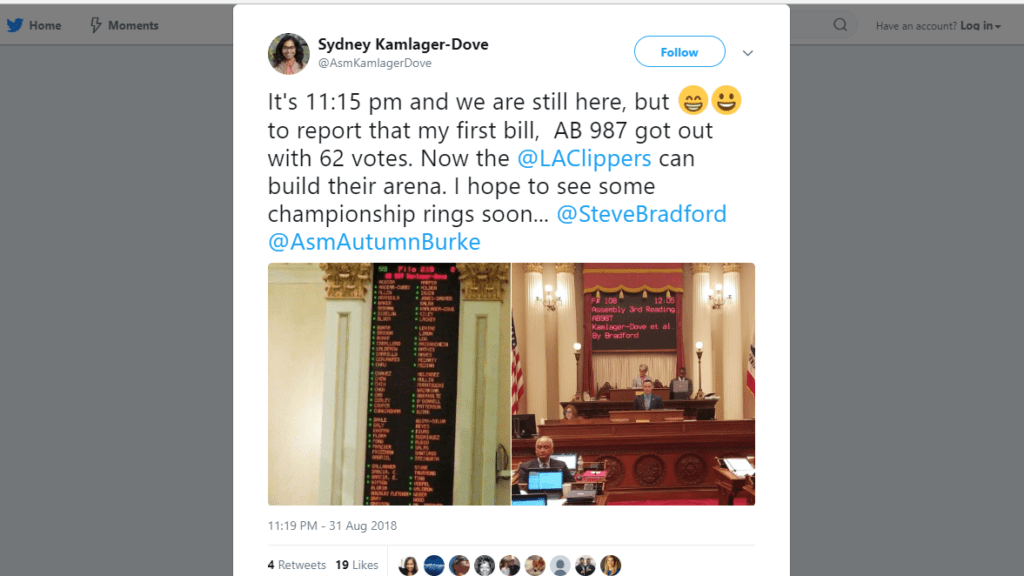 Kamlager-Dove welcomed the passage of AB 987, the California Environmental Quality Act Sports and Entertainment Project, along with Senator Steven Bradford (D-Gardena) who championed this issue early on, fellow senators and assemblymembers from around the state, and the many others who joined the collaborative effort to help propel the legislation to success.

Through their “yes” votes, representatives demonstrated their clear support for Inglewood’s revitalization effort in alignment with the development of the new LA Clippers Inglewood Basketball Arena Complex.

AB 987 promises to help stimulate Inglewood’s economy through the creation of thousands of qualitative and sustainable jobs while at the same time helping to improve local government services.

This important legislation was the first bill shepherded through the legislative process by Kamlager-Dove who secured her seat in the Assembly in April, when she was elected to replace Assemblyman Sebastian Ridley-Thomas.

The measure, designed to streamline the California Environmental Quality Act (CEQA) for the Clippers Arena, now awaits a decision from Governor Brown as to whether he will sign it into law. Most expect he will, considering the precedence set with similar CEQA carve-outs approved for the Sacramento Kings and Golden State Warriors arenas.

In a statement about the measure’s legislative success Clippers owner Steve Ballmer said, “We are now one step closer to bringing the world’s best basketball arena to a community that deserves the best.”

Kamlager-Dove moved the bill through the legislative process quickly. When introducing the legislation in June, she assured critics and others that although the measure streamlines the CEQA process for the Clippers’ arena it does not mean the environmental standards for the project will be any less rigorous.

“It’s not a CEQA exemption,” she stressed to the Orange County Register when the measure passed. “It’s streamlining some of the litigation opportunities.”

The bill is designed to limit the possibility of the project getting bogged down in environmental litigation by restricting some elements of the process. Kamlager-Dove assured there will be a full and complete environmental impact review completed. “No shortcuts,” she proclaimed.

“I love sports, but for me, AB 987 is about more than building a new sports arena,” the Assemblywoman stressed.  “This legislation is about creating thousands of jobs and economic equity for Inglewood and the surrounding communities I am proud to represent.”