Unions Help Shrink the Wealth Gap for People of Color 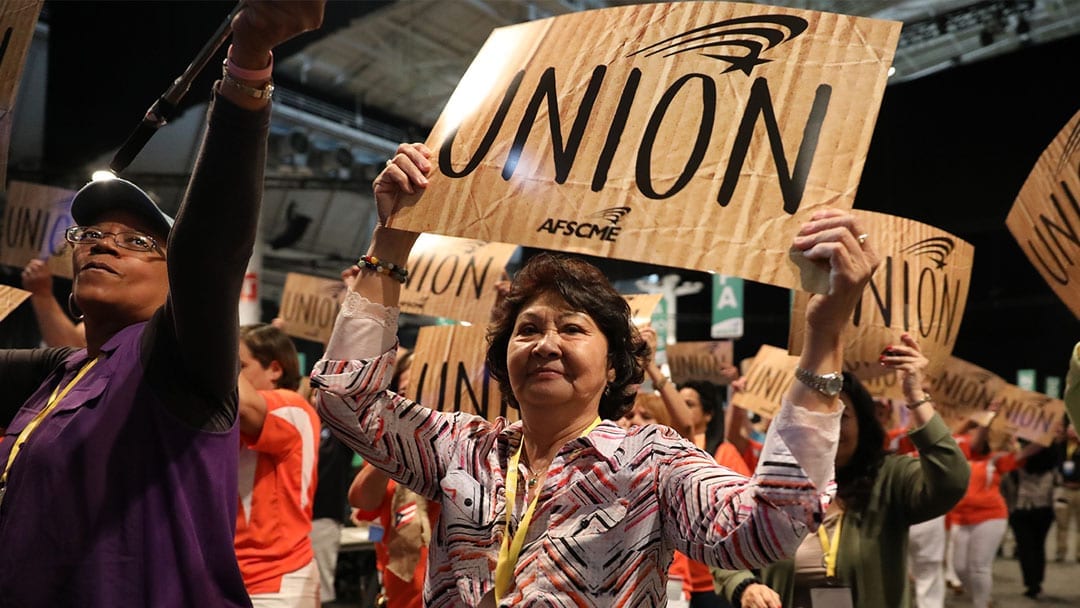 “In the heart of the Great Depression, millions of American workers did something they’d never done before: they joined a union. Emboldened by the passage of the Wagner Act, which made collective bargaining easier, unions organized industries across the country, remaking the economy.”
James Surowiecki

The demonization of unions in recent years has slowly undermined their support among segments of the American public The historical record, however, shows unions helped improve the quality of life and minimize the economic wealth gap experienced by nonwhite workers.

A 2016 report titled, Building Middle-Class Wealth Through Unions,by the Center for American Progress, showed workers covered by union contracts managed to accrue nearly twice the wealth of workers who are not represented by unions. Analysis in a new report by the same group titled, Union Membership Narrows the Racial Wealth Gap for Families of Color,shows that unions boost wealth “the most” for those who are nonwhite. 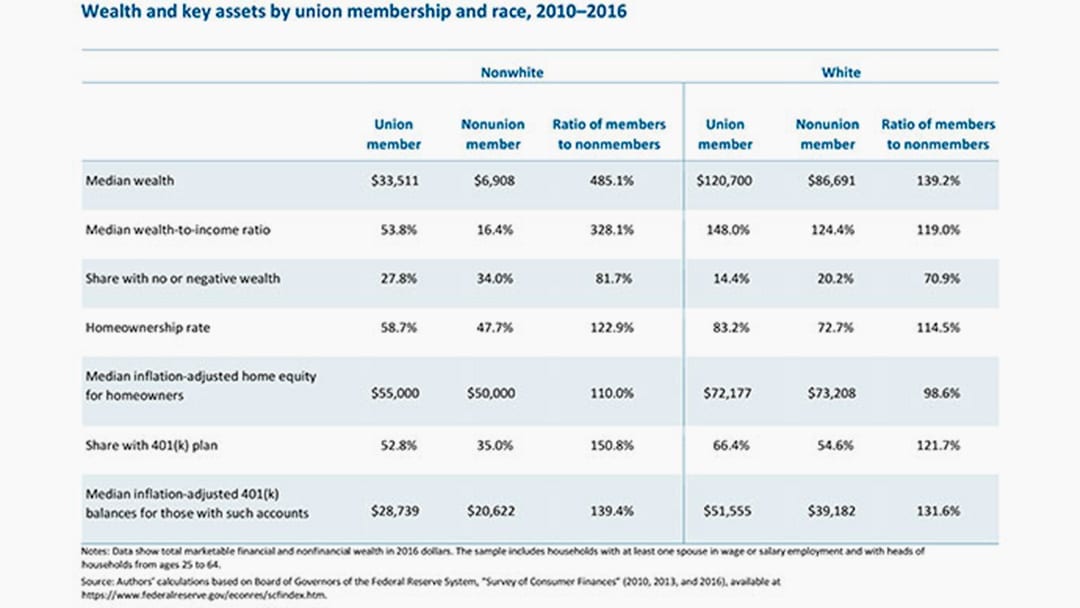 Union members earn on average 20 percent to 50 percent more annually, gain more benefits and experience greater employment stability than nonunion members. Also, nonwhite union members have a 50 percent greater chance of having a 401(k) plan than their nonunion counterparts and as a result, save more.

Although it is certainly true unions help all workers, they especially help level the economic playing field for those who are least advantaged—particularly people of color. Although the racial wealth gap is smaller between White and nonwhite union employees, it is still staggering.

For example, between 2010 and 2016, the median wealth for nonwhite union members was about a fourth of the median wealth for White union members, i.e. $33,551 versus $120,700 respectfully. The racial wealth gap was even wider, believe it or not, among non-union workers. Although overall the wealth of these workers was much less, people of color in this group had less than one-tenth the wealth of Whites, i.e., $6,908 compared to $86,691 respectively.

Labor unions have and continue to play a key role in providing a ladder to economic security for people of color in this country. It is also true, however, that for years members of the Republican Party have worked “judiciously” to undermine them.

Earlier this year when the Supreme Court ruled in Janus v American Federation of State (AFSCME), it was a major set-back for unions and simultaneously dealt a blow to the quest for economic parity so important for people of color. The court overturned its own precedence when the majority proclaimed that public workers are under no obligation to pay union dues even though they benefit from its advocacy.

Union advocates are concerned about the impact the Janus ruling will have on state and local government workers because it impedes the union’s ability to organize and bargain collectively on their behalf. It also restricts the union’s base of economic support and in the process, weakens the union’s ability to advocate politically on issues important to their members. In the long run, it is almost certain to undermine the hard-fought economic progress unions have afforded all workers and particularly nonwhite workers and their families.

Across the country, about 36 percent of state and local government workers belong to a union, compared to only 6.5 percent of workers in the private sector although union membership has been slowly declining as attacks on public-sector unions have increased.

Interestingly, of 17.3 million workers in state and local government across the country, African Americans, Latinos, Asian Americans and Pacific Islanders make up one-third of those represented by unions. In addition, 58 percent of the union members are women.

As unions continue to come under attack, these workers are almost certain to experience the greatest impact to their economic security.