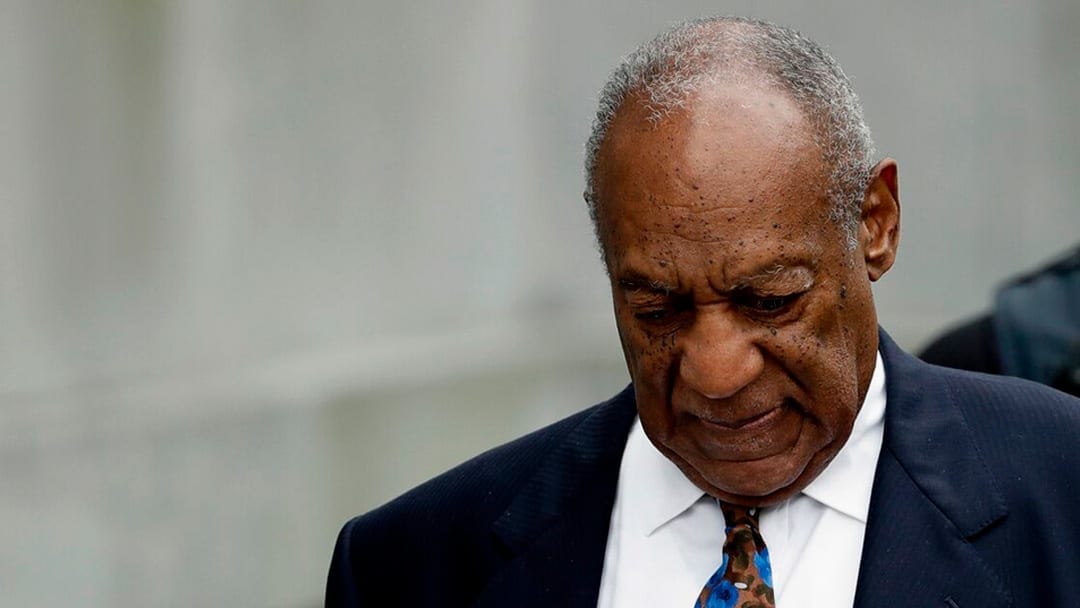 PHILADELPHIA (AP) — After spending years building his persona as a model husband and father, Bill Cosby took an abrupt turn nearly 15 years ago with a now-infamous speech to an NAACP convention.

He used his celebrity status to condemn poor African-Americans, chiding them to pull up their sagging pants, deriding them for having children out of wedlock and blaming them for their impoverished circumstances.

“Are you not paying attention? People with their hat on backwards, pants down around the crack. with names like Shaniqua, Shaligua, Mohammed and all that crap, and all of them are in jail.”

Cosby himself is now in a Pennsylvania prison cell, and many Black Americans see his sentence as a moment of racial comeuppance.

As they learned of Cosby’s three- to 10-year prison term for sexual assault, the same people who were his targets in the 2004 speech regarded his fate as a convergence of karma, hubris and hypocrisy. Some quoted Cosby’s own words in tweets announcing the sentence.

Cosby “made the decision to focus his attention on beating up on the Black poor, on telling the world that Black people were dysfunctional, pathological and undeserving of equal protection under the law,” said Temple University professor Marc Lamont Hill. “When somebody like that, who positions themselves as the moral authority of Black America, gets called onto the carpet, you ain’t getting no breaks here. People are going to be frustrated.”

Writer Michael Arceneaux said Cosby’s contempt for people who grew up in low-income communities, as Arceneaux did in Houston, left him with little sympathy for Cosby, who also hailed from humble beginnings.

“I found it enraging,” Arceneaux said of the “Poundcake” speech, so called because Cosby make a remark about Blacks supposedly getting shot in disputes over dessert cake.

“I knew he was a hypocrite. To learn how much pain he has caused to women over decades. I find it ironic. Those speeches proved to be his undoing. I’m glad he got what he deserved,” he added.

Cosby’s own words were a catalyst for his downfall. In a July 2015 memo outlining the decision to unseal a 2005 deposition in the case, a federal judge cited the speech: “This case, is not about defendant’s status as a public person by virtue of the exercise of his trade as a televised or comedic personality. Rather, defendant has donned the mantle of public moralist and mounted the proverbial electronic or print soap box to volunteer his views on, among other things, child rearing, family life, education and crime.”

“The stark contrast between Bill Cosby, the public moralist, and Bill Cosby, the subject of serious allegations concerning improper (and perhaps criminal) conduct, is a matter as to which the public has a significant interest,” he continued.

Cosby pointed to systemic irresponsibility, not racism, as the root cause of what was wrong with Black culture. But after his sentencing, spokesman Andrew Wyatt called Cosby’s trial “the most racist and sexist” in American history. He referred to the entertainer as “one of the greatest civil rights leaders” and accused the media, judge and prosecution team of prejudice against a Black man.

Cosby, who is 81 and legally blind, was the first celebrity of the #MeToo era to be sent to prison. The movement, which began a year ago, has centered around men in Hollywood, the media and politics. While several powerful men have lost their livelihoods and reputations, no one else has lost their freedom.

Tuesday’s sentencing came amid a firestorm surrounding the Supreme Court nomination of Brett Kavanaugh, who is accused by three women of sexual misconduct as a high school and college student. Kavanaugh has denied all of the allegations and is expected to testify Thursday before the Senate Judiciary Committee, along with one of his accusers, Christine Blasey Ford.

Rather than reveling in revenge for Cosby, the focus now should be on justice for all credible accusers, Columbia University political science professor Keith Boykin said.

“He disappointed me. He didn’t put anything in my drink,” Hill said. “As awful as he has been to the world, my commitment is not to punishing Bill Cosby. It’s getting justice for his victims.”