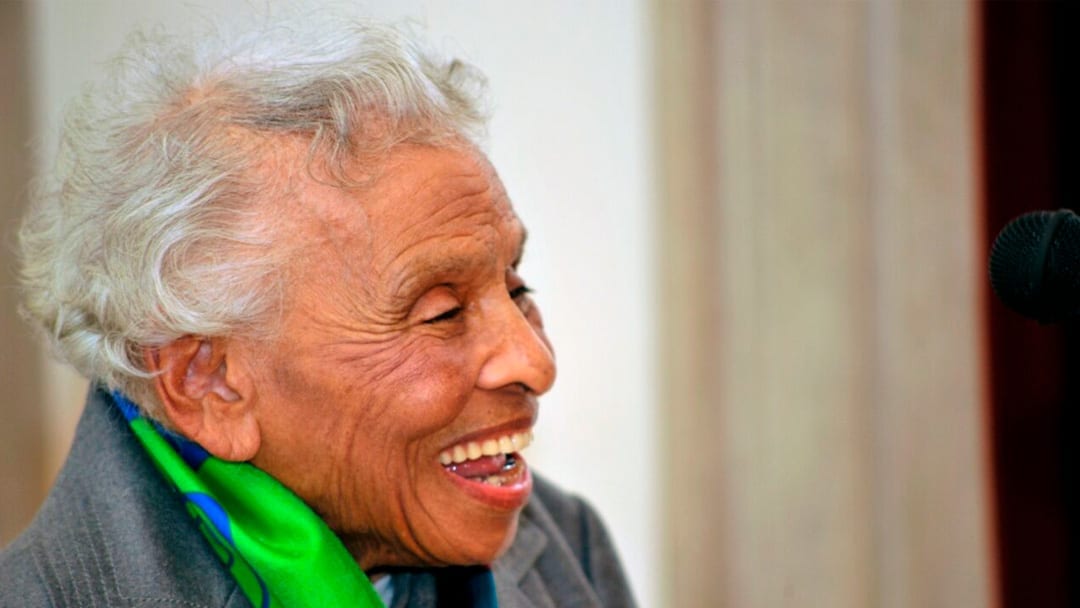 Oklahoma City, OK — Olivia Hooker, one of the last survivors of the 1921 Tulsa race riots and among the first black women in the U.S. Coast Guard, has died. She was 103.

Hooker was 6 years old when one of the worst race riots in U.S. history broke out and destroyed much of a Tulsa neighborhood known as “Black Wall Street.” She hid under a table as a torch-carrying mob destroyed her family’s home, she told National Public Radio in an interview this year.

She recalled hearing the mob use an axe to destroy her sister’s piano. For a child, she said, it was horrifying trying to keep quiet.

“The most shocking was seeing people you’d never done anything to irritate would just, took it upon themselves to destroy your property because they didn’t want you to have those things,” said Hooker , who died this week at her home in New York, according to her goddaughter.

The number of deaths from the riot was never confirmed, but estimates vary from about three dozen to 300 or more. The violence began after a black man allegedly assaulted a white woman in an elevator in Tulsa.

Following the riots, Hooker’s family moved. And during World War II, she became the first African-American woman to join the U.S. Coast Guard as a member of the Semper Paratus program, or SPAR, in which she prepared discharges for guardsmen returning from the war and rejoining civilian life, according to the Coast Guard.

“She was a national treasure, she was a very special lady,” Coast Guard spokesman Barry Lane said.

She went on to earn a master’s degree from Columbia University and a Ph.D. in psychology from the University of Rochester, and later worked as a professor Fordham University in New York, according to the Coast Guard.

Her goddaughter, Janis Porter, said Hooker died Wednesday at their home in White Plains, New York. Porter said her godmother had no surviving relatives. She didn’t provide a cause of death.

“Her mind was clear, no dementia. She was just tired,” Porter said Friday.