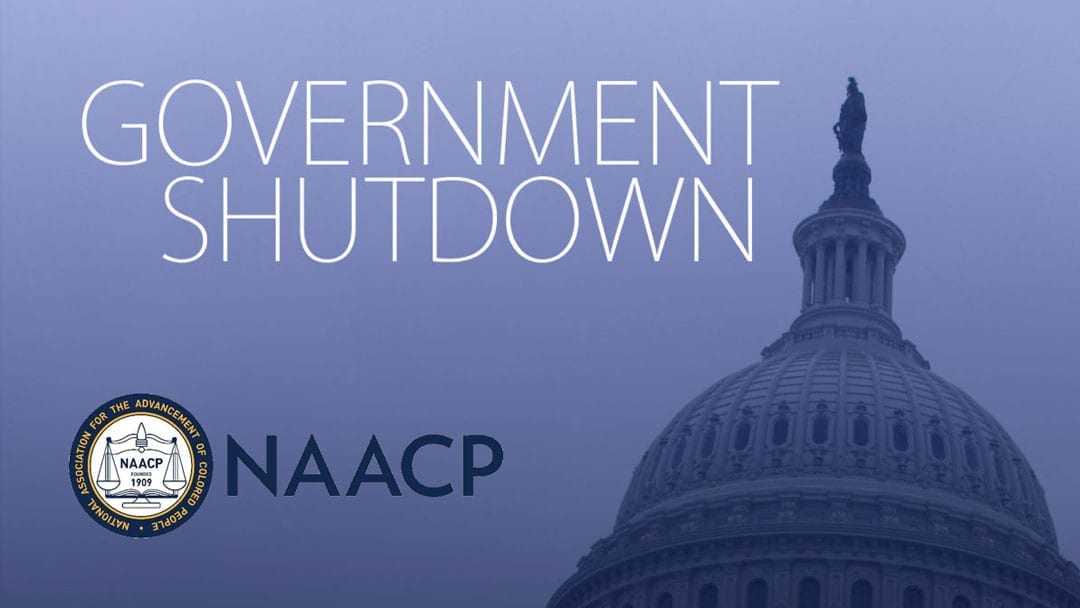 In a statement released last week the NAACP called on the White House and Congress to work swiftly to bring an end to the current, partial shutdown of the federal government in a way that does not compromise the integrity of the nation.

As the NAACP noted, “It’s unconscionable that Americans are forced to suffer the brunt and being held as political hostages because of President Trump’s unreasonable pursuit for a border wall we simply can’t afford and don’t need.”

The organization highlighted how the world has seen historically from Berlin to China, walls don’t work, and it is not an effective way to remedy America’s broken immigration system.

800,000 government workers have entered the fourth week without pay. The shutdown not only impacts these workers and their families but also millions of others who depend on government agencies.

Many government workers are continuing to share their stories via #ShutdownStories. As noted by the NAACP, it is clear from their postings that this shutdown has put them in an untenable position.

NAACP officials further shared their belief that the shutdown is nothing more than, “a veiled attempt to spread his xenophobic rhetoric to his base and scare others into thinking that this wall is needed while holding government workers as political hostages.”

the petition to end the government shutdown here: