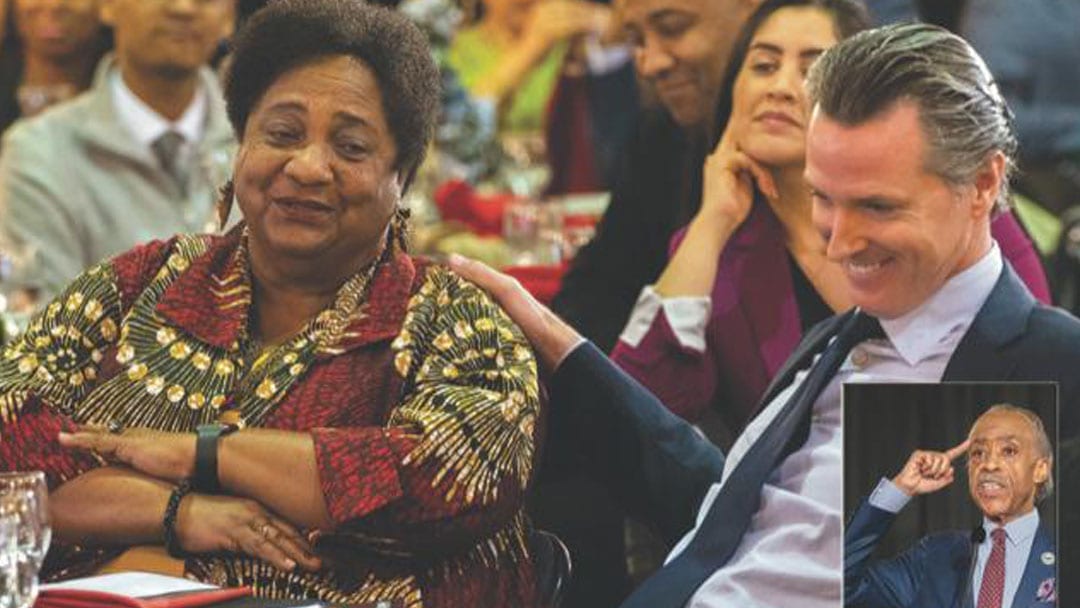 Sacramento — Gov. Gavin Newsom has been on the job for nearly two weeks and is already dealing with a teacher strike, a utility company that is threatening bankruptcy and the poor’s inability to access clean drinking water.

He also released a budget proposal that would consist of nearly $145 billion in general fund spending. Wildfires, housing, cannabis programs, the criminal justice system, immigration, paying down debts and retiree pensions were emphasized in his first state budget.

In the midst of various activities surrounding his work, Newsom was able to give remarks at the California Legislative Black Caucus’ “Martin Luther King Jr. Breakfast Celebration.” The event was held at the Sacramento Masonic Temple. The Rev. Al Sharpton gave the keynote address.

The California Legislative Black Caucus (CLBC) serves to ensure that pressing issues facing Black Americans in California are brought to the forefront of policy and budgetary decisions. Newsom praised the group for its continued work.

Newsom said, “What you guys have accomplished in the last four or five years is extraordinary. What you guys did should be a point of pride. It’s not about the legislature versus the executive. It’s about reconciliation, that we are all in this together.”

The issues that concern the Black community and California as a whole, were on display and the breakfast celebration in honor of MLK’s birthday was a fitting place for the governor and CLBC to solidify their partnership. Newsom said there needs to be a “commitment to different levels of engagement” to solve social problems.

“ … We are the most diverse state in the world’s most diverse democracy. I don’t think it’s a gross exaggeration to say that the world looks to us and every one of you to see that it’s possible to live together, advance together, and prosper together,” Newsom said.

Sharpton, who made the trip despite airline delays and the rainy weather, spoke to the audience about the struggles and accomplishments King endured in his 39 years of life. Of the many topics that he discussed, including his thoughts of how the White House is currently running the country, Sharpton reminded the people their role in King’s dream.

“So, celebrating Dr. King should also be the celebrating of the King in you, and the King in you is to fulfill the purpose you are here for — whether it makes people comfortable or not,” Sharpton said. “Don’t emulate a King. Be a King.”

Sharpton went on to describe exactly what it means to pattern oneself after a man who spent his lifetime fighting social injustice.

The MLK breakfast was the first event of the year for CLBC.

“We not only had members from the State Capitol, but we had members from Sacramento and up and down the state,” said Assemblywoman Dr. Shirley Weber, 79th District and chair of the CLBC. “The fact that we had our governor here, our Secretary of State (Alex Padilla), a Supreme Court justice (Tani Cantil-Sakauye), we also had a cross section of branches focused on King. All of the speakers focused on the issues, social justice, and us working on taking King’s message to our hearts.”

The program also included a presentation from Padilla.

Padilla presented the CLBC with a high-resolution copy of Assembly Bill 2684, authored by Hon. Willie Brown and signed by Gov. Jerry Brown, to observe MLK as a state holiday. Padilla shared the legislative history to get a bill passed to commemorate the Kings birthday as a state holiday.

“It had been three attempts earlier and each one failed. It meant that the caucus didn’t give up.  When we put things out there that are not embraced initially, we have the responsibility to keep knocking at that door,” said Weber.