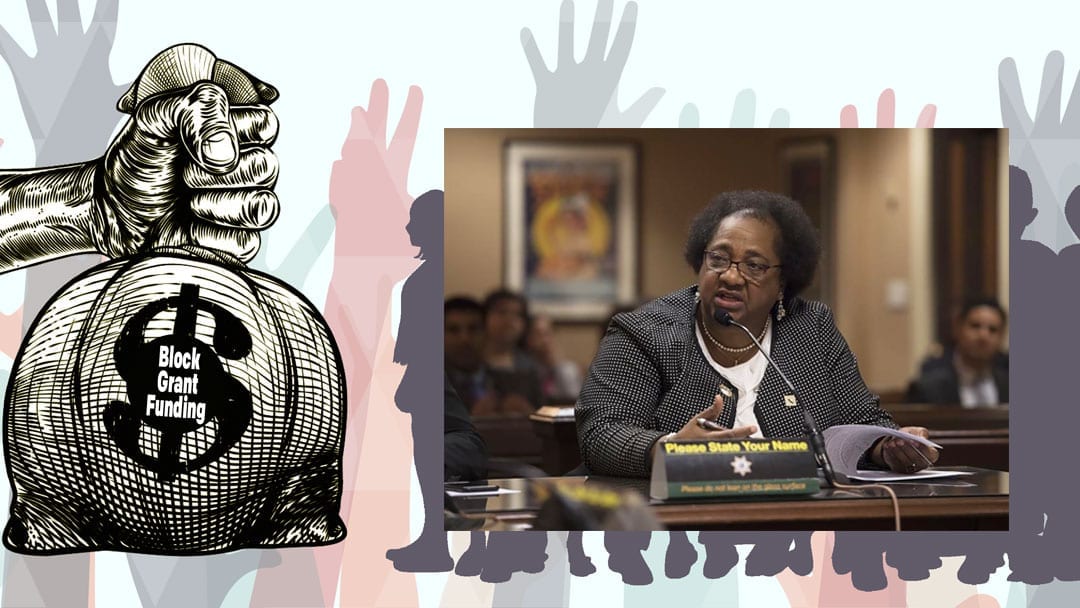 There is little question about the importance of closing the African American student achievement gap. It is more urgent today than ever before, yet for Black students in California, just as it is nationwide, although the goal of closing the gap is clearly attainable—it remains elusive.

In June 2018 former Governor Jerry Brown signed AB1808 authorizing the allocation of a $300 million block grant targeting low-performing students in the 2018-19 fiscal year. The money is intended to provide these students with additional support to increase their academic achievement.

The block grant legislation was sponsored by the California Charter School Association (CCSA) and authored by Assemblymember Shirley Weber (D-San Diego). The one-time funding is intended to help close the student achievement gap by increasing per pupil funding for over 150,000 of the state’s lowest-performing students. It will also drive additional resources to school districts, county offices of education, and charter public schools.

During negotiations for the 2018 Budget Act, Weber secured the CCSA sponsored funding request on behalf of the California Legislative Black Caucus (CLBC). When the budget was finalized and the grant funding secured, Margaret Fortune, Board Chair, CCSA and CEO, Fortune School of Education, who led the CCSA push for this funding stated, “CCSA is proud to have helped launch a public debate about educational equity and the steps that must be taken to improve educational outcomes for California’s lowest-performing students. With Dr. Weber’s leadership, alongside a diverse coalition of community stakeholders, we’ve taken significant steps to level the playing field for all students and look forward to continuing this fight.”

“It is important for educators to reaffirm that closing the achievement gap is not a recent effort in the United States; it is more accurately seen as an ongoing challenge—one that is now our turn to tackle, with both the wisdom of historical perspective and the scientific insight of research informing our approach.”
Marzano et al.

The bill as authored, however would have added Black students to the school funding formula because they are the lowest performing subgroup not already receiving additional state support. Fortune recently noted again, that this one-time block grant was indeed a compromise.

CCSA, Weber and the CLBC had sought to create an ongoing new grant under the Local Control Funding Formula to assure additional funding for the state’s lowest performing students who are African American as objectively assessed by test scores.   Brown, however, would only agree to $300 million in one-time funding for this purpose.

Although the negotiated compromise fell short of the bill’s funding intent it was still viewed by Weber and others as a huge step forward for thousands of students who are left behind academically year after year. She stated, “This funding will have strings attached, including accountability and transparency mechanisms, to ensure that the money gets to the students who need it.

The window is now open for schools to apply for the one-time additional $2,000 per pupil educational funding available through the Low Performing Students Block Grant.

As schools prepare applications for a share of the grant dollars, some African American student advocates in San Bernardino County have expressed concern that the district may not spend the money on Black students who are in the lowest performing subgroup. They are calling for public accountability and transparency as well as parent involvement in holding local education officials accountable.

She was one of the first Black students to integrate San Gorgonio High School in San Bernardino during the 1972-73 school year. The experience left her with searing memories of what it was like to be constantly at an impasse with the White students there; to be taunted by hundreds of angry White parents as they stood outside campus hurling epitaphs and insults with rocks and stones in hand.

“Coming from an all-Black school and going to an integrated school was quite traumatic,” she recalled during an exclusive interview with the IE Voice/Black Voice News. “I didn’t learn anything the whole year because of everything going on around me.”

Hart said she knew from her family, especially her mother, “We were opening the doors for other students to follow behind us. It built my character. It made me stronger, more independent and out spoken.” Reflecting, she recounted how she did not mind what she was asked to do, but it was an emotional experience for a young teen. “The part that hurt the most was the of the National Guard who were supposed to be protecting us. they were giving us the middle finger the whole time.”

“That really threw me for a loop,” she continued. “I was like you guys are supposed to be here protecting us, but you’re also out to harm us.” She confessed this made her angrier and more militant.

It was as much this experience as any other, that planted the seed of Hart’s student advocacy. Although her children are now grown, Hart has a granddaughter, Kamaya, who attends school in San Bernardino County.  “She attended Hardy Brown College Prep from Kindergarten through eighth grade,” she shared.

Hart described her granddaughter’s experiences at Hardy Brown College Prep as tremendously helpful when she made her transition to traditional public school in the ninth grade. “Kamaya has sustained all the core fundamentals of academia she learned there, and she has maintained high achievement marks in school.”

Kamaya currently attends Cajon High School where she is a stand-out basketball player who was highly sought by coaches across the county, Hart stressed her personal belief in the importance of having schools compete for you academically. “Sports come and go, she declared, yet proudly admitted Kamaya is doing a great job of balancing her sports with academics, “She is doing well.”

As a student advocate Hart has strong opinions about the block grant for low performing students and expressed concern that the money may be allocated in ways that limits the amount that will eventually make  its way to the African American student population in San Bernardino County.

Hart began by highlighting how the first LEA (Local Education Agency) apportionment released in fall 2018 had little impact on closing the achievement gap.

“When you take a look at the percentages relating to where the performance level of African American students has been historically and where we are now, it shows we still have a long way to go,” she asserted.

“We just want to make sure that under the new criteria—focused on the lowest performing students—continues. That we don’t lose the focus of what that money is intended to do—to target the lowest performing groups. And, when you look at it statistically, that definitely includes African American students. You can’t get around it,” she adamantly proclaimed.

Hart believes one of the ways to assure this happens is through parent engagement at both traditional and charter public schools.  “That includes organizations that do outreach to African American parents to get them involved in their school site council and that includes AAPAC .

She suggested if there is not one at your child’s school, develop one. “ an African American parent support group. You can name it , as long as you are convening Black parents together to work on an agenda to specifically ensure the block grant funding is targeted to African American students.”

Hart believes the only way parents can guarantee the funding is directed as intended is through parent engagement. “It is parent engagement on school campuses that will make the difference,” she explained. “Other than that, it is not going to work.”

“We cannot depend on other people to do that for us. You don’t have the Asians looking to the Blacks for solutions . “They are not putting their kids’ destinies in our hands,” she stressed as an example. “When you think about it. Who really does that? Nobody. Nobody but us.”

“When you know better,” she continued, “you do better, that’s my motto for 2019.” Hart said when it comes to the education of one’s children—the parents are making choices. “You don’t have a choice when you don’t know, but when you do know, you have choices.”

Parent engagement is common sense according to Hart. “We all know students are more successful when parents are engaged in activities, but we’ve seen them focus heavy on the sports side but on the academic side, we are not there. We are at the basketball games when what we need is for parents to be sitting in those school board meetings. When it comes to discussing strategies for closing the African American achievement gap, we are not there. So, when someone else is there and their voices are louder—the money is directed toward them that’s it,” she concluded.

Hart also noted the importance of parents investing time with their child when it comes to their education. “There are some parents who can invest financially for their child and then there are some parents who can’t. I would tell both parents the one thing everyone has equally is yourself.” She suggested parents should invest time in working toward their child’s educational success. “There is no dollar amount on that, it is just time.

Parents can be very impactful in their children’s lives by spending time on a week day asking how their child is doing in class? Discovering how things are going. They may discover small things that can help their child emotionally,” she expounded, harkening back to her days of integration at San Gorgonio. “A child needs to be emotionally secure, a parent needs to be there for his/her child.”

Hart also shared her thoughts on absenteeism as it relates to the block grant and in general. “We may secure all the money in the world and have the best programs at the school but if our kids aren’t in school because of chronic absenteeism, it is a big issue. If they’re not in school, it doesn’t matter what is in the school .”

Parent engagement, assuring students feel emotionally secure and making sure students attend school are three areas of focus where Hart believes African American parents can have a significant impact. “We can’t just say, ‘O.K., we want the money.’ We have to make sure there is a heathy foundation to pull it all together.”

In conclusion she stressed, “There are many more things that can be done, but these are the ones I feel are critically important.”