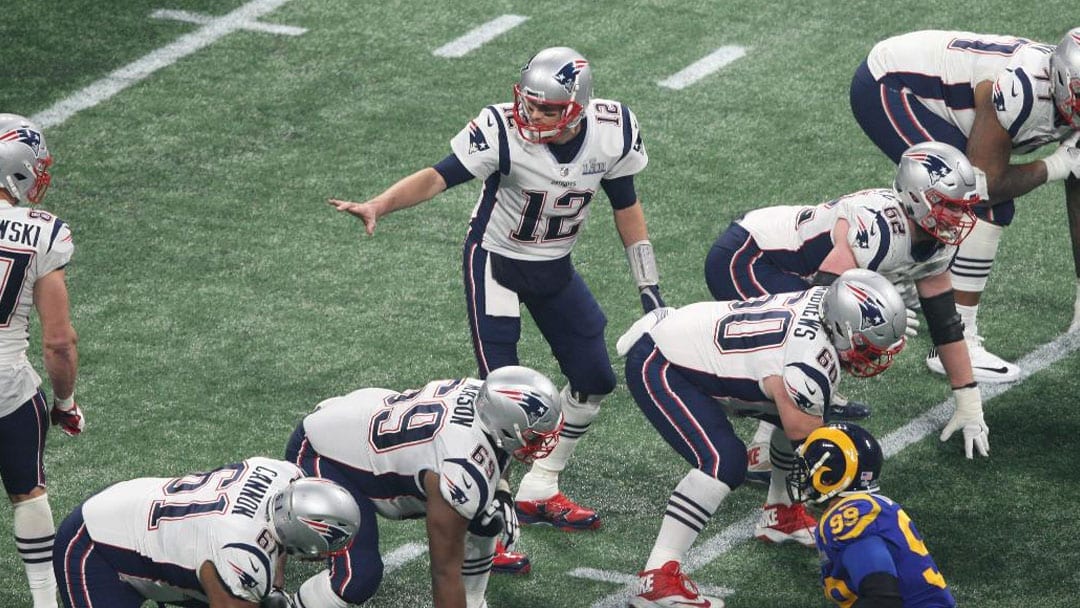 ATLANTA – Super Bowl LIII was intriguing in many ways as New England Patriots coach Bill Belichick and his quarterback, Tom Brady, both were chasing longevity records – the oldest coach and quarterback to win the coveted Lombardi trophy.

On the other hand, the Los Angeles Rams and head coach, Sean McVay, were chasing the youngest ever coach to win the big game, and, they were hoping for a repeat of  the team’s last Super Bowl appearance which was also held in Atlanta (XXXIV) in 2000, where the, then, St. Louis Rams outlasted the Tennessee Titans 23–16.

After four quarters of defensive, but intense football, and the smoke from the halftime show inside Mercedes-Benz Stadium finally dissipated, the 70,081 at the game and millions worldwide watching or streaming, conclusively, a winner was indeed anointed.

For a NFL record sixth time, the Patriots outlasted the upstart Rams and once again hoisted the valued Vince Lombardi trophy with its 13-3 triumph.

It took a classic Brady engineered five-play, 69-yard drive to record the first, and only, touchdown of the game and break a 3-3 deadlock, with Sony Michel plunging in from the two-yard line, making the score 10-3.

“All the titles are special, because they are all different,” Brady said. “We started the season 1-2 and people really started to doubt us, so our team used that as a motivator. We have some guys in this locker room with chips on their shoulder, but they know how to direct that in a positive way.”

The upstart Rams, who have returned home to LA, in its second year back on the West Coast, did win the NFC title to get in the Super Bowl, but New England played one of its best defensive games all season and shut down the No. 2 offense in the NFL this season.

“How about our defense, man?” Brady interjected. “They played unbelievable. The Rams defense was tough and they played really well. It took us awhile, but we grinded it out and finally had that fourth quarter touchdown drive. Fortunately, our defense really played their best game all season; it was an incredible win.

“We were moving the ball, we couldn’t convert enough. That was a great football team. They were at this point for a reason, they have a lot of great players, but we made just enough plays to get it done.”

Concurred Belichick: “We were able to move the ball some, but we couldn’t sustain drives and get in the red area or get in the end zone in the first three quarters. It’s a credit to the Rams defense. But when it really mattered, we made those kind of tough plays, tough catches, catch-and-run plays, breaking tackles for a few extra yards, dealing with third downs both on offense and defense is why we won this tough game.”

The 2018 NFL season showcased an offensive explosion throughout, breaking all kinds of records, but in Super Bowl LIII, both teams got defensive. 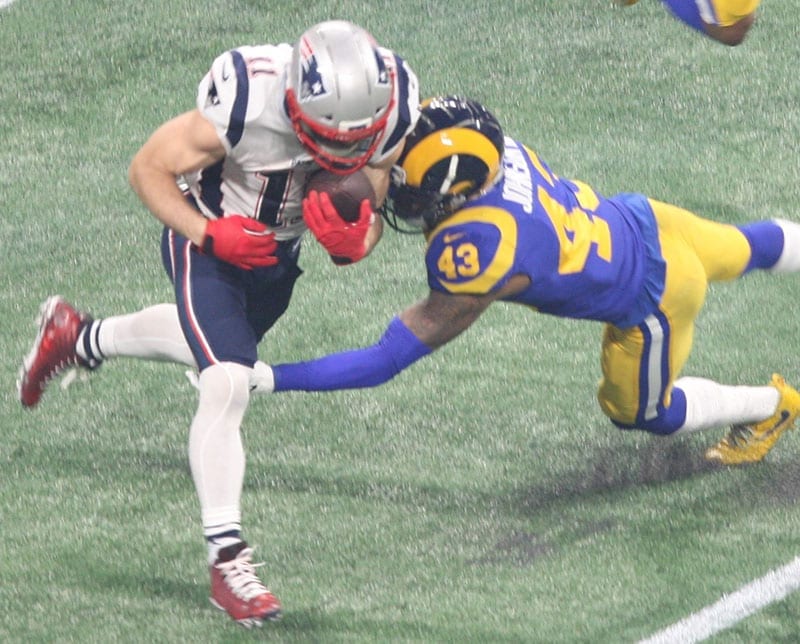 New England (14-5) fashioned a blue-collar effort allowing the fewest points in a Super Bowl (tied against Miami). With the victory the Patriots have now beaten the top two offenses. First the Chiefs and now the Rams (15-4), tying Pittsburgh for most Super Bowl team titles (6).

Together the Rams and Patriots collective 16 total points were the fewest points in Super Bowl history. The Pats 13 points was also the fewest in a game for a winning team.

Most surprising was the fact both quarterbacks, Brady and the Rams Jared Goff, did not toss a touchdown pass – another first in Super Bowl history.

Goff was harnessed by the smothering New England defense. He appeared at times to be unsure of himself. Still with the game within reach, he seemed to gather his poise and got the Rams clicking with on a 7-play, 48-yard, drive with a chance to tie the score. But he threw an interception to Stephon Gilmore that took the air out of L.A.’s sails.

“I though he (Goff) made some great throws to get us down in position,” explained Rams’ coach Sean McVay, the youngest to lead a team to the Super Bowl at 34. “The play clock was ticking down and he kind of threw it off of his back foot. I think the biggest thing is that the play selection didn’t really give him much of a chance. There is no other way to say it, but I got outcoached.”

Added Goff: “It kills! It kills and hurts me so much just knowing how well our defense played Tom (Brady). To play that well defensively and us not hold up our end of the bargain, it’s our job to score points, and we didn’t do that tonight.”

The Patriots playing in its third consecutive Super Bowl, winning LI with a record setting comeback versus the Atlanta Falcons, then losing last year in LII to the Philadelphia Eagles, mustered up just enough to earn the victory.

With the win Brady, 41-years-old, in his ninth big game, became the first and only player in NFL history to win six rings, and, he also earned the unique distinction as the oldest quarterback to hoist the Lombardi trophy. 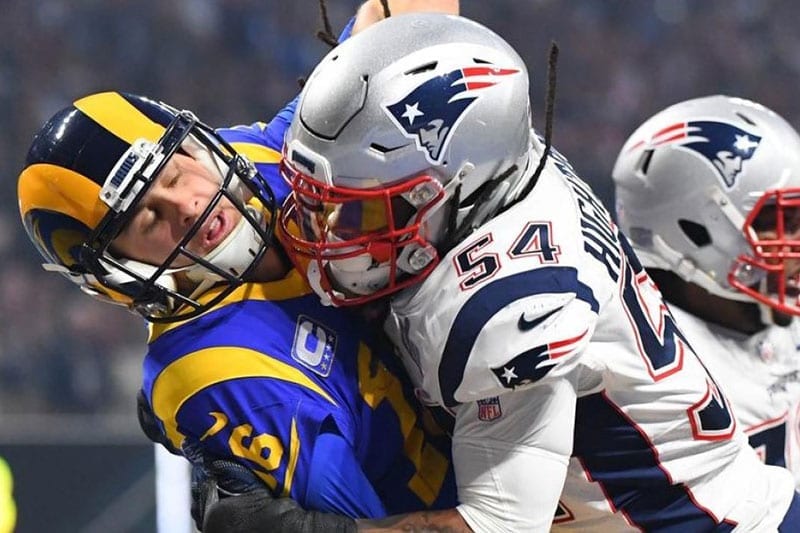 Julian Edelman was named Super Bowl MVP on the strength of his 10 catches for 141 yards. However, a case could have been made for Rob Gronkowski, who corralled six passes. Two of his catches covered 47 yards of the fourth quarter game-winning drive.

“Tom threw it to me and I had to make a play,” exclaimed Gronkowski. “Her knows to trust in me and throw that ball in coverage and I’m going to grab it.”

That he did, grab it. In fact, the Patriots collectively grabbed yet another Lombardi trophy.

Leland Stein can be reached at lelstein3@aol.com or Twitter @LelandSteinIII