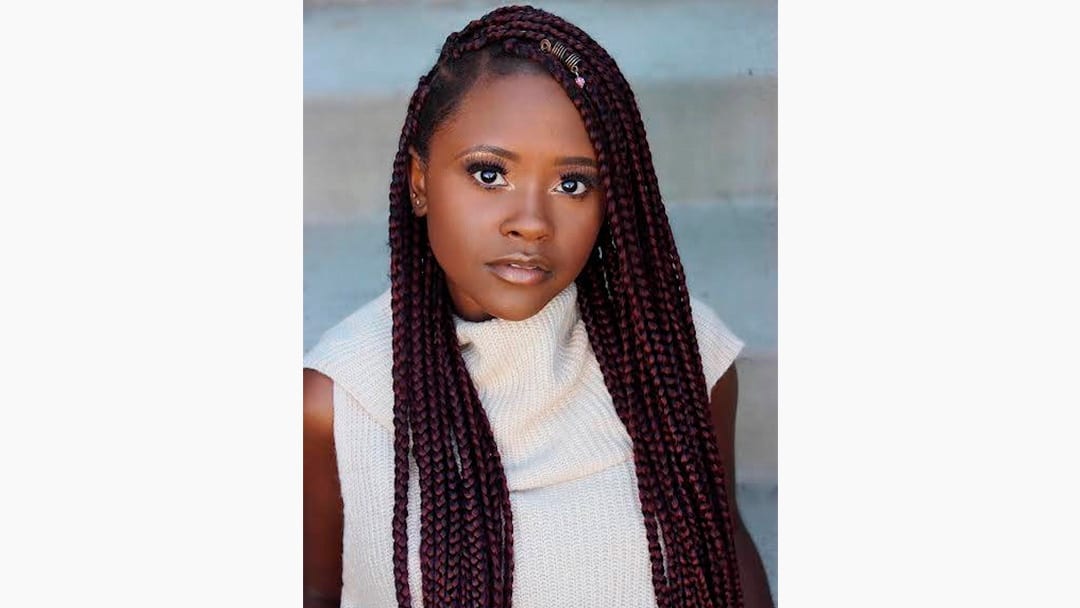 Black vegan visibility on the internet is currently on the rise. While Black vegans have always existed, there seems to be some mounting tension between Black Vegans and White Vegans as the visibility and politics of the former are brought to the forefront.

For example, in a 2015 New York Times article, Aph Ko, author of Aphro-ism: Essays on Pop Culture, Feminism, and Black Veganism from Two Sisters (2017) commented, “When you say ‘vegan,’ a lot of people tend to only think of PETA, which doesn’t reflect the massive landscape of vegan activism…The black vegan movement is one of the most diverse, decolonial, complex and creative movements.”

I do not personally encourage the use of the word decolonial, as its metaphorical use obscures conversation about Indigenous sovereignty through land restoration and armed struggle against the State. With that said, I do believe that it is an anti-colonial effort. Anti-colonialism would imply an intentional movement or attitude against the implementation or proliferation of colonial ideologies.

As a dietary preference, veganism has gotten a bad rap over for the perceived militancy and dogmatism of its constituency. However, it seems that the tenets of White veganism differentiate from most Black vegan ideologies in a critical manner.

As stated before, for most Black vegans, it is an anti-colonial move towards rejecting the mass production of food in the western context. For White vegans, the main arguments have been for the environment, animal rights and for overall health reasons. Though all are valid driving reasons, they are often deployed without any race, class and anti-colonial analysis.

There are Black vegans, like Keiera Bradley, who want to shed a different light on veganism that urges us to reconsider our conversation about its accessibility. She explained, “I really do think that the top reasons that black people aren’t receptive to veganism is because every time someone wants to be vegan or its being talked about, there’s a white face attached to it. Mainstream media makes sure that the only representation that we have of people who have access to healthy food are white women in particular.”

To Keiera, the lack of representation and financial literacy within the Black community are cause for difficult transitions to veganism. She is a huge advocate for the use of EBT and other forms of food assistance when making strides towards a more plant-based or vegan lifestyle.

Her journey began in 10th grade while she attended Inglewood High School in Inglewood, California. After watching the popular documentary, Food Inc., she decided she was going to stop eating meat for a month. “My friends were like “No, you’re not.” In Inglewood, they used to serve hot links and my friends and I used to get hot links every freakin’ day. It was like a ritual. So, they were like “No, you’re not. You’re not gonna eat anymore hotlinks?”

At the beginning, “I wasn’t super passionate about it. I wasn’t an animal activist. I was just like, “Yo, I just wanna stop eating it for a minute and see how I feel,” remembered Keiera. “So, I started it and a month turned into another few months. That turned into something way bigger, and I stopped eating all meat completely. I was a pescatarian for 8 years.”

During high school, she visited University of California Santa Cruz, which is now her alma mater, via Destination Higher Education . After the trip, she had concluded that this would be the college that would help maintain her lifestyle. “I felt like because of the white culture out there it was hella normalized to eat good, and eat healthy. Going to Santa Cruz kept me motivated with the Meatless Mondays and all the vegetable options. I was still pescatarian and eating some seafood.”

During Spring 2017, her friend introduced her to pathologist, herbalist, biochemist, and naturalist, Dr. Sebi. He studied and personally observed herbs to develop a methodology to healing the human body with herbs in North America, Central and South America, Africa, and the Caribbean. He garnered 30 years of experience before his passing. Keiera’s main focus is on the physical functioning of Black people and the community’s diet and bodies and is heavily influenced by Dr. Sebi’s work.

When it comes to conversations about the Black community and the benefits of veganism, most Black vegans are met with resistance. “While some people do have excuses, I really do think that the top reasons that black people aren’t receptive to veganism is because every time…there’s a white face attached to it, ” Keiera explained.

“Mainstream media makes sure that the only representation that we have of people who have access to healthy food are white, especially white women. Even watching Food Inc., the only people that I see reflected in these documentaries that talk about health are white people. When they don’t include a narrative from someone who comes from your reality, it’s kind of a far-off idea. I can’t really and don’t blame people for not being super enthusiastic because people don’t really see themselves in that reality. Mainstream media contributes to that. Another reason is that we don’t have the same type of resources in the community that others have.”

In her veganism journey, Keiera noticed how the Black community isn’t taught to be financially literate when grocery shopping. “The way that black people learn how to use money—financial literacy—is not high in our community. We don’t have a lot of education around money. Who has the time when you’re working to pay the bills to get up and make a breakfast and blah blah. It’s not that we don’t have the money. It’s that we don’t know how to spend the money. A lot of us are getting CalFresh and EBT benefits with kids. It’s not that they don’t have the money, it’s that they don’t know how to use the money. If you buy in bulk, you can actually save a lot more money if you buy a can of beans. There are a lot of things that people need to take the time to sit down and explain to people that are living in impoverished communities.”

She expounded upon how, in her experience, the geographical location, demographic and economic composition of Santa Cruz exposed her to farmer’s markets, Whole Foods and Trader Joe’s. “My location changed my whole viewpoint. If you stay in the hood, your perception is only going to be of the hood. There’s very little you could do outside of that unless somebody comes to put you on. That’s where I come in at.” 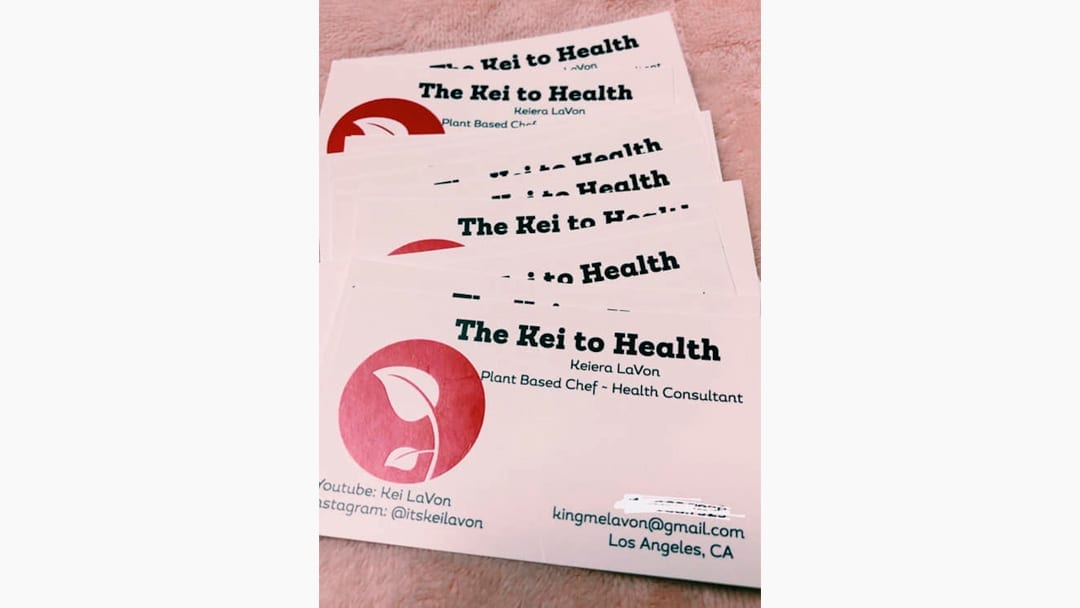 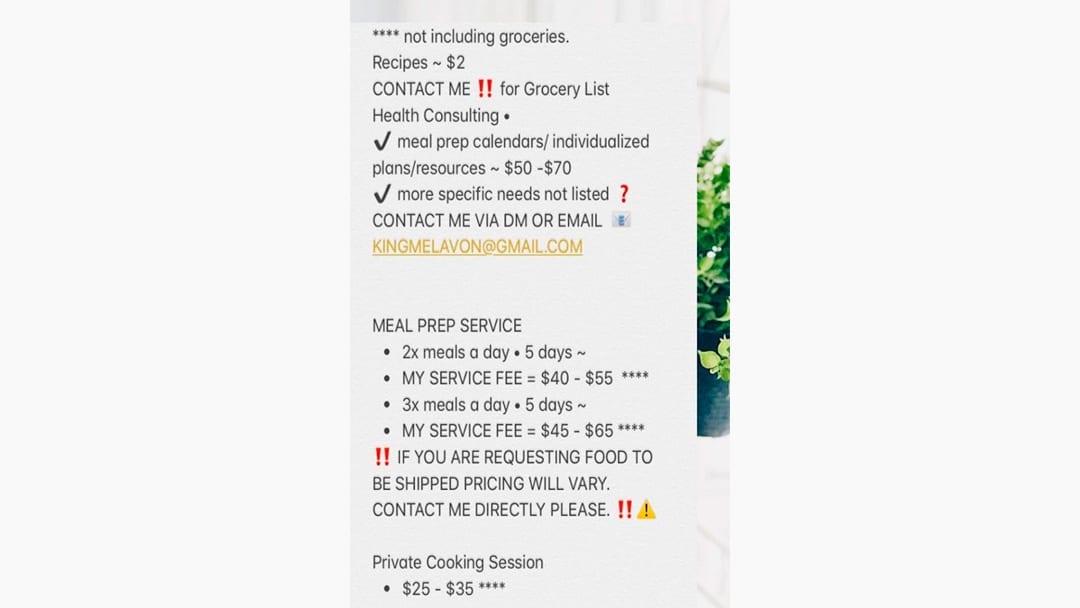 Keiera is currently a graduate student at the University of Southern California while maintaining her own vegan lifestyle and building her plant based business. Through her business, “The Kei to Health by Kei Lavon,” she provides a number of accessible, informative services like a YouTube channel where she provides free recipes and cooking demonstrations. In addition, she also provides meal prep services (either in-person or on the phone). This service aids those who may not know where to start with their plant-based journey or who don’t have time to cook vegan meals for themselves. “People are free to go on my page and I can remake things. Or, with the last client I had, she gave me a list of foods and I freestyled based on what she liked. I made sure not to include things that she didn’t like.”

Keiera and her business partner, Brea, are working a website called Plant Based Soul which provides blogs on different topics like: how do I transition in a house full of non-vegans? What do I do if I’m a potluck and they don’t have food for me there? The site also provides reference blogs, book recommendations and resources from different people of color and Black people.

Her main goal with her meal preps and health consulting is not the same as the mainstream shame-based rhetoric that is often seen in white vegan discourse.  “I’m vegan for my health. I think that’s one of the main differences between white vegans and Black vegans,” she asserted. “I don’t care if your angle is to be vegan or not. That’s not why I’m doing this,” emphasized Keiera. “If somebody just changes their diet to be more plant based, then I’m happy with that. If you’re eating five-day meal prep from me, that means that you’re only eating plants, grains, and things I’ve picked up for you. If you come back and say, I only eat meat two times a week now, that’s an accomplishment to me.”

Keiera and many other Black vegan or plant-based folks like her continue to the impactful, important work of creating holistic accessible and educational approaches for the Black community. For more information or to contact Keiera about her services, visit her Instagram page @itskeilavon, the Plant Based Soul page @plantbasesoul or her YouTube page: KeiLavon. You can also support her GoFundMe to get her business, The Kei to Health, trademarked.