Governor Newsom on The Emergency Order, Republican Party and His Coming Presidential Endorsement 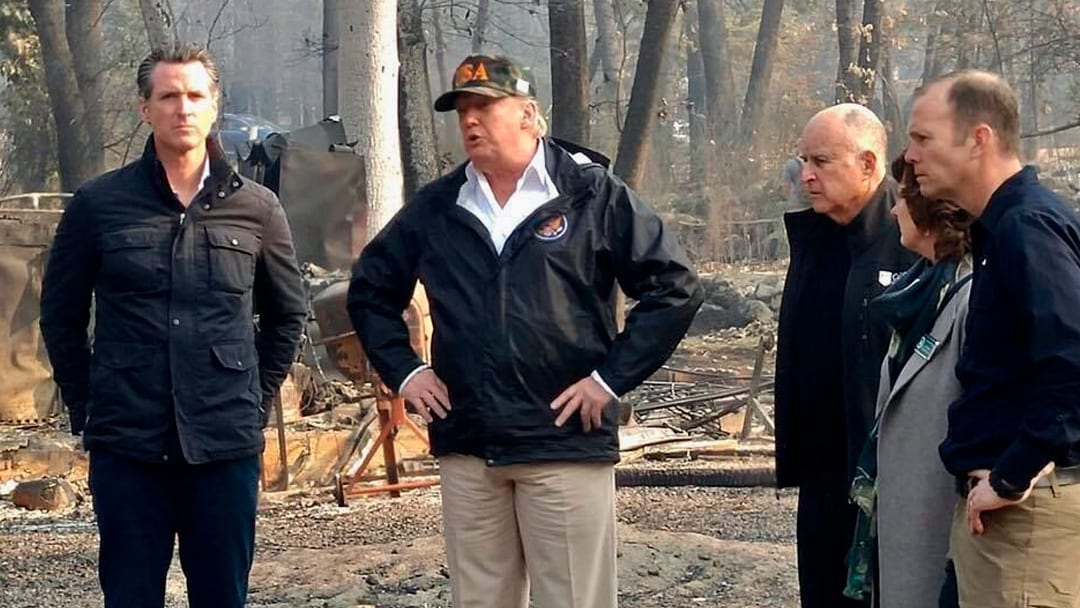 Friday during an exclusive interview with the host of MSNBC’S “All In With Chris Hayes,” California Governor Gavin Newsom spoke freely on several hot topics, and in the process revealed his choice for the democratic party’s 2020 candidate for President of the United States.

The discussion began with Newsom explaining his resistance to the president’s National Emergency Declaration. The president announced the declaration Friday, upset that the compromise spending bill passed by Congress which only allowed $1.4 million for fencing along the southern border in Texas—far less than the $5.7 million he’d demanded to expand the border wall along the entire southern border—a promise he made during the 2016 Presidential campaign. He promised a concrete wall that would be paid for by Mexico.

With Friday’s Emergency Declaration, the president promised to re-appropriate about 6.6 million dollars combined from Defense and Treasury Department programs.

“California will see you in court.,” Hayes said quoting Newsom in his set-up to the interview. He proceeded to ask Newsom, “What is your state going to do about the declaration today?”

According to the governor, “California is prepared to continue to remind the American people this is a manufactured crisis.” He explained how border crossing up to 2017, was at the lowest level since 1971. And that most illegal drugs are seized at the nation’s ports-of-entry.

“California’s prepared to work with the administration,” he stated, “but not on the monumental stupidity of a wall.”

The governor was also asked about his recent decision to recall the state’s National Guard from deployment at the southern border.

“Because it was the right thing to do,” he answered. “We don t want to participate in this show any longer. The president announced he wanted to put 3,750 additional military personnel on the border. It makes our 360 National Guard troops look pretty trivial and insignificant.”

The discussion then turned to California’s border wall, placed in the wake of the 2006 Secure Fence Act. Most of the state’s 140 miles of border with Mexico is fenced. When asked if he would take it down, Newsom explained he was not prepared to say that and acknowledged his belief that it is appropriate in certain areas and inappropriate in other areas. He noted how 2,000 miles in the wilderness as unnecessary, calling it a waste of time, energy and resources.

However, he feels differently about such security at major points of entry. He expounded, “There are appropriate places for barriers, but I don’t believe we should be playing into the current discussion; particularly with a president that could not even spend the money that Congress appropriated him last year.”

According to Newsom, the president spent less than 10 percent of the 1.7 billion dollars Congress gave him over a year ago. “If he can’t even get that money invested, why are we having a conversation over the notion of an emergency, he asked rhetorically?

The discussion ventured into the area of the president’s impact on the viability of the Republican party with Newsom noting how America in 2019 reminds him of California in the 1980s and 90s—a period when California, under the stewardship of former Republican Governor Pete Wilson, bent to the worst instincts of xenophobia and nativism.

Wilson championed measures like Proposition 187, which prohibited illegal immigrants from using health care, public education, and other social services in the state]; Proposition 209, which halted government-sponsored affirmative action programs; and Proposition 227, which banned bilingual education, among others including aggressive crime measures like the infamous three-strikes law.

“ measures based on fear of other people,” Newsom highlighted. “Now, here we are in the nation’s most diverse state. With the nation’s most diverse democracy—27 percent of Californians are foreign born,” he shared explaining that California is now a majority-minority state. “The Republican party now has a 3rdparty status in California. Donald Trump is walking the Republican party off the same cliff Wilson walked them off in in the 80s and 90s.”

The conversation then ventured into a discussion about presidential politics. Hayes noted how California Senator and declared 2020 presidential candidate Kamala Harris had recently secured some high-profile endorsements including those from Congresswoman Barbara Lee (D-Oakland) and long-time labor organizer, Delores Huerta.

“Do you have someone you are endorsing in this campaign ?”

Newsom responded without hesitation, “You asked me, and I will let you know—I am very enthusiastic about Kamala Harris,” adding, “I will be endorsing her.”

“I know her well,” he stressed. “I’ve known her for decades.”

Although Newsom had not previously made a public endorsement of Harris he commented, since Hayes asked, he was willing to respond. Hayes appeared happy to have the scoop.

Newsom went on to praise Harris for what he defined as her extraordinary job as District Attorney with what he described as a “very progressive record.”

“I watched her up close as attorney general,” Newsom continued. “And, I have the privilege of working with her as U.S. Senator.”

In conclusion, the governor proclaimed of Harris, as the possible future president of the United States, “I think the American people could not do better.”

Header Photo: Harris, Newsom and one of Harris and Newsom together– all pics taken from Facebook.