Governor: “This is not Flint, Michigan. This is the state of California.” Newsom To Tackle State’s Water Issues 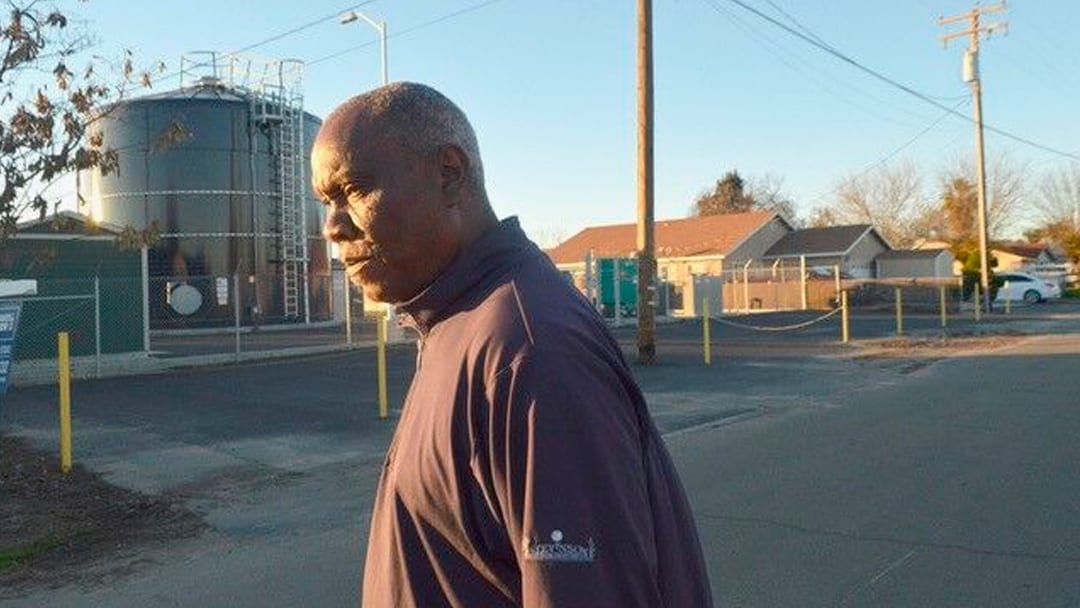 Gov. Gavin Newsom is off to an ambitious start as Governor of the fifth largest economy in the world. His first budget proposal set a record $209 billion towards addressing the needs of Californians.

Last month, at the Dr. Martin Luther King celebration breakfast, hosted by the California Legislative Black Caucus in Sacramento, Newsom mentioned visiting Monterey Park Tract located in the Central Valley a few days before the breakfast with members of his administration.

Like Flint, Michigan, Monterey Park Tract residents have a water problem that has existed for decades.

Monterey Park Tract is an unincorporated community in East Stanislaus County, with about 133 residents six miles southwest of Ceres. It’s in a remote area surrounded by dairies and acres of land.

This community was an area that was predominantly inhabited by African Americans. Today many of the black residents still own portions of the community but second and third generations have migrated to other areas.

Daniel Simpson first moved to the area from Richmond, California with his family in the 1950s. He was in attendance when Newsom made his visit days after being sworn into office. He is concerned about the water and the future of Monterey Park Tract.

Simpson, an African American male who moved back to the Tract after his mother passed away, said he spends “about $20 to $30” each month on bottled water.

“I don’t know what the future of Monterey Park Tract will be,” Simpson said. “There’s nothing but love out here. We all live here together. However, I do hope the Governor can help us and other communities in the state that are having the same water problems.”

Monterey Park Tract was once populated with black people who migrated to the area in the early 1940s. Those numbers have dwindled over the decades. Only 12.8 percent of the residents are black, according to the 2010 United States Census records.

California cities and communities of color across the state have historically had water access and quality issues. From rural places like the town of Allensworth, now a historic state park located 30 miles outside of Bakersfield to cities like Compton located in Los Angeles County.

In a news story reported by Our Weekly newspaper, Sativa Water District based in Compton made headlines last year when the water district was taken over by the Los Angeles County Board of Supervisors for failing to provide clean drinking water, misappropriating taxpayer dollars, and causing a financial burden on its low-income residents.

Gov. Newsom said, “the Monterey Park Tract situation is an example of why California must get serious about its issues and lock into a commitment to different levels of engagement to solve the problems.”

Monterey Park Tract’s water is not safe for drinking, despite a seven-mile pipeline from Ceres, the residents are still worried about arsenic, manganese, and nitrates that have polluted their habitat.

“Literally, dozens of residents can’t bathe in water that they are paying for that cost one-and-a-half times more than water cost for customers in Beverly Hills,” Gov. Newsom said. “That is a fact in our state. They can’t even bathe because they get rashes. This is not Flint Michigan. This is the state of California.”

Dale R. Hunter, a founder of the Hunter Group and an expert on water issues for the Metropolitan Water District of Southern California, said “Newsom’s visit to Monterey Park Tract was unique. It looks like he’s trying to get out in front of it,” Hunter told CBM. “Where you live in California dictates what the type of quality of water you are serviced.”

Hunter explained California’s water fight dates back to the 1800s during the Gold Rush. As many people migrated to this state and the population continued to grow, a result of this massive growth placed a strain on the government to distribute the water supply by need.

According to Hunter, there are resources collectively available to deal with some of California’s water challenges but acknowledged the lengthy permitting time it takes to get projects completed and smaller districts limited capacity to apply for grants.

“There is about $25 billion in local infrastructure projects that are on the books today,” said Hunter. “From San Diego County, Los Angeles County, Central Valley, and the Bay Area.”

Newsom addressed some of these issues in his proposed budget released in January for safe and affordable water to help impoverished communities such as Monterey Park Tract. Over $168 million would fund technical assistance, emergency water supply, and safe drinking water projects across the state.

As for Simpson, he recounted great childhood memories growing in this community and how many grandkids spent their summers with grandma hunting, fishing, and playing in the alfalfa fields.

“I was happy to see him come because there are a couple of little ladies dancing in heaven,” said Simpson. “To see the fact that the Governor took the time and really be interested in what is going on.”

Look for Part II of California Black Media’s series on water issues and how they affect the Black community of California.

Header Photo: (Photo courtesy of Antonio R. Harvey) Daniel Simpson walks past the water storage facility on the property of Monterey Park Tract. Water is transported six miles from the City of Ceres.