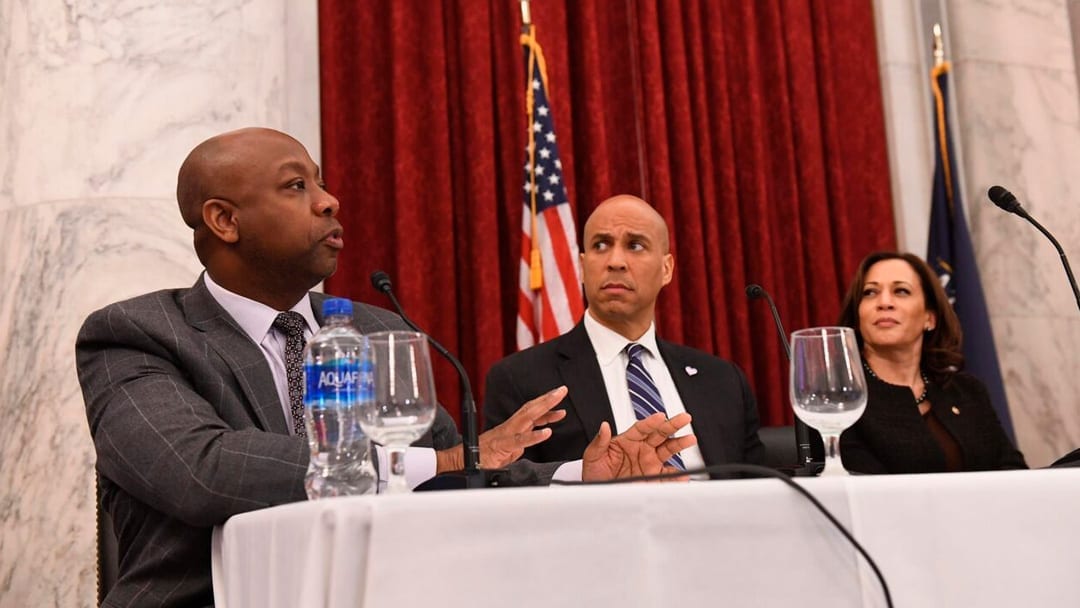 According to data from the Equal Justice Initiative, lynching was used as an instrument of terror and intimidation 4,084 times during the late 19th and 20th centuries. Shamefully, from 1882 to 1986, Congress failed to pass anti-lynching legislation 200 times.

Last week, the nation’s three Black Senators Kamala D. Harris (D-CA), Cory Booker (D-NJ) and Tim Scott (R-SC) joined together and asked for unanimous consent from their peers on the floor of the United States Senate to pass the Justice for Victims of Lynching Act—historic legislation that for the first time in American history, would make lynching a federal crime.

Despite the historic nature of this legislation, it is easy to view these senators’ actions with a tinge of cynicism.

Afterall, both Harris and Booker, as declared candidates for president of the United States in 2020, are seeking to buoy their bona fide with African Americans voters. Both have come under fire from various segments of the Black community for previous actions each has taken on issues as wide ranging as criminal justice regarding Harris, to Booker’s purported ties to Wall Street, etc., actions critics feel were not in the best interests of Blacks. While Scott, as a member of the Republican party, has been relegated by many in the African American community, to the ranks of those described as “self-hating” Blacks.

Last year under Harris’s stewardship, the senate successfully passed the same legislation, however the house never took it up. Following Thursday’s unanimous vote, the measure once again moved to the House where, now under the Democratic leadership of Nancy Pelosi, the measure is certain to prevail.

If signed into law, the Justice for Victims of Lynching Act, will acknowledge the violent and racist legacy of lynching and add it to the federal list of hate crimes.

“Lynchings’ were acts of violence—they were horrendous acts of violence, and they were motivated by racism,” Harris declared. “With this bill, we finally have a chance to speak the truth about our past and make clear that these hateful acts should never happen again. We can finally offer some long overdue justice and recognition to the victims of lynching and their families.”

The vote came on the heels of more than a century of efforts to outlaw lynching that failed to pass. Booker noted Thursday. “Lynching is not a relic of a painful past—it is a present and pernicious evil that we still have yet to confront, he said continuing, “Today’s Senate passage of the Justice For Victims of Lynching Actis a historic step towards acknowledging a long and painful history and codifying into law our commitment to confronting bias-motivated acts of terror in all of its forms.

I urge the House of Representatives to take up this bill so that after over 100 years and 200 attempts, we can finally make lynching a federal crime.”

“Today the Senate sent a strong signal that this nation will not stand for the hate and violence spread by those with evil in their hearts,” said Scott.“I look forward to this important legislation ending up on the President’s desk for signature.”

The Justice for Victims of Lynching Actis strongly supported by the NAACP, the Anti-Defamation League, and the Equal Justice Initiative.