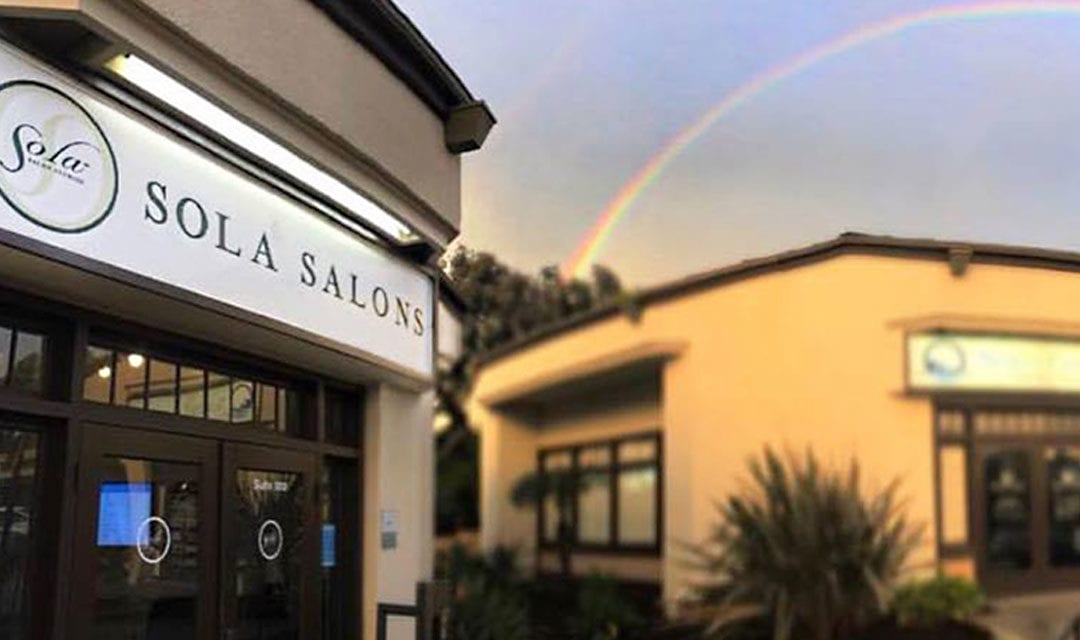 “African American buying power is at 1.1 Trillion dollars and yet only 2 cents of every dollar an African American spends in this country goes to Black owned businesses. – NAACP

“Over the years, beauty salons and barber shops have come to provide a unique social function. . . Scholars often cite these sites as “sanctuaries . . . locations where Black people could be vulnerable and talk about issues of importance in the community.” With these few words, the Smithsonian captured the essence of these institutions.

Beyond the primary position of Black churches in the African-American community, barbershops and beauty salons hold a key place as a hub where community, culture and commerce intersect; where young Black people see the promise and possibility of entrepreneurship, where issues related to the health and wellbeing of Black people are weighed in the balance of society at-large, and where political fortunes can rise or fall.

Now, however, there is growing concern this may all be about to change—at least here in California. A ruling by the state supreme court in “Dynamex Operations West, Inc. v. Los Angeles,” last April, called for the reclassification of many independent contractors—a group considered the backbone of the Black haircare and other industries. This could push many individuals out of business and/or change the significant role barbershops and beauty salons play in Black culture and politics.

With its ruling, the court abandoned a standard used for years to determine a worker’s status as employee versus independent contractor. The ruling seemed perfect for the Dallas-based truck drivers who filed the claim against Dynamex because the company had wrongfully reclassified its drivers as independent contractors, possibly to avoid the associated overhead costs associated with employees which can cost businesses an additional 20 to 30 percent. Although the ruling may be perfect for Dynamex drivers, it delivered a major blow to the Black Hair Care industry among others.

Now, several segments of the economy are left wondering whether the court’s strict “ABC” requirements for classification as an independent contractor, will now disqualify them as such in industries like construction, transportation, manufacturing, retail, agriculture, professional/business services, etc.

Although difficult to quantify, by some estimates there are as many as 100,000 practitioners in the beauty business in California which includes barbers, beauticians, manicurists, etc. that might be impacted by the Dynamex ruling.

Black barber/beauty shops owners and operators are working to understand what the Dynamex ruling means to their business models, and whether complying with the new “ABC” test for independent contractors will be too cost prohibitive for them to continue in business. 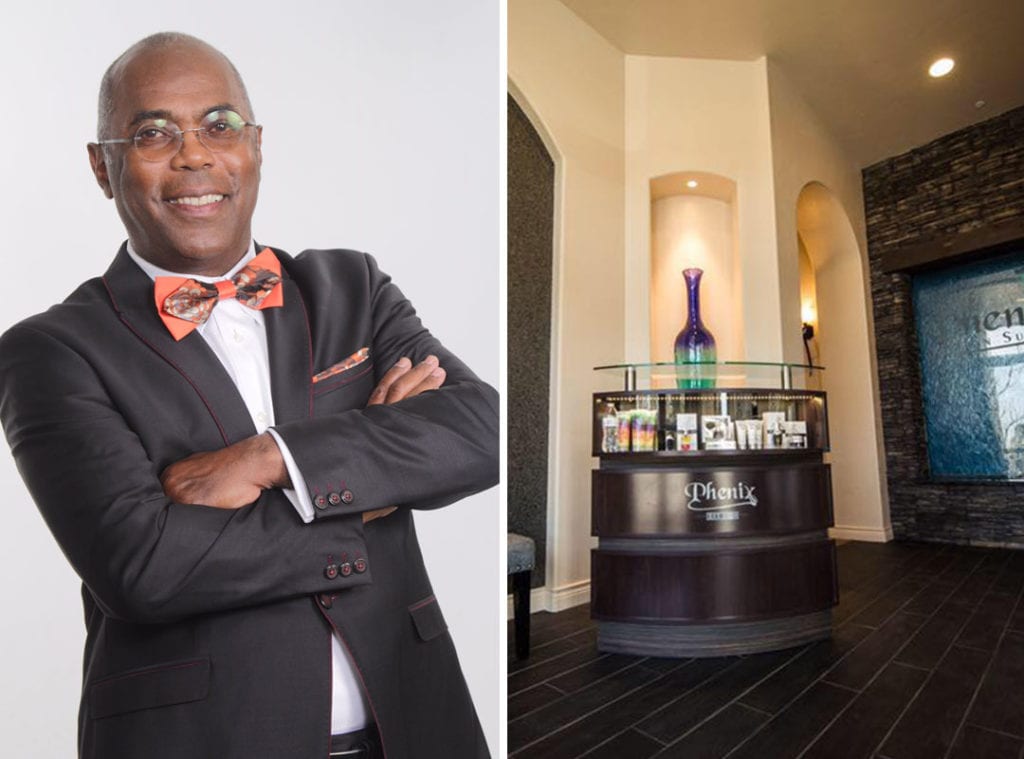 Entrepreneur Lorenzo Griffin, owner of Laran Hair Care products, Phenix Salon, one of many salons leasing space out to barbers and beauticians so they can be in compliance with the State Supreme Court ruling.

One industry entrepreneur is committed to educating the members of the hair care community about this issue and advocating for legislative relief in relation to the Dynamex standard.

Lorenzo Griffin has been in the hair industry for nearly 33 years. “I started out working for Dudley’s Q® Hair Care Products, a wonderful company, for twenty years,” he began. “My wife and I started Laran Hair Care Products for Salon Professionals and we now market our products exclusively in beauty shops, barbershops, and beauty schools.”

Because of their business, the Griffins are in the unique position of seeing the hair industry from all angles. “The beauty salons and barbershops are retail centers for our products,” he explained. The Griffins have made a business choice to market only to Black salons and barbershops versus beauty supply stores (most of which are not Black owned) as a way to help ensure their Black dollars are recirculated within the Black community.

This limited circulation coupled with the reality that African-Americans are about 14 percent of the nation’s population but are only responsible for 7 percent of the nation’s small businesses—presents one more reason to be concerned about any ruling that will erode the entrepreneurial base of this community—a very real possibility for barbershops and beauty salons with the Dynamex mandate.

Griffin learned about the Dynamex decision as a member of the Professional Beauty Association (PBA), a multi-cultural organization with nearly 100,000 members focused on issues of importance to the beauty industry. He also got news of the decision from a Northern California hairstylists and friend, Carmen Richardson, who posted information about the ruling on Facebook.

Griffin immediately thought about the impact the court’s ruling could have on Blacks in the industry and got busy spreading the word. His efforts have taken two tracks. First, he remains in close contact with PBA and the organization’s lobbying efforts in Sacramento. Secondly, he has worked with clients like Menifee-based hairstylists, April Furnace, who connected Griffin with a human resources expert who has supported Griffin’s efforts to help strengthen the barber/beauty community’s understanding of the court ruling.

“I’ve had a total of four meetings on this topic,” Griffin shared as he acknowledged the meetings were so well attended, there was standing room only. “I’ve met in Ontario twice, Hawthorne once, and San Diego,” he added.

Some of the meetings featured Human Resources Specialist, Marcel Furnace. “He gave a lot of really good information.”

PBA Attorney Daniel Muller also participated in one of the sessions. “He also gave a lot of good information as well as a sense of hope that we can persevere if we modify our businesses adequately.”

The modifications recommended Muller included the importance of having a Cosmetology license, “Most already do,” Griffin stated. According to Muller, the stylist should also have a business license in the city where they work, liability insurance for their business and importantly—a contractual agreement between the salon owner and the hair stylist confirming that the stylist is totally independent.

According to Griffin the language might also include something to the effect that the stylist comes and goes as he/she wants, collects his/her own money, and that the stylist is not mandated to attend any meetings—that he/she operates totally independent. It is these four points, Griffin proclaimed that keep the stylist from being classified as an employee.

Griffin noted how Muller, as a labor law attorney, stressed that under Dynamex ruling (B), “You cannot provide the same services that the owner provides unless you are an owner of that business.”

He added adamantly, “In our industry, you can’t just sit down at your styling chair and expect to get paid a salary. That’s just not how the system works.”

The fact that the Dynamex decision was a ruling that came down regarding a transportation company where the truck drivers wanted to be employees is just the opposite in the beauty business, Griffin explained. “Most don’t want to be an employee, that’s why they chose the beauty industry—they can make more money as an independent operator,” he pointed out noting that one professional told him, “’Hair stylists would go home and do hair in their garage before they become an employee.’”

Griffin acknowledged the Dynamex decision affects all ethnic groups in the beauty industry but stressed, “it is the last economic stronghold in the Black community.”

“You can go into any city across America and most of the Black-owned businesses will be beauty salons and barber shops,” he highlighted. “That’s a fact. The beauty industry is the second largest social institution in Black America—the first social institution is the church—the second largest is the beauty salons and barbershops.”

The importance and impact of this institution within the Black community can not be overstated. “When Obama ran for president, we had all of our salons and barbershops and beauty schools promoting for him and getting the word out,” Griffin confided. “Right now, we need Kamala Harris in our corner,” he said noting the important role legislators can play regarding this issue.

Currently there are at least two pieces of Dynamex related legislation being considered in Sacramento. Neither of which addresses what Griffin believe is most important.

He also focused on another danger wrought by the Dynamex decision. “Another reason its going to hurt the Black beauty salons more severely than any other group is because there are chains of salons called Sola or Phenix with private suites.” According to Griffin these suites provide everything needed for a stylist to meet the mandates of Dynamex.

Griffin wonders how these companies got ahead of the game as it relates to the independent contractor requirements of Dynamex. He also expressed concern that some Black stylists are now leaving Black owned salons, going into these White owned establishments and renting their private suites instead. “Some of them have between 25 and 50 private suites in each location,” he declared adding, “A week doesn’t go by that I don’t learn of a Black stylist that has left a Black owned salon and gone into one of these White owned establishments to rent one of those private suites.

“A lot of the Black own salons do not have the resources handy to convert their salons to private suites and/or they and may not have the room.” Although Griffin and others are working to educate stylists on how to meet the letter of the law as independent contractors, Dynamex still presents roadblocks.

“If you go word for word with the Dynamex decision,” Griffin explained, “it has to be a suite; but the attorney says if you have those four points , he can defend it in a court of law.”

Griffin quickly noted however—most stylists do not want to go to court. “They want whoever is policing the industry to be able to come into their business and say, ’this person is in compliance—period.’ When you are an entrepreneur, time wasted in the court system is equal to wasting money.”

Griffin is dedicated to seeking a solution to the challenges presented by Dynamex. “You’ve got to take a stand for a cause you believe in,” he stressed, “something that will be fair to the people in the industry and to the state.”

He and his wife plan to continue their efforts of informing as many as they can using social media outlets, etc. They also hope to get someone in the legislature to sponsor a bill to exclude the hair industry from the Dynamex ruling.

“We do not want to be employees,” he stated again. He also strongly encouraged every state politician, “because they all get their hair done—to speak with their stylists. They should talk to their beauty professionals. See what their thoughts are. Question them. Ask, would you like to be an employee or a contractor? Why?”

Dynamex is already in effect, he noted. “ just doesn’t have all the resources needed to police the industry; but, no one wants to have someone looking over their shoulder every day wondering—when the other shoe is going to drop!”

Hairstylists choose the industry because they want to be their own boss. “We are job makers and not job takers. Nobody can lay you off in the beauty industry, but you. Skills pay the bills,” he said, “Once you’ve developed your skills, you won’t have any problem paying the bills.”

To follow Griffin’s work on this issue visit https://laranproducts.com/.