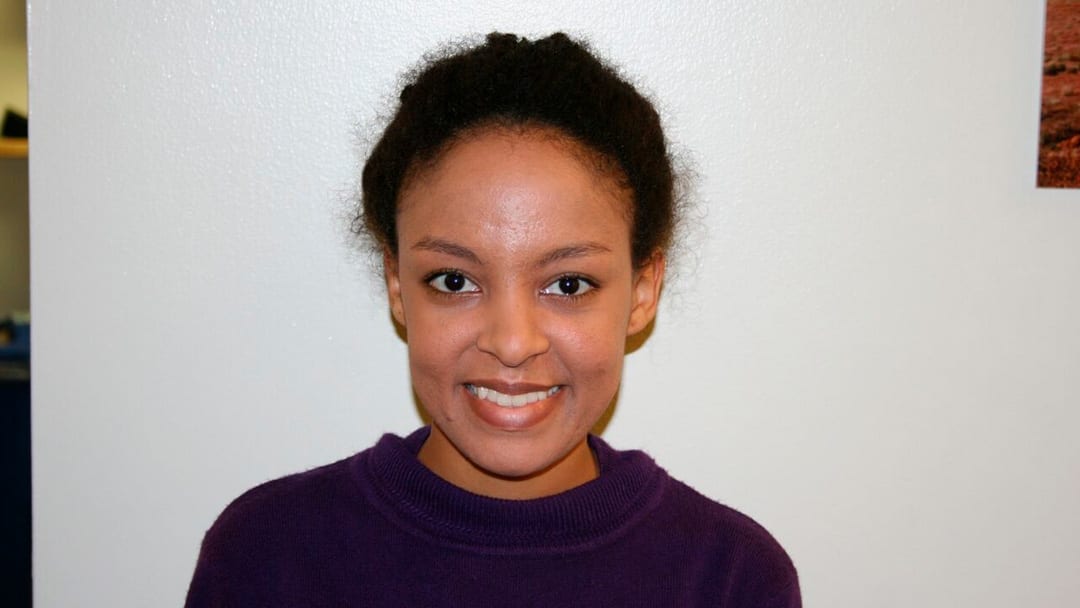 New California Governor Gavin Newsom has made some bold promises and commitments to the people of California during his campaign as well as in his recent State of the State address.

Now leading a state that is the fifth largest economy in the world, he is faced with trying to solve problems most countries don’t have to address at such a large scale. We have one of the highest childhood poverty rates, a health care system in need of reform, one of the lowest ranked education systems in the country, and a housing affordability crisis.

“The tough calls,” he said in front of the joint houses of state government, “we must make together on rail, water, and energy. How we protect migrants, care for seniors, and help the homeless, and how we will tackle the affordability crisis that is coming to define life in this state.”

Among the leaders appointed to many of the key positions in the administration are some of the most influential African–American leaders in the state today: 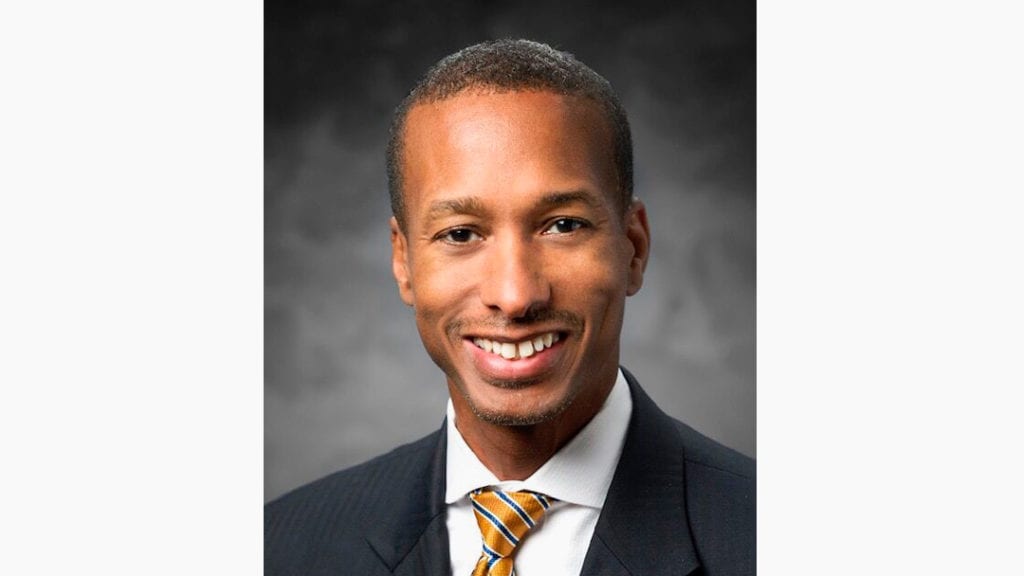 Legislative Secretary Anthony Williams was a senior adviser for former state Senate leaders John Burton and Darrel Steinberg, both Democrats, and lobbied for the Judicial Counsel of California and the State Bar. He most recently worked for Boeing Co., as a government relations director. Williams studied Political Science at University of California, Davis and received a master’s degree in public policy from Harvard University’s John F. Kennedy School of Government and a JD from University of the Pacific McGeorge School of Law. 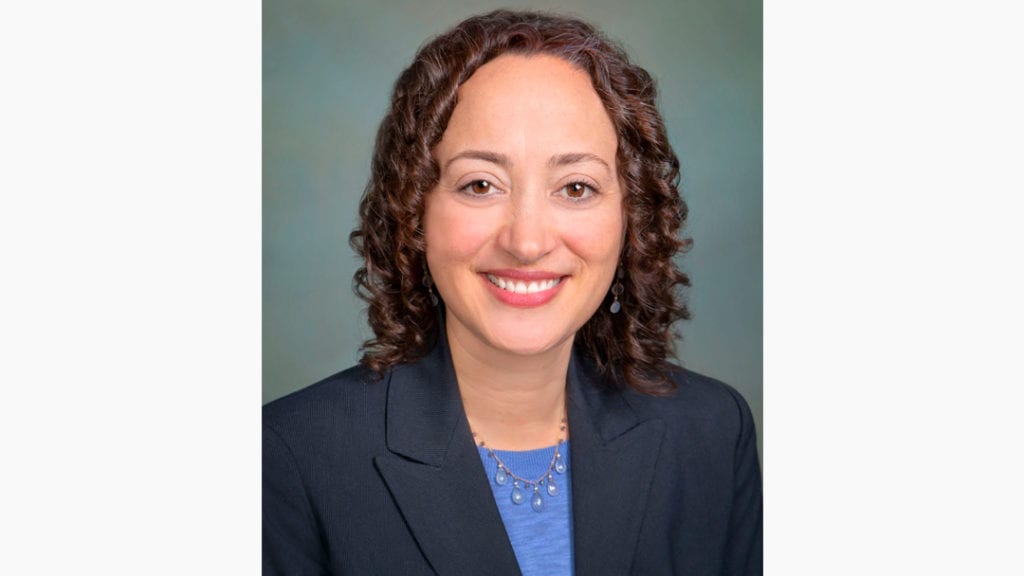 Catherine E. Lhamon of Takoma Park, Maryland, has been appointed Legal Affairs Secretary in the Office of the Governor. She is the Chair of the U.S. Commission on Civil Rights and was appointed to the role in 2016 by President Barack Obama. From 2013 to 2017, she served as the Assistant Secretary for Civil Rights in the U.S. Department of Education. From 2009 to 2013, she served as the Director of Impact Litigation at Public Counsel, the nation’s largest pro bono law firm. From 1999 to 2009, she practiced law at the ACLU of Southern California, eventually rising to the position of Assistant Legal Director. She earned a Juris Doctor degree from Yale Law School.

San Francisco’s Justice Martin Jenkins has been appointed Judicial Appointments Secretary in the Office of the Governor. Justice Jenkins currently serves as an Associate Justice on the California Court of Appeal, First Appellate District, and was appointed to this position in 2008. Prior to this court appointment, Justice Jenkins served as a judge on the U.S. District Court for the Northern District of California from 1997 to 2008. From 1992 to 1997, he served as a judge on the Alameda County Superior Court and previously served on the Oakland Municipal Court from 1989 to 1992. From 1986 to 1989, he was a trial attorney with the Pacific Bell Legal Department of San Francisco and from 1983 to 1986, he worked in the U.S. Department of Justice as a trial attorney. From 1980 to 1983, he worked as a prosecutor for the Alameda County District Attorney’s Office. He earned a Juris Doctor degree from the University of San Francisco School of Law.

As a pediatrician, entrepreneur and nonprofit CEO, Dr. Burke Harris has dedicated her professional career to understanding the link between adverse childhood experiences and toxic stress in children, and the effect both have on future health outcomes. She is the founder and CEO of the Center for Youth Wellness (CYW) – a national leader in the effort to advance pediatric medicine, raise public awareness, and transform the way society responds to children exposed to adverse childhood experiences and toxic stress. She leads the Bay Area Research Consortium on Toxic Stress and Health, a partnership between CYW and UCSF Benioff Children’s Hospitals, to advance scientific screening and treatment of toxic stress. She serves as a member of the American Academy of Pediatrics’ National Advisory Board for Screening and on a committee for the National Academy of Medicine. She is an expert advisor on the Let’s Get Healthy California Task Force, a former member of the Boys and Men of Color Trauma Advisory Committee and a former appointee by then-Mayor Gavin Newsom to the San Francisco Citizens’ Committee for Community Development. Dr. Burke Harris is from San Francisco and she is California’s first Surgeon General. 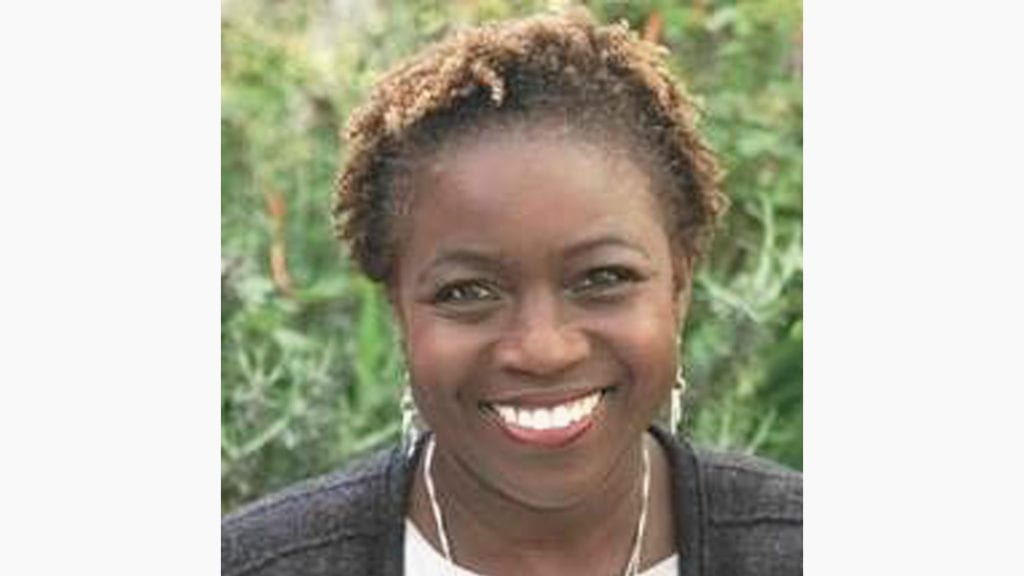 Lande Ajose, an Oakland resident, has been appointed Senior Policy Advisor for Higher Education in the Office of the Governor. Ajose has been executive director of California Competes, which develops and advocates policies to boost California’s postsecondary degree attainment. Her background in higher education spans college admissions at Vassar College, education and workforce development at the James Irvine Foundation, and research and evaluation at MDRC, where she managed a comprehensive evaluation of the Achieving the Dream initiative. In 2014 and again in 2018, Governor Edmund G. Brown Jr. appointed her to the California Student Aid Commission, where she currently serves as Chair, and in 2016 Governor Brown appointed her to the Committee on Awards for Innovation in Higher Education. She currently serves on the advisory committee of the Higher Education Policy Center at the Public Policy Institute of California and, until her appointment, served on the WASC Senior College and University Commission and the Institute for Higher Education Policy Board of Directors. She earned an master’s degree from the University of California, Los Angeles School of Public Affairs and a Ph.D. from the Massachusetts Institute of Technology. 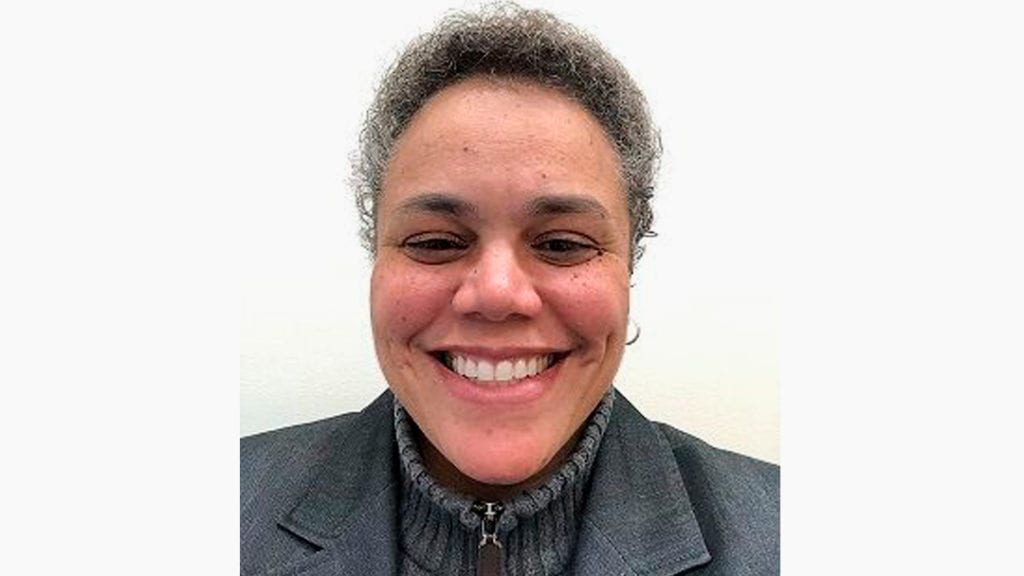 Kelli Evans has been appointed Deputy Legal Affairs Secretary for Criminal Justice in the Office of the Governor. From 2017 to 2019, she served as Special Assistant to the Attorney General at the California Department of Justice. From 2014 to 2017, she served as Senior Director for the Administration of Justice at the California State Bar. She has served as a member of federal court-appointed monitoring teams for the Oakland and Cleveland Police Departments. From 2010 to 2013, she was the Associate Director of the ACLU of Northern California, and previously served as a Senior Trial Attorney in the Civil Rights Division of the U.S. Department of Justice. She earned a Juris Doctor degree from the University of California, Davis School of Law.

Commissioner Carla Peterman has been appointed to the Commission on Catastrophic Wildfire Cost and Recovery. Peterman served as a member of the California Public Utilities Commission from 2013 to 2018. She served as a member of the California Energy Commission from 2011 to 2012. Peterman was a researcher at the University of California Energy Institute from 2006 to 2011, researcher at the Lawrence Berkeley National Laboratory from 2008 to 2010, and a business analyst at Isles from 2004 to 2005. Peterman was an associate in the Investment Banking Division at Lehman Brothers from 2002 to 2004. She earned a Doctor of Philosophy degree in energy and resources from the University of California, Berkeley and Master of Science in environmental change and management and Master of Business Administration degrees from the University of Oxford.

David Tucker, of Richmond, has been appointed Regional Program Manager for Census 2020. Tucker has been principal of the David Tucker Company since 2016. He was director of community, government and public relations at California Bay Area Waste Management from 2008 to 2016 and municipal affairs manager at Waste Management of Alameda County from 2004 to 2007. 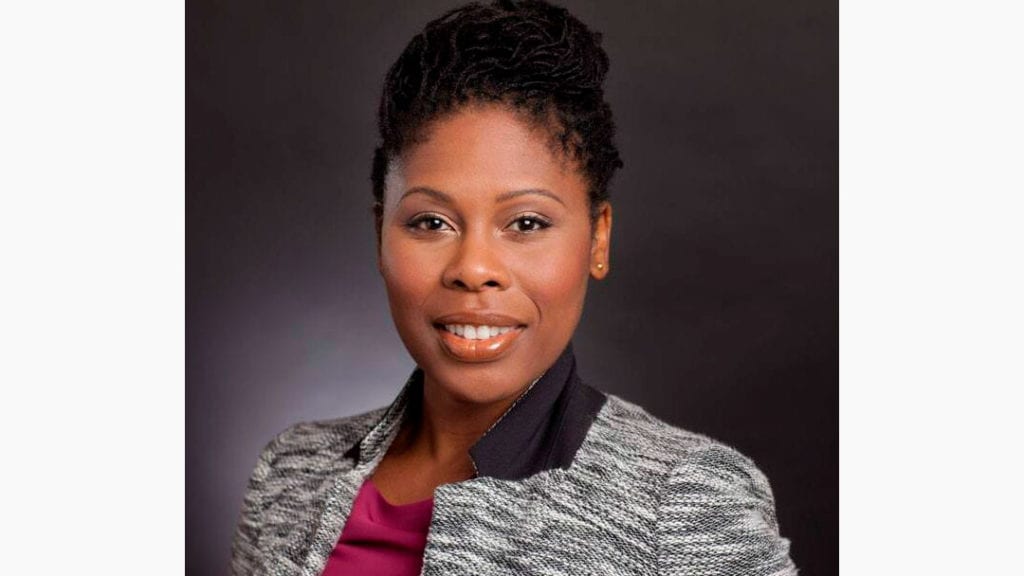 Sacramento resident Melinda Grant has been appointed Undersecretary at the California Business, Consumer Services and Housing Agency. She first served as deputy legislative secretary in the Office of Governor Gavin Newsom and in the Office of Governor Edmund G. Brown Jr. dating back to 2016. Before that, she was deputy director of legislation and policy review at the California Department of Consumer Affairs from 2014 to 2016 and an advocate at Platinum Advisors from 2006 to 2014. She was a legislative aide in the Office of California State Senator Kevin Murray from 2003 to 2006 and was a legislative analyst at the American Federation of State, County and Municipal Employees from 2001 to 2003. Grant is a member of the California State University, Sacramento Governmental Alumni Association and Leadership California. She earned a Master of Arts degree in public administration from the University of San Francisco.

Tia Boatman-Patterson, of Sacramento, has been appointed Senior Advisor on Housing in the Office of Governor Newsom. She will continue to serve as Executive Director of the California Housing Finance Agency, where she has served since 2014. Boatman-Patterson was General Counsel at the Sacramento Housing and Redevelopment Agency from 2009 to 2014 and special assistant to California State Assembly Speaker Fabian Núñez from 2004 to 2008 and to California State Assembly Speaker Karen Bass from 2008 to 2009. She was senior associate at Best Best and Krieger LLP from 2003 to 2004 and agency counsel at the Sacramento Housing and Redevelopment Agency from 1999 to 2003. Boatman-Patterson served in several positions for the California State Assembly Committee on Housing and Community Development from 1995 to 1999, including as chief consultant, and was a law clerk at Greve Clifford Wengel and Paras from 1992 to 1995. Boatman-Patterson earned a Juris Doctor degree from the University of the Pacific, McGeorge School of Law. 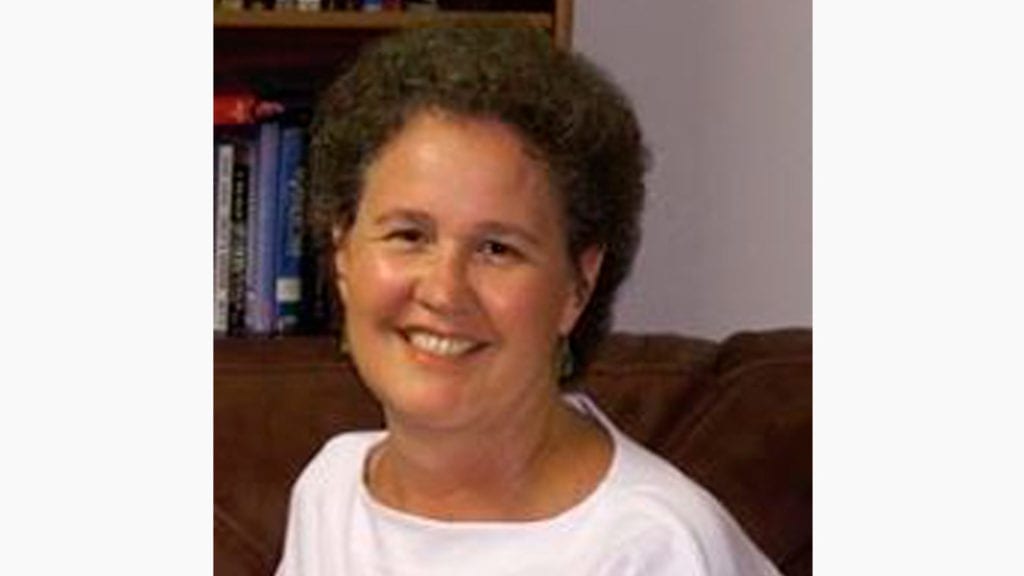