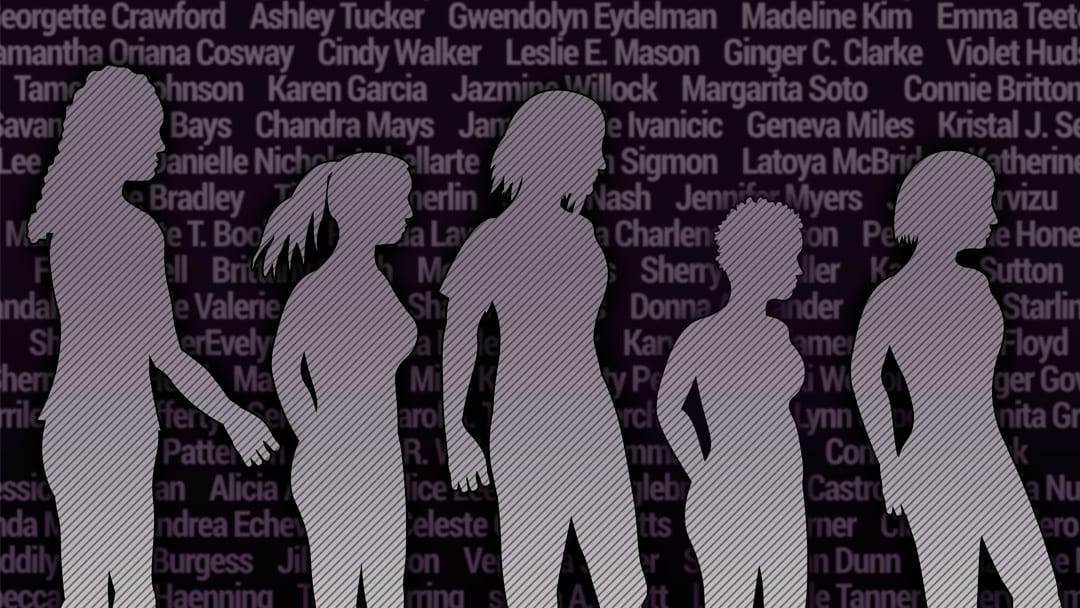 Seated at her desk, beside shelves of cookbooks, novels and books on violence against women, Dawn Wilcox, 55, scours the internet for news stories of women killed by men in the U.S.

For dozens of hours each week, she digs through online news reports and obituaries to tell the stories of women killed by lovers, strangers, fathers, sons and stepbrothers, neighbors and tenants.

“I’m trying to get the message that women matter, and that these women’s lives mattered, and that this is not acceptable in the greatest country in the world,” Wilcox said.

Her spreadsheet, a publicly available resource she calls Women Count USA, is a catalog of lives lost: names, dates, ages, where they lived, pictures of victims and their alleged killers, and the details that can’t be captured by numbers.

For Wilcox, these women are more than statistics.

She wants you to know Jennifer Gonzales, a 32-year-old clinical psychologist in Yountville, Calif., whose father called her “the Halley’s Comet of great daughters.”

And Karen Garcia, a 21-year-old mother from Colusa, Calif., who died of blunt force trauma to the head. She was described by a close friend as “a kindhearted woman who had a beautiful smile.” The primary suspect in the case, her ex-boyfriend and the father of her child, remains at large.

She also wants you to know about Nicole Duckson, a 34-year-old Columbus, Ohio, woman whose friends “remembered her as a prayerful person and a loving mother.” And Duckson’s 4-year-old daughter, Christina, who was stabbed to death alongside her mother, “a polite, happy little girl.”

Those are just a few of the nearly 2,500 women listed in Wilcox’s album during the past two years.

“Where is the outrage? Where are the marches, the speeches? I know where the silence is. It is everywhere and it is deafening,” Wilcox said.

Her crusade, Wilcox said, was spurred in part by the media frenzy about the shooting death of a gorilla, Harambe, at the Cincinnati Zoo and the uproar over the killing of Cecil the Lion, shot by a Minnesota dentist as a trophy.

As an animal lover, she was horrified by those killings. But as she saw the social media fury and the online petitions spread, she asked herself: “But what about women?”

“Women are people and they deserve to have their lives valued,” she posted on Facebook in 2016 after Harambe’s death. “They deserve our voices speaking out on their behalf. And when they are abused, assaulted, murdered and erased they deserve our attention and our outrage.” 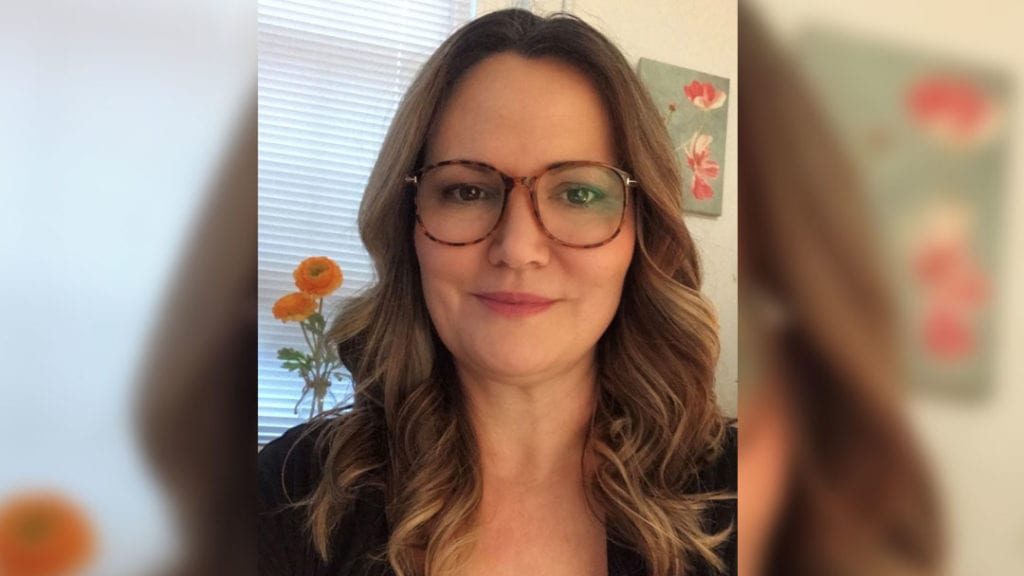 The FBI releases crime data every year, including the number of women who have been killed by men, but local police are not required to file reports to the federal agency, so some state figures are missing.

Florida, for example, has not provided its data to the FBI since 1996, according to reports by the Violence Policy Center, a nonprofit organization that advocates to stop gun violence. Numbers from Alabama and Illinois have also been unavailable or limited in certain years.

Since 1996, between 1,613 and 2,129 women were murdered by men each year, FBI data show. In 2017, the latest year for which data are available, the FBI counted 1,733 women. An overwhelming majority of those women were killed by a man they knew.

Wilcox, however, is doing something the FBI does not: putting faces to the cases. Recording the correct number of women murdered isn’t the only goal of Wilcox’s effort. Her work is about searching for their stories, finding their photos, trying to learn who they were, so that these women aren’t forgotten.

Wilcox is no stranger to violence against women.

When she was 21, she began dating a man she met in a bar in Dallas. She’ll never forget the first time he hurt her.

On a night out at a dance club, Wilcox’s boyfriend stepped into the restroom. When he came back, she said, he sprayed cologne into her face, burning her eyes as she groped her way to the bathroom to rinse it out. It was an accident, she said he told her. But Wilcox knew it was an attempt to humiliate her.

The violence escalated, Wilcox said, culminating in a night that left a deep scar on the inside of her arm and a memory of abuse that echoes the stories of the lost women for whom she searches.

It was hot and the power had gone out, leaving her with no air conditioning as she read a book by candlelight in her apartment. The man began kissing her leg, she said, but soon she felt his teeth digging into her as he bit her. She told him to stop, but he put his hand to the base of her throat, pushed her down onto the bed and, after telling her he wanted to taste her blood, bit into the crook of her arm, tearing out skin, she said.

Wilcox went to a hospital emergency room and then fled to her mother’s home. She eventually ended the relationship with the man.

He was subsequently convicted of sexual assault and kidnapping after he raped two women before forcing them into his car, driving them to a secluded, wooded area, knocking them out and threatening to kill them. The women managed to escape.

Wilcox considers herself lucky. “I could’ve easily ended up one of the women on my own list.”

Today, she is married to a man who said his wife’s work has opened his eyes to the pervasiveness of violence against women.

“She’s inspired me,” said Mike Nosenzo, who married Wilcox in 2018. “The amount of time that she spends on it, the dedication that she puts into it. I don’t see how I could feel any other way.”

As her project nears the two-year mark, Wilcox wants to dig deeper to find more details on the lives of these women before their deaths: How many of the women had a protective order? And how many cases involved a prior history of domestic violence?

She is here, she said, not only to remember these women, but to make people care about their fate, with the hope of raising awareness to save others.

“I feel like these women were completely failed by all of us, really,” Wilcox said. “A lot of these women did everything you’re supposed to do to keep themselves safe. They told people, they went to the police, they got protective orders, and it still was not enough.”

This story was reported by Schreyer partly during her tenure at The Fuller Project, a nonprofit journalism organization that covers issues affecting women and girls.