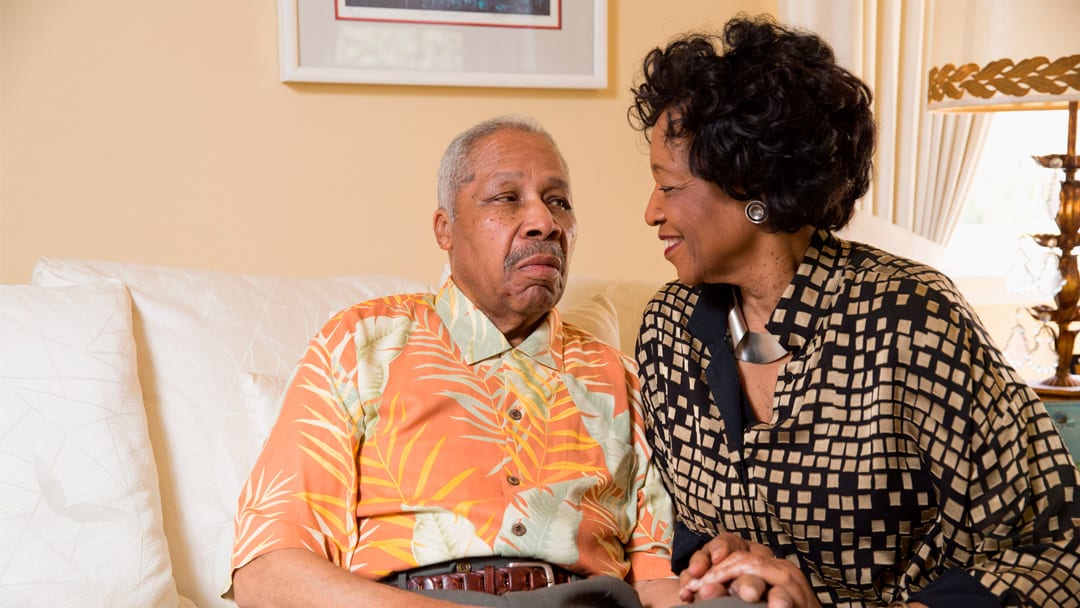 Families often spend thousands of dollars caring for ailing loved ones at home. Lawmakers in California and at least seven other states want to provide some financial relief with state income tax credits.

Gloria Brown didn’t get a good night’s sleep. Her husband, Arthur Brown, 79, has Alzheimer’s disease and had spent most of the night pacing their bedroom, opening and closing drawers, and putting on and taking off his jacket.

So, Gloria, 73, asked a friend to take Arthur out for a few hours one recent afternoon so she could grab a much-needed nap. She was lucky that day because she didn’t need to call upon the home health aide who comes to their house twice a week.

The price of paying for help isn’t cheap: The going rate in the San Francisco Bay Area ranges from $25 to $35 an hour. Gloria Brown estimates she has spent roughly $72,000 on caregivers, medications and supplies since her husband was diagnosed four years ago.

“The cost can be staggering,” said state Assemblyman Jim Patterson (R-Fresno), author of a bill that would give family caregivers in California a tax credit of up to $5,000 annually to help offset their expenses.

A 2016 study by AARP found that the average caregiver spends $6,954 a year on out-of-pocket costs caring for a family member. The expenses range from $7 for medical wipes to tens of thousands of dollars to retrofit a home with a walk-in shower or hire outside help.

In Wisconsin, two Republicans and two Democrats are behind that state’s tax credit measure.

“We need a whole discussion about how we can best keep people at home and meet their needs,” said state Rep. Debra Kolste, a Democrat who explained that most people know someone who is caring for a family member. She hopes the measure can make it through the Republican legislature and be signed by Wisconsin’s Democratic governor.

Gloria Brown estimates she has spent roughly $72,000 on caregivers, medications and supplies. As her husband’s disease progresses, she expects costs to escalate.(Emma Marie Chiang for California Healthline)

New Jersey approved a state income tax credit in 2017 specifically for caregivers of wounded veterans. However, efforts in other states have failed, including in Arizona last year and Mississippi and Virginia this year.

At the federal level, bills that would have created a federal income tax credit of up to $3,000 never got out of congressional committees last year.

“Whether I’m in Billings, Mont., or in Mississippi, the caregiver tax credit is something that people are asking for,” Ryan said. “All they’re asking for is a little financial help to offset these costs.”

A tax credit, said Brown and other caregivers, would be welcome relief to the estimated 4.5 million family caregivers in California who care for a loved one with a chronic, disabling or serious health condition. Nationwide, the AARP estimates there are about 40 million people caring for family members.

The Browns, who have been married 51 years and live in San Mateo, Calif., have good medical coverage, but like most seniors, they live on a fixed income.

As her husband’s disease progresses, Gloria Brown expects costs to escalate. For instance, she wants to install bars in the bathroom to help prevent her husband from falling, and anticipates she will need more professional help.

“I think we’re just moving into that stage where I’m going to see the dollars going out for things that will help to make things easier for him at home and more comfortable,” Brown said. “It’s a cost you just hadn’t anticipated.”

Long-term caregiving has emerged as one of the major issues in California’s Capitol this year, with proposals ranging from naming a state “Aging Czar” to funding a new cash benefit for long-term care services. In his State of the State address last month, Gov. Gavin Newsom called for a master plan for aging.

“I’ve had some personal — and painful — experience with this recently,” Newsom told the joint session of the legislature. 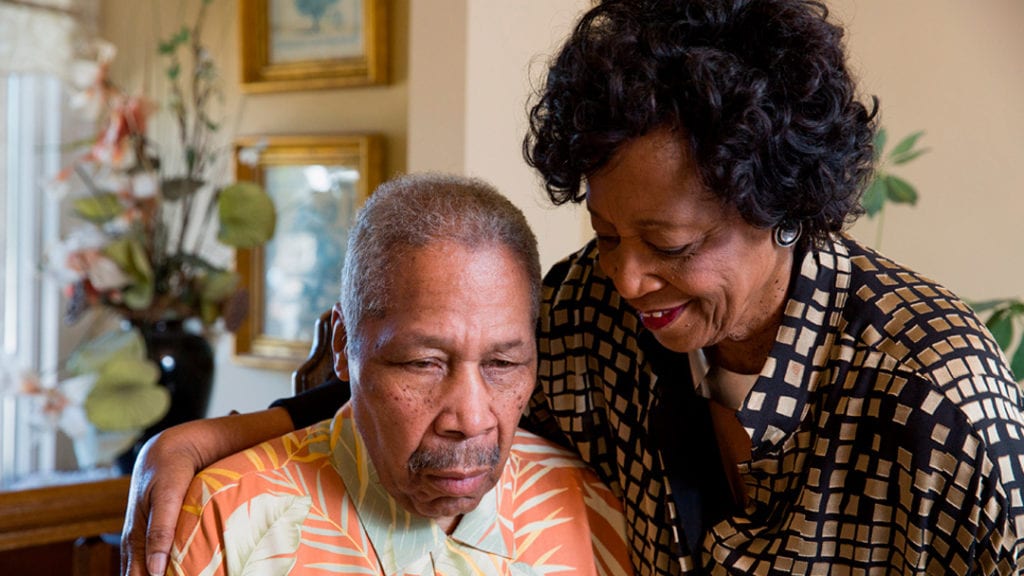 The Browns, who have been married 51 years and live in San Mateo, Calif., have good medical coverage but, like most seniors, live on a fixed income.(Emma Marie Chiang for California Healthline)

Patterson’s bill would provide up to a $5,000 state income tax credit to family caregivers for five years, starting in tax year 2020. They would be reimbursed for 50 percent of eligible expenses, such as retrofitting a home, hiring an aide and leasing or buying specialty equipment. The credit would be available to individuals who make up to $170,000 a year, or joint income tax filers who make up to $250,000.

Patterson, a Republican in the minority, is hopeful he can convince his colleagues that giving people a tax credit is financially sound because it would enable caregivers to keep their loved ones at home rather than relying on more expensive government services.

“If members of the legislature and the governor would look through the eyes of their own families, friends and neighbors … I think it can be passed and be signed,” Patterson said.

But the measure faces competition for a slice of California’s $21 billion surplus, from proposals by the governor and lawmakers to boost funding for education, health care, housing and dozens of other programs.

For Pam Sogge of Oakland, Calif., a tax credit would allow her to hire a home health aide for an additional three hours a week.

Her husband, Rick Sogge, 61, has early-onset Alzheimer’s and becomes frantic when left by himself. Sometimes when she leaves him alone in another room of their home, he searches for her every two minutes.

Because Rick Sogge is still physically healthy, most of the couple’s caregiving expenses pay for part-time help to take him on outings so Pam can work, run errands or go to the doctor’s office.

“You have a very uncertain financial future. You don’t know what’s going to happen. You don’t know how long it’s going to take. So you’re very conservative,” said Pam Sogge, 56, who has been caring for her husband for five years. “A tax credit, in a way, it’s permission and encouragement to get some help.”

Header Photo: Gloria Brown is the primary caregiver for her husband, Arthur, who was diagnosed with Alzheimer’s disease four years ago. (Emma Marie Chiang for California Healthline)