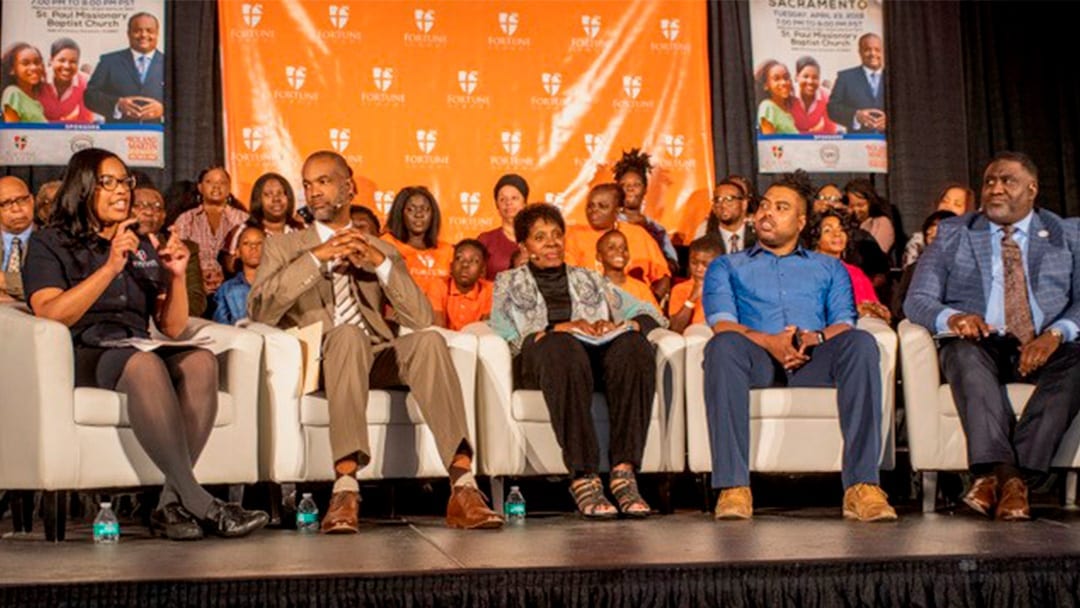 African-American children are California’s lowest performing group of students, only above students with special needs.

Only 2 percent of Black kids in the state attend schools that are considered “high performing.” And, only 10 majority African-American schools, located mostly in hard-to-count, high-poverty census tracts around the Bay Area and Los Angeles, score, on average, above the state math and language arts requirements.

On top of that, nearly 68 percent of all African-American students in California perform below their grade level in English and language arts. In math, about 80 percent of Black students fail to meet the state’s proficiency mark.

When it comes to getting admitted to a California State University or a University of California school, only 22 percent of Black high school seniors graduate from schools where a majority of their racial group passes the required courses.

“The critical question is not being asked: ‘what is best for our children?’” said Assemblymember Shirley Weber (D-San Diego), a member of the  Assembly Education committee. She was speaking at a hearing held earlier this month on three charter school bills – AB 1505, AB 1506 and AB 1507 – before her colleagues voted to move them out of committee.  The package of legislation would place significant restrictions on charter schools, if the full legislature passes them and Gov. Gavin Newsom signs them.

Then, last week, the Senate Education Committee voted in favor of another charter school bill. This one, SB 756, would place a five-year ban on certifying any new charters. The language in the bill, introduced by Sen. María ElenaDurazo (D-Los Angeles), states that it is designed to ensure public charter schools do not “replace or undermine” the state’s public school system.

In California, roughly 52,800 Black students attend charter schools. Although the independent taxpayer-funded schools only account for about 10 percent of public schools, they enroll 3 percent more Black students than the traditional district schools.

Because such a high percentage of African Americans attend charters, opponents of the bills see the package of proposals as a direct attack on Black students.

She says, under current California law, the number one consideration for a charter school to be approved is the academic performance of students. Under the new proposals, one of the criteria would be money – if the applying charter impacts the finances of the local school district. 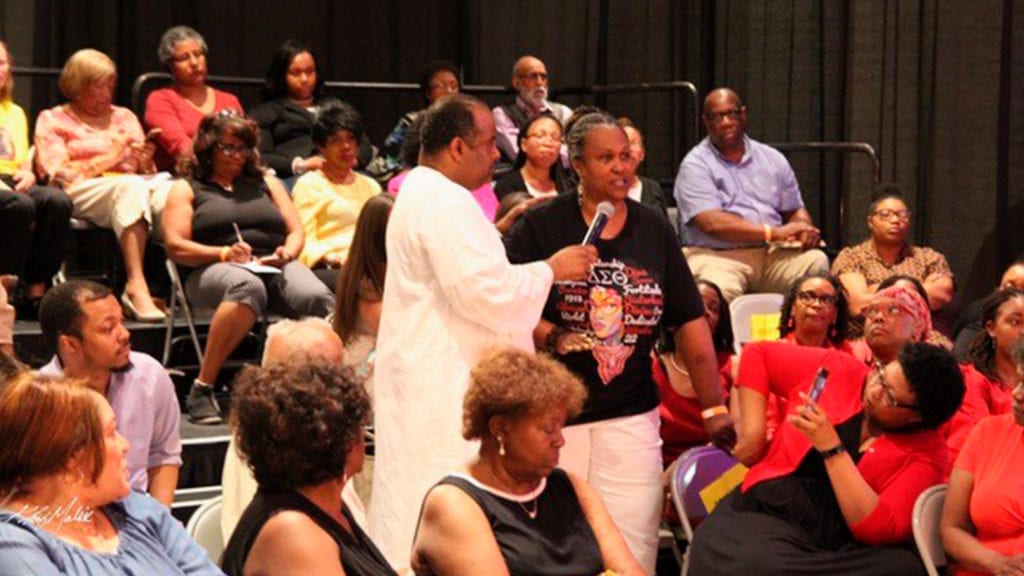 The legislators who authored the bills and their supporters say they introduced them to bring about more accountability and that charter school reform is long overdue.

“School board members have a fiduciary duty to ensure the fiscal health of their district. They know the needs of their schools the best and should be able to consider the fiscal impact on their students and district when considering whether to approve a new charter school,” said Assemblymember Rob Bonta (D-Oakland).

Critics of the legislation have said nowhere in the language of the new bills or public statements about them, have the bills’ legislative sponsors taken a critical look at why Black students are underperforming across the state.

Martin said charter schools are the only option for African-American families who don’t have the means to move to a better performing school district.

During the town hall, Martin stated reasons he supports charter schools and has launched a national initiative to explore the issue called, “Is School Choice the Black Choice?”

The education chair’s staff said that this was not the only bill O’Donnell has withdrawn and that he is waiting for a state auditor’s report before hearing legislation that would tinker with LCFF funding.

During the town hall, several of the panelists called-out Assemblymember Kevin McCarty (D-Sacramento), who is African American and whose district has three high performing charter schools that are performing above traditional district schools, two of those are Fortune schools.

“To see Black state legislators, Black city council members, Black county commissioners – who are some of the most ardent opponents of charter schools. Yet, they are representing constituents who have some of the worst academic records,” Martin said. “That to me is an abomination.”

In McCarty’s legislative area, which covers two school districts, Natomas Unified and Sacramento City Unified, Black students are performing below the state’s African-American averages in both math and English. About 87 percent of students are scoring below their grade level in math and about 78 percent are not meeting the English requirement.

This article is the first in a series of stories on African-American students and public education in California.