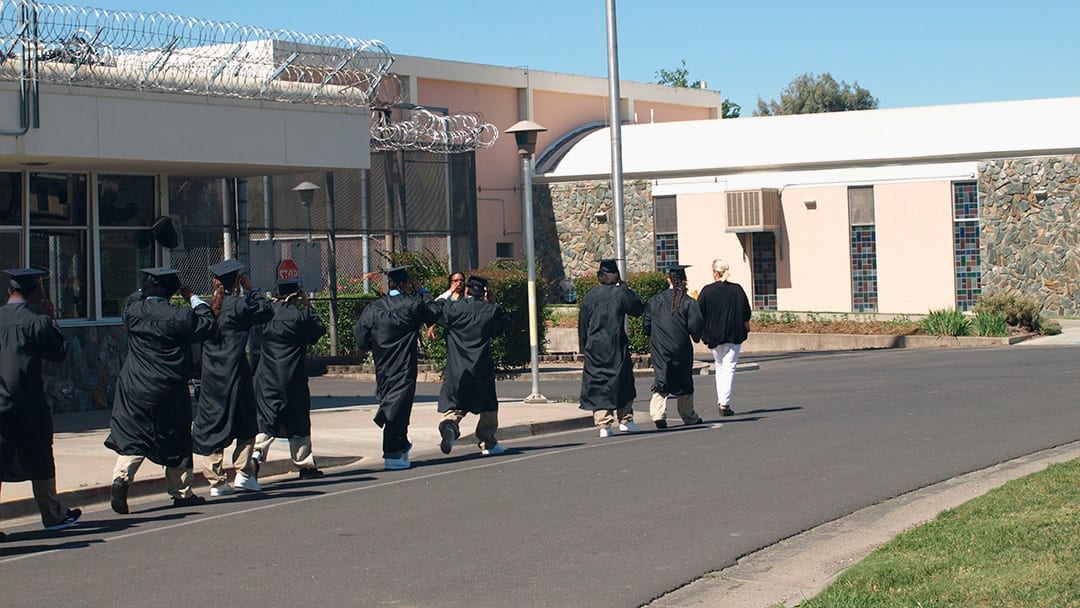 As for most high school students, commencement day was big for Osvaldo Moreno. “This is a proud moment for me,” he beamed on a recent June weekend, and not just because he was the first to finish school among six—soon-to-be seven—children in his family.

Though it’s not on the parchment, Moreno, 21, earned his Johanna Boss High School diploma over the past two years at a state prison for juveniles in Stockton. And as one of fewer than 800 remaining youths in the custody of the soon-to-be-shuttered juvenile division of the California Department of Corrections and Rehabilitation, he said, that accomplishment—behind razor wire—was more than just a step toward a future job or a rite of passage.

“Being the first one to graduate,” he said, “is like creating a sense of normalcy.”

That “normalcy” is what Gov. Gavin Newsom and state lawmakers have in mind as they vote this week and in coming days on a plan to begin transitioning what’s left of the state-run youth detention system from the purview of adult corrections back to a more rehabilitative model.

Part of a larger shift away from California’s tough-on-crime era, in which juvenile justice policy was driven by fear of young “superpredators” and street gangs, the change—written into the state budget passed Thursday and coming  “trailer bills” clarifying budget language—has been described by Newsom as a first step to “end juvenile imprisonment in California as we know it.”

California is one of only 13 states where juvenile justice is still housed within a corrections or public safety agency, according to state corrections officials. And over the past decade and a half, California, too, has moved away from the prison model, shifting more and more young people in the system into county-run programs.

It has been a long and traumatic move. First the old California Youth Authority—tarnished by reports of abuses and beset by lawsuits over child beatings and extended lockdowns—was re-engineered in 2005 by Republican Gov. Arnold Schwarzenegger and state legislators. 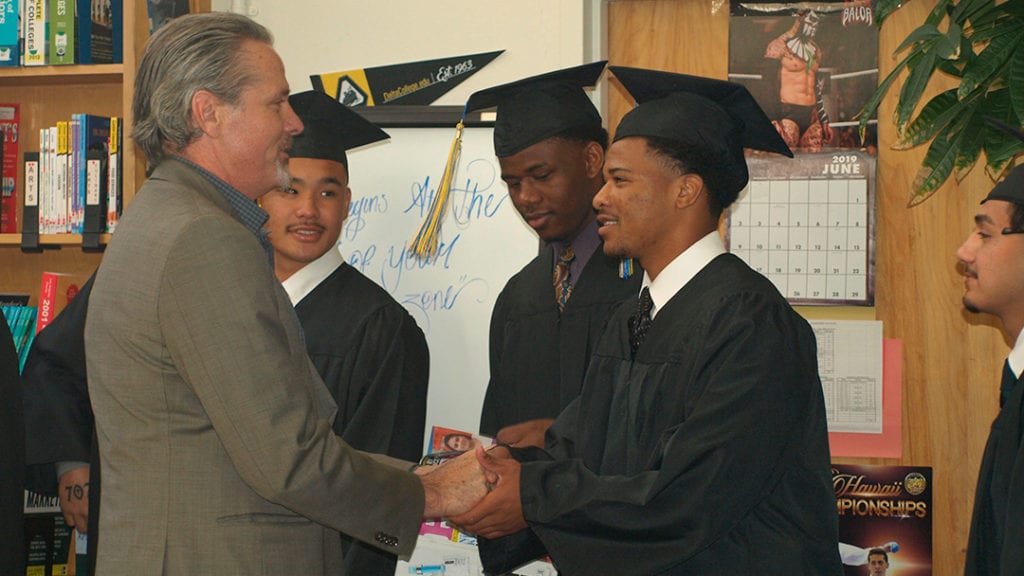 Then most of the state’s juvenile facilities were closed under a 2007 realignment that gradually shifted more responsibility for youth detention to county probation departments, foreshadowing Gov. Jerry Brown’s overhaul of California’s adult prisons.

Today, most young Californians in detention are in county juvenile halls or on probation, and only the teenagers and young adults with the most acute needs and most serious offenses are held by CDCR’s Division of Juvenile Justice. Most are young black and brown men in their late teens and early 20s. The division’s entire female population—about 30 young women—are housed in Camarillo in a single facility.

That site and three others run by the state—including the Pine Grove Conservation Camp where young men train to become firefighters and the O.H. Close Youth Correctional Facility where Moreno is imprisoned—house fewer than 750 or so young people, compared to the more than 10,000 in state custody in 1996, the state’s peak year. The number has bumped up slightly from the year before, but mainly because of other steps toward rehabilitation, including a pilot program that allows young people who were tried as adults to remain in the juvenile system as long as they can finish their sentence before they turn 25.

Even so, young people being held by the state made up only about 14 percent of the 4,300 or so youth detainees in California in December 2018, according to CDCR and the Board of State and Community Corrections.  And holding them has been expensive, costing taxpayers $198.5 millionthis year. Though the headcount has dropped, many fixed costs haven’t, so that  according to the 2018-19 state budget, it costs more than $300,000 a year to house a youth in a state facility. 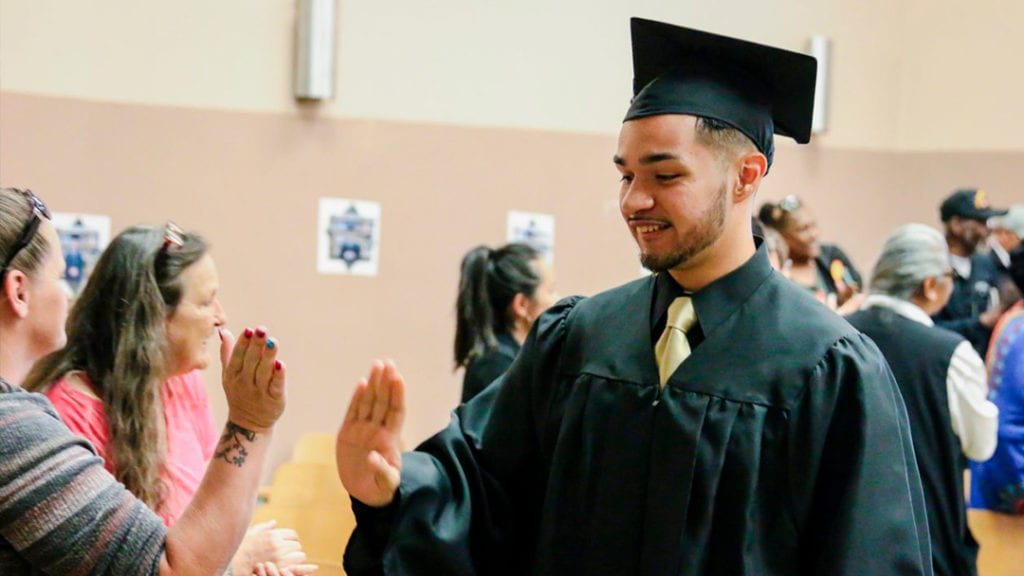 This week’s vote will push the pendulum further away from that old, more punitive model. The budget deal crafted by the Legislature and Newsom will transition the Division of Juvenile Justice from the purview of corrections to the California Health and Human Services Agency.

Under the plan, juvenile justice will be reorganized as a new department called the Department of Youth and Community Restoration by July 2020. A separate bill, SB-284, further incentivizes the shift, roughly quintupling the cost to counties of sending juveniles to the state system.

The idea is to keep troubled young people closer to home and provide them with better mental health care, social services and educational and job training, so that they will be less likely to reoffend later.

Newsom has said the proposed change aligns “California’s approach with its rehabilitative mission and core values.” It also recognizes the trauma that many justice-involved youth have experienced, the importance of adults as a source of support and mentorship, and modern brain science, which cites fundamental developmental differences between older adults and young people under age 25. 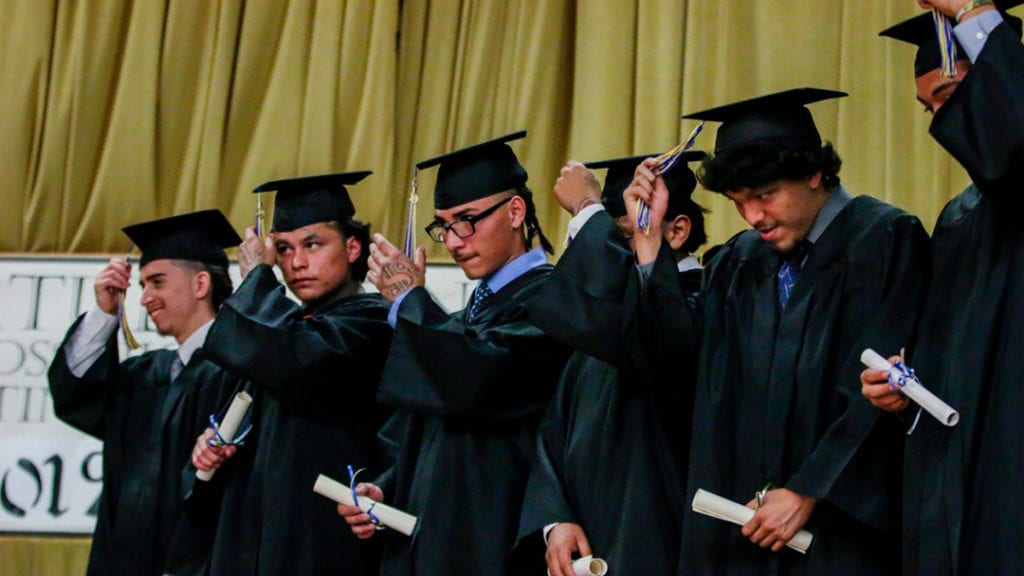 That focus on rehabilitation is already prevalent in county-level programs, which increasingly have aimed to keep young people out of the criminal justice system altogether. In Los Angeles County, for example, the Office of Youth Diversion and Development, which operates under the county’s health services system, is collaborating with community-based organizations on diversion programs and wrap-around services for young people who commit low-level offenses, according to director Peter Espinoza.

A Youth Reinvestment Grant, which was granted more than $37 million in last year’s state budget,  also will also be awarding funds for local diversion programs. San Joaquin County received funding for community accountability boards that work directly with youth and their families, using concepts of restorative justice, to provide mentorship and tap into local services and support.

“The governor has said that the juvenile justice system does not belong in the adult prison system,” said Chuck Supple, who directs the state’s soon-to-be-mothballed Division of Juvenile Justice.  “ should be a last stop for a young person in their journey towards becoming responsible and successful adults.”

Supple said that being part of an agency where the primary lens is health will allow his department to provide developmentally-appropriate services both while young people are incarcerated and after they return to their communities. It also will build on programs his department has already started exploring and allow them to develop a training program for staff, volunteers, and visitors.

At O.H. Close, for example, Moreno participates in a restorative justice group and a coding program offered in collaboration with the The Last Mile, a non-profit that prepares incarcerated individuals for successful reentry through technology training. Moreno, who is now a peer leader for the restorative justice group, said participating in these types of activities has taught him coping skills and “how to stay out of trouble.”

“Being in this type of environment, it’s a lot…It can get real hectic and violent,” he said. “One of the skills I learned is to take a deep breath and understand what you’re arguing about, because in the long run it’s not worth getting into a bigger argument.”

Despite initial concerns that Newsom’s proposal was vague and would duplicate existing efforts, probation officials have come out in support of the transition to health and human services.

“We understand the governor’s desire to have independence from the adult system,” said Stephanie James, president of the Chief Probation Officers of California and chief probation officer of San Joaquin County. “DJJ has made significant strides over the last 10 years and we want to make sure it continues to improve the services and outcomes they’re providing for youth.”

If there is a concern, James said, it is that counties—some of which are closing their own juvenile halls—may not be equipped to handle the state’s remaining youth population. “The numbers of have declined so dramatically over the last 10 years, the ones that remain are the ones that are the highest risk and the highest need,” she said.

Meanwhile, advocates of rehabilitation worry that Newsom’s reforms don’t go far enough, and say their health-based approach will be hampered unless the state gets rid of its prison-like youth facilities and moves all incarcerated young people into county programs.

“We see this as a clear first step in the right direction for California, but we need this move to also be accompanied by bigger, more sweeping reforms to juvenile justice,” said Maureen Washburn, a policy analyst with the pro-reform Center on Juvenile and Criminal Justice. “Treatment behind razor wire is fundamentally antithetical to rehabilitation.”

In Stockton, Moreno says he’s grown from the opportunities and treatment he’s gotten. As he collected his high school diploma, he said he looks forward to his release date early next year. He has signed up for college classes in the fall, he said, and eventually wants to work in software engineering.

“I’m setting an example for my brothers and sister. Not only them, but also for the here,” he said. “I’m not going to be that person that was messing up and focusing on myself.”