Beneath their rival efforts to reduce police shootings, two lawmakers share one common experience as mothers 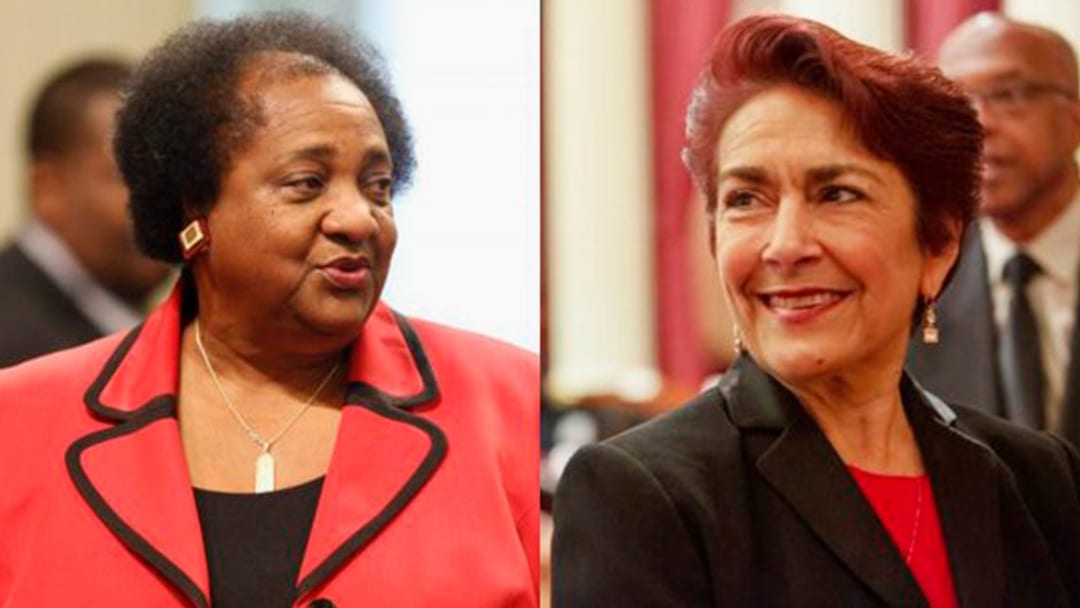 To reduce the use of force by California police, two Democrats began with competing approaches:

Assemblywoman Shirley Weber, a firebrand from a liberal San Diego district, aimed to crack down by setting a tougher standard for justifiable police shootings.

Yet as mothers—one African American, the other Latina—both lawmakers have had remarkably similar experiences in one respect: They instructed their teenage sons to cautiously navigate encounters with police, and they ultimately felt the police did not treat their sons fairly.

“It’s a difficult conversation to have,” Caballero said in an interview for “Force Of Law,” a CALmatters podcast that’s following California’s effort this year to reduce police shootings.

“As a woman of color you have to tell your boys… ‘I don’t care what’s going on… You’re going to follow the instructions and you’re going to do exactly what they say, because they’re not going to know you, and they’re going to see you as a Mexican kid.’”

In the same episode, Weber recalls her son being stopped by police on the campus of San Diego State University, where she was a professor of Africana studies.

“They would go through his car, sit him on the curb… and then they’d eventually go to the glove compartment and realize, ‘Oh, this truck is registered to Shirley Weber,’” she said.

“And immediately everybody would get nervous because they knew I was gonna call the police… for the campus and say, ‘Why are you still stopping my son, when you haven’t stopped anybody else? He wasn’t driving fast. He didn’t run a light. He was just coming out of the gym exercising and you stop him.’”

Weber’s bill, now advancing through the Legislature, would declare that police use of force is allowed only when “necessary in defense of human life.” That’s a steeper standard than prosecutors apply now, which said police can shoot when doing so is “reasonable.”

That bill initially faced fierce police opposition, and has been amended into a compromise between law enforcement and civil rights advocates. The American Civil Liberties Union still champions the bill, Black Lives Matter withdrew its support, and police groups shifted from fighting it to being “neutral.”

Now it has become a companion to Caballero’s police-sponsored bill, which would require all law enforcement departments in California to adopt policies stating that officers must carry out their duties, including the use of force, “in a manner that is fair and unbiased.” It also would require basic officer training to include lessons on cultural competency and overcoming bias.

California lawmakers have been wrestling with how to respond following the death of Stephon Clark, a black man who was unarmed when Sacramento Police shot him in his grandparents’ backyard, mistaking the cell phone he was holding for a gun.

But the issue is much broader than one incident: The debate in the Capitol reflects growing concern about the disproportionate toll police shootings take on people of color. In California, 63 percent of the people killed in 2017 were African American or Latino, according to the state Department of Justice. Together, those two groups make up 46 percent of the state’s population.

Nor are Weber and Caballero the only politicians who have shared how profoundly personal the issue is for them. The debate has prompted anguished lawmakers to speak about their own encounters with police or their experiences as former officers, their fears about the safety of their relatives who wear a badge or their worries that their loved ones could be victimized by someone wearing a badge.