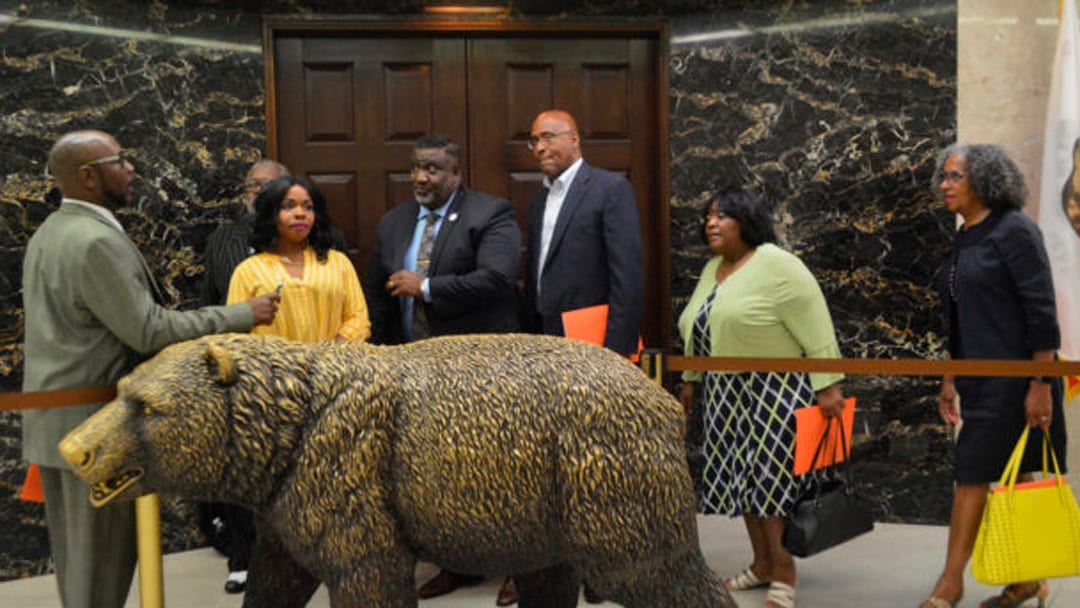 Christina Laster made a special trip from Southern California up to the State Capitol Wednesday.

The grandmother of a seven-year-old charter school student said she came to Sacramento to make sure Gov. Gavin Newsom knows she – and tens of thousands of Black parents and guardians like her across the state – are opposed AB 1505, a controversial charter school bill the Senate Education Committee is expected to debate July 10.

In May, the state Assembly voted 44-19 in favor of the legislation.

If passed and signed into law, AB 1505 would strip away the existing right charter schools have to an appeal process if a local school board denies its petition for authorization or renewal.

Laster joined leaders of the California chapters of two prominent civil rights organizations, the National Action Network (NAN) and the National Urban League (NUL), for the meeting held at the Governor’s office at the Capitol. Both groups have been outspoken opponents of the legislation.

“I let them know that our hope as Black parents is in charter schools, which are free public schools,” said Laster. She told California Black Media that her protest of the bill speaks not only for her grandson – but for all African-American children and their parents.

“Generationally, we haven’t had things like that to hope for,” she continued.  “If you take away charter schools, you take away the choice that is helping our children thrive and perform. You are taking away our hope.”

“I was encouraged by the meeting,” said Porter. “We received clarity about the process and we understand that there will be some deep thinking in regards to what happens to our charter schools.”

Ray King, President and CEO of NUL-San Diego, and another charter school grandmother, Joette Spencer-Campbell, also attended the meeting and spoke candidly with the governor’s staff about their opposition to the legislation introduced by Assemblyman Patrick O’Donnell (D-Long Beach).

The meeting was set up after Porter wrote an open letter to Gov. Newsom and the California Legislature. It ran as a full-page ad in African American newspapers statewide. The letter states that AB 1505 is “a direct attack on the ability of African-American parents to choose the best education possible for their children.”

California’s Charter School law, signed by former Gov. Pete Wilson in 1992, gave the independently run charter schools (or petitioners interested in creating one) the right to an appeal process if a school district denies their application. The first step would be to appeal the decision with the county board of Education. In 1998, the law was amended, creating a second level of appeal with the State Board of Education.

Parents, members of both civil rights organizations and other supporters attending the meeting said they asked the governor’s office to maintain the current appeals process.

Jennings said she believes supporters of AB 1505 are not seeing the big picture.

“They put systems first and they put adults first,” she said. “Not that systems and adults don’t matter. But when you are talking about educating our kids, the kids should come first. If the kids come first, there would be no way that you would have a bill to eliminate the choice we have in charter schools.”

Porter said he left the meeting feeling optimistic that the group made progress.

“The voices of our families, parents and grandparents were heard today,” he said. “We have some room to negotiate and work with the governor.”