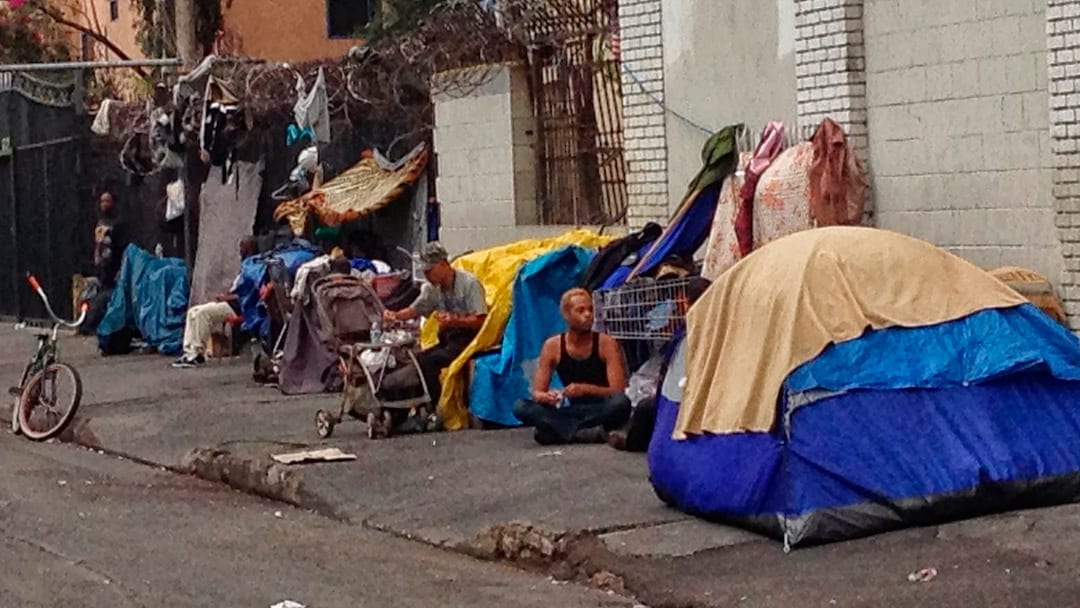 Wooooo…homelessness. It was recently announced that the homeless condition in LA County had increased by 12%. I received numerous emails, scrolled through multiple social media posts, and was part of conversations at events discussing the problem. “How could this have happened?” some said. “Relax, this is what we expected,” said the experienced, on-the-ground workers. “We didn’t plan accordingly,” said the macro folk.

With all this talk I recalled my time as the first Job Developer at Downtown Women’s Center (DWC), the only organization in Los Angeles focused exclusively on serving and empowering women experiencing homelessness and formerly homeless women. It was part of my job to identify women able to work, create and sustain partnerships with local employers, prep women for work, and assist them in obtaining jobs. I was committed to ending homelessness through employment.

What I soon learned were the depth of stories of women living unsheltered. They were judges, fashion designers, mothers, daughters, actresses, and veterans. Some reported running from violent relationships and escaping colder climates. Others suffered traumatic experiences where although years had passed, the damage could not be undone, and the healing would inevitably cause more damage. Others had a history of growing up in the area. This area I am referring to is Skidrow — one of the largest areas to hold a large population of homeless individuals in the United States.

The most surprising findings while working at DWC in 2014 was the growing number of newly homeless individuals. Women who’d lost family members thus, losing housing. Women who had been in a car accident between jobs, racked up injuries and medical bills. I had many conversations with women on how to be newly homeless. That is, where to park their car, the best time to shower, the various places to consume food downtown, and how to place cardboard boxes under their blankets while they slept on the sidewalk to prolong illnesses. I watched women develop “the smell” that occurs due to lack of showers. Then, the fatigue — hazy eyes, long stares, inability to think clearly. Next, the cough and lastly, the illness. I watched newly unsheltered women fight back tears, avoid my cubicle, and have to mentally warm up to the idea that they needed services on Skidrow.

Let me make one thing known, we fought for these women. In the inaugural year of prioritizing outside employment, the workforce development team at DWC created a system that cultivated partnerships with employers and gained employment for 40+ unsheltered women. I still run into my clients when I am in downtown LA and they fill me in how the job development services helped to increase their confidence. I follow employers like Povertees on social media and witness the progress of initial conversations of how employment can end homelessness and the importance of giving an unsheltered woman a job. I still receive emails from women who thought they would die on Skidrow meaningless. They share how they continue to earn wages, gain promotions, and find new meaning in a life they’d decided was meaningless.

The hardest part of working on Skidrow was that approximately 40% of the population looked like me. Melanin thick and travelling with stories of being black in America. The drive into work was like being on the block. There were sounds on Sunday afternoons (yes, I worked on Sundays) of Marvin Gaye and Aretha Franklin playing through a loudspeaker. The smell of cigarettes, alcohol, and laughter reminded me of the porch — the gathering place. I saw myself; my ancestors. I would think, these individuals have a similar traumatic history of being brought to America on slave ships and despite the number of people who jumped the ships or died in slavery, our ancestors had made it. They are me and I am them. How in the world do black people make up 40% of the area and 13% of the national population?? We’d be here forever if I broke that answer down. I’ll leave that for future articles.

According to the Greater Los Angeles Homeless Count, there are 59,000 people homeless in LA county. For those not familiar with the area, LA county is the third largest metropolitan economy in the world, and it has 88 cities. Los Angeles city is one of those cities and has approximately 36,000 homeless individuals.

Thinking about California, I was recently reminded of the Tenderloin area in San Francisco after watching the movie the Last Black Man in San Francisco. Similar to Skidrow, the Tenderloin has a high population of homelessness individuals. Recently, I had to explain to someone from out of town the high costs of living in parts inside and outside of San Diego compared to the cost of living. According to CNBC, in 2018, CA was the second most expensive state to live. Kudos to those who are figuring it out.

What can Californians do to assist with the rising rates of the unsheltered? Here are a few tips according to the Agenda for California: An African-American Perspective:

I wish we lived in a world where more people in the community saw the rising rates of homelessness as their problem and didn’t expect all of it to be solved by elected officials. We can all contribute to solving homelessness in LA.