Biden Says He was Wrong in Comments About Segregationists 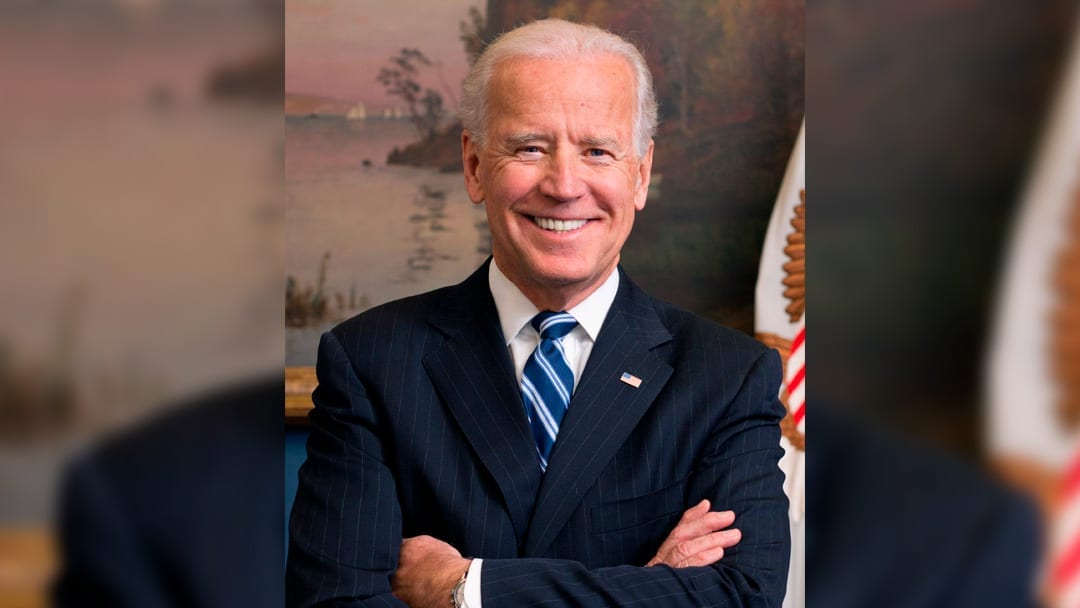 Sumter, S.C. (AP) — Former Vice President Joe Biden on Saturday apologized for recent comments about working with segregationist senators in his early days in the U.S. Senate, saying he understands now his remarks could have been offensive to some.

“Was I wrong a few weeks ago?” Biden asked a mostly Black audience of several hundred in Sumter during the first day of a weekend visit to South Carolina. “Yes, I was. I regret it, and I’m sorry for any of the pain of misconception that caused anybody.”

Biden’s comments came as he and rival presidential candidate Kamala Harris were set to circle each other while campaigning Sunday in South Carolina, the first Southern state to vote in next year’s primary and a crucial proving ground for candidates seeking support of Black Democrats. Biden defended his record on racial issues and reminded voters of his ties to former President Barack Obama, whose popularity in South Carolina remains high.

The former vice president and the California senator probably will be pressed on their tense debate exchange over race and federally mandated school busing. Though the issue is not at the forefront of the 2020 primary, it could resonate in a state with a complicated history with race and segregation.

Without naming Harris, Biden on Saturday referenced what he characterized as expected attacks from other campaigns eager to take him on.

“I’m going to let my record stand for itself and not be distorted or scared,” Biden said. He recalled his support of Obama’s criminal justice reforms and pointed out areas in which he disagreed, such as the three-strikes policy that led to longer sentences for repeat offenders.

“I’m flawed and imperfect like everyone else. I’ve made the best decisions that I could at the moment they had to be made,” Biden said. “If the choice is between doing nothing and acting, I’ve chosen to act.”

Several Harris supporters in the state said her pointed and personal critique of Biden, who opposed busing mandates in the 1970s, struck a chord in South Carolina. Marguerite Willis, a recent Democratic candidate for governor, said that when Harris spoke in last month’s debate about her own experiences being bused as a child, the entire room where Willis was watching the debate grew quiet.

“Growing up here in South Carolina, that’s meaningful to us,” said Willis, who is white. Schools were segregated when she was a child, and she recalled not meeting a Black girl her age until leaving the state for college. “So when she talked about being bused, it was powerful for me and I’m sure it’s powerful for a lot of people here who have experiences of their own.”

On the subject of busing, Biden told voters: “I don’t believe a child should have to get on a bus to attend a good school. There should be first-rate schools of quality in every neighborhood of this nation, especially in 2019 America.”

Biden began a scheduled three-stop swing in South Carolina on Saturday, his third campaign visit to the state. Later Saturday, he addressed more than 250 in Orangeburg and planned to make several stops in Charleston on Sunday.

Biden told Orangeburg voters that President Donald Trump is overtly racist and a divisive president who governs as though “any problem that we have is because of those drug-dealing Mexicans.”

Harris, who planned appearances Sunday in Florence, Hartsville and Myrtle Beach during her ninth trip to the state, has spent more time in South Carolina than any other state in the early primary landscape.

The campaign dynamics have shifted and become more personal since the last time Biden and Harris were in South Carolina.

In the debate, Harris was unrelenting in her criticism of Biden, both his views on busing and his comments about working with segregationist senators.

Biden told CNN in an interview that aired Friday that he “wasn’t prepared for the person coming at me the way she came at me,” noting that Harris knows him and his son, Beau, who died of brain cancer in 2015.

State Sen. Dick Harpootlian, who is backing Biden, said he did not believe that the issue would move voters, and that he has heard from some that they felt Harris’ debate attack was “disrespectful.”

“I think it resonates with younger voters who get all their news off Twitter or Facebook. It’s an echo chamber,” Harpootlian said, adding that he believes the state’s primary voters will be older and heavily African American. “Those are Biden’s guys, his men and women. … They want to know what they’re getting. They don’t want a promise of what’s to come in the future.”

“She can’t build herself solely on tearing Joe Biden down,” Harpootlian said. “She took that shot. What’s she offering?”

Harris muddied the debate over busing during a recent campaign swing in Iowa, appearing to tell reporters she now opposes federally mandated busing to address school segregation. Her campaign disputed the notion that she was backtracking from the position she took during the debate, arguing that she supported busing in the 1970s — when Biden opposed it — but believes conditions now make it an issue to be decided by local school districts.

During an appearance Saturday at Essence Fest in New Orleans, an annual music and cultural conference that is the largest gathering of Black women in the country, Harris pledged to fight the segregation that she said lingers today.

“There’s still mandatory busing that exists today,” Harris said. “Because we had so much flight. … Segregation persists now not necessarily as a function of legislator. … But just because there has been a drawing out of the resources in public schools. That is one of my highest priorities, and we have got to deal with that.”

The technicalities of those arguments mattered little to J.A. Moore, a South Carolina state representative who is backing Harris and felt a personal connection to her story. Moore said his Aunt Loretta, who called him during the debate, was among an early group of Black students to integrate a high school named for Strom Thurmond, a segregationist senator.

“That resonated with a lot of African Americans,” he said. “African Americans in South Carolina have been marginalized, have dealt with all kinds of discriminatory practices.”

For Willis, it may just be that Biden’s political time has passed.

“My view on it is that Joe Biden has had his day,” said Willis. “He’s a good man. I don’t think he’s a racist, personally. But I think that many people can beat Donald Trump and I don’t think we have to have necessarily an old, white guy to do it.”

State Sen. Marlon Kimpson, a member of South Carolina’s Legislative Black Caucus who will host Biden for a town hall meeting in Charleston on Sunday, said candidates’ past positions matter as voters weigh who is best positioned to defeat Trump.

Kimpson, who has not endorsed a candidate, said: “It’s one thing for people to get up and talk about what they’re going to do, but one of the barometers for someone espousing what their plans are is to look at what they’ve done in their past.”

Awaiting Biden’s Sumer speech on Sunday, Sue Catanch — a Black woman who has lived in Sumter most of her life — said she supports the former vice president in part because of his proximity to Obama. But Catanch, 73, said she wasn’t concerned about any critique of Biden’s past stances, including on busing, and instead admired what she characterized as Biden’s commitment to stay above the fray.

“If you tear one another down, it brings the whole Democratic Party down,” Catanch said. “We have got to back whoever the nominee is, and I pray to God that’s Joe.”