Pelosi Aims For Feds To Negotiate Drug Prices, Even For Private Insurers 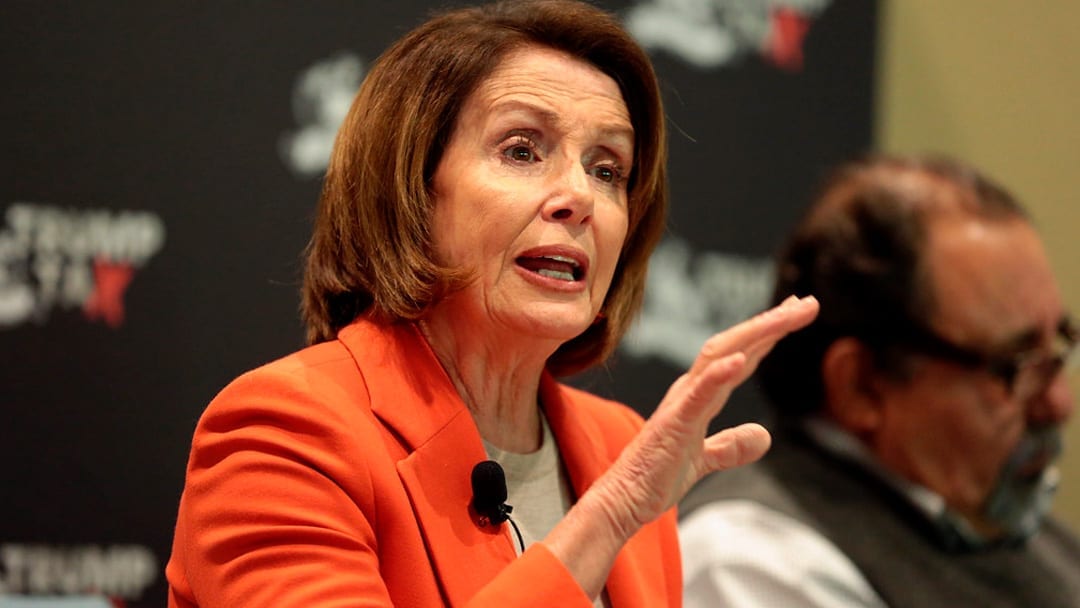 As House Democrats hash out a proposal empowering the federal government’s top health official to negotiate lower drug prices, House Speaker Nancy Pelosi is taking it a step further and pushing a plan that could benefit even those Americans with private health insurance.

A draft plan spearheaded, but not yet released, by Pelosi and other House Democratic leaders would insure that prices negotiated on the most expensive drugs would apply not only to the government but to all payers, including employers and insurers, a Democratic aide said.

But first, Democrats must agree on how best to muscle drug companies to the negotiating table, as well as how to prevent Americans from paying more or even losing access to the other drugs they take. Pelosi has faced pressure from progressive House Democrats, who have pushed for a more aggressive approach, including opening up all drugs to negotiations.

However bold a plan Democrats produce, any proposal to invite the federal government into price negotiations looks doomed in the Republican-controlled Senate, where GOP leaders have said they will not let it advance.

That means the fight over whether the government should cut deals with drugmakers is likely to play out on the members’ 2020 election campaign trails, rather than in the halls of Congress. Democrats could again try to tar Republicans as indifferent to the struggles of Americans who cannot afford health care, while promoting their own attempts to fulfill 2018 campaign promises to address skyrocketing drug prices.

Drug prices have been on the rise for decades and, according to the Kaiser Family Foundation, spending on prescription drugs— adjusted for inflation — increased to $1,025 per capita in 2017, from $90 in 1960. (Kaiser Health News is an editorially independent program of the foundation.)

Experts say the lack of competition is much to blame for high drug costs. The federal patent system, in which companies are granted exclusive control of their drug for years and can exploit loopholes to block competitors, frees those firms to charge as much as they like. That can leave patients with no choice but to pay exorbitant prices for the drugs they need.

Under the current system, negotiations are conducted on a plan-by-plan basis between drug-makers and pharmacy benefit managers, the intermediaries who themselves have faced questions about how much they contribute to high drug costs.

Many Democrats argue that the secretary of Health and Human Services should negotiate prices, leveraging the power of the federal Centers for Medicare & Medicaid Services, the largest health care payer in the country.

Though it may change before being released, the current Democratic leadership plan would authorize the HHS secretary to negotiate the prices of the 250 most expensive drugs.

“We want them to address as many as possible, as quickly as possible,” Pelosi said at a recent eventafter progressives pushed her to include more than the 25 drugs she initially proposed targeting.

The negotiation would begin with a price range set by HHS, the Democratic aide said, with the aim of agreeing on the maximum price that could be charged for a drug.

The Government Accountability Office would help sort out disagreements between HHS and drugmakers, although the specifics of that arrangement are still uncertain, the aide added.

Details of how the negotiated drug prices would be transferred to the private sector remain to be seen.

Limiting negotiations to the 250 most expensive drugs would tackle a piece of the drug market that accounts for about 78% of prescription drug spending, according to an analysis conducted by Patients for Affordable Drugs, an advocacy group.

Democratic leaders believe the 250-drug threshold would balance two competing interests, the aide said: maximizing the impact on prescription drug spending, while theoretically keeping the list of negotiable drugs to a number HHS could handle.

Otherwise, faced with more drugs —or all of them — to negotiate, the HHS secretary could reasonably determine that was more than the agency could manage and potentially cherry-pick which drugs to pursue, the argument goes.

An HHS spokesperson declined to answer questions about how such a proposal would look in practice.

The Congressional Budget Office cautioned in Maythat negotiations would likely be effective at lowering prices only if the HHS secretary were granted “some source of pressure” to use against drugmakers.

Under the Democratic leadership plan, companies that refuse to comply with negotiations would find themselves slapped with an excise tax equivalent to 50% of sales on the drug in the previous year, the aide said.

But some Democrats worry that would not be eough to pressure drug companies to negotiate. A competing proposal, from Rep. Lloyd Doggett (D-Texas) and Sen. Sherrod Brown (D-Ohio) and endorsed by the Congressional Progressive Caucus, would threaten companies with having their drugs’ patents expire sooner than planned if they did not comply with the secretary’s negotiations on behalf of Medicare beneficiaries.

A second Democratic aide said that proposal, still considered a draft, would cut to the heart of the problem by undermining the drugmakers’ exclusivity, while protecting patients’ access to prescriptions should pharmaceutical companies walk away from price talks.

“I’m for whichever plan provides the most relief for the most patients and does not allow Big Pharma to dodge responsibility for widespread price-gouging,” Doggett said in a statement.

Either plan would be better than the current system, said Gerard Anderson, a health policy professor at

Johns Hopkins University in Baltimore who has been advising House Democrats on their proposals.

However, he said, both proposals would require some kind of national formulary — a list of prescription drugs covered by insurance, as determined by the negotiations — to be effective.

“When you’re negotiating with a company where there’s three other competitors, you need to say, ‘I’m going to give you an exclusive contract’ in order to get a good deal,” Anderson said in an interview.

The Veterans Health Administration, which offers retired service members discounts through its negotiations with drugmakers, is often cited by negotiation advocates as a model that could be imitated. It regularly secures drug prices that are about 35% lower than those paid by Medicare beneficiaries, Anderson said.

Unlike Medicare, the Veterans Health Administration has a national formulary.

Although President Donald Trump said during his 2016 campaign that he supports allowing the government to negotiate better drug prices, congressional Republicans broadly oppose the idea.

The HHS secretary is barred from directly negotiating prices with drugmakers for Medicare Part D, the program’s prescription drug plan, which covered more than 43 million Americans last year. Instead, the private plans that offer Part D benefits negotiate on their own.

Sen. Chuck Grassley (R-Iowa), chairman of the Finance Committee, said on the Senate floor last month that part of the appeal of Medicare Part D is that seniors can select a plan based on its formulary, allowing them access to the drugs they need.

That choice could disappear if Democrats enable negotiations, he said.

“As the senator who once again chairs the committee with jurisdiction over Medicare policy, I’m not going to let Congress unravel what’s right about Medicare Part D,” Grassley said.

But the Democratic aide with knowledge of the leadership’s proposal dismissed that concern, saying Medicare beneficiaries would keep the option to select the plan that best suits them.

Anderson also said that concern does not hold up, explaining that there is “a huge amount of overlap” between the drugs on the Veterans Health Administration’s formulary and those on most Medicare drug plan formularies.

It is unclear when House Democratic leaders might unveil their finished plan, though Pelosi is reportedly determined to do so before the 2020 election heats up.