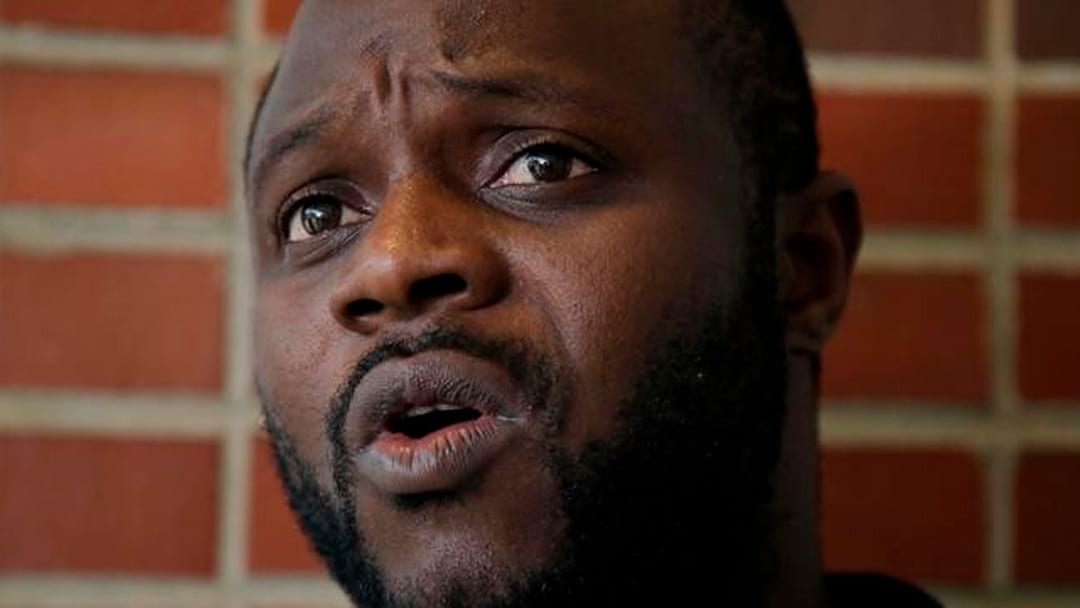 Portland, ME  (AP) — When an armed conflict erupted in his village in Congo, Blaise Matshieba Nduluyele fled from the carnage. Hundreds of people, including some of his relatives, were slaughtered.

Death remained close as his family undertook a grueling journey starting in South America and extending through eight countries to safety in the United States. They slept along roads or in the jungle. They got sick and nearly starved. They encountered bodies.

“I really didn’t think I would survive. It was really, truly terrifying,” said Nduluyele, now at a shelter with his wife and three children in Maine.

Nduluyele and hundreds of other Africans trying to escape violence and poverty are forgoing a journey to Europe for a longer, still-dangerous land route to the United States through South America. He chose the route after seeing accounts of Europe-bound immigrants being turned away, of drownings in the Mediterranean Sea and of racism.

Before the massacre, Nduluyele worked as a vendor at a marketplace after a lack of money put his medical training on hold.

Speaking in French through an interpreter, he said he had little choice but to flee from Yumbi, on the banks of the Congo River, 300 kilometers (186 miles) from the capital, Kinshasa.

More than 500 people were killed during three days of clashes after the death and burial of a tribal chief sparked violence in December, the United Nations said.

“All of a sudden, a group showed up with machetes and guns, and they just killed everyone. At that point, I had to go,” he told The Associated Press.

Thus began the long journey to the U.S. The 34-year-old Nduluyele was joined by his 24-year-old wife and their children, ages 6, 4 and 11 months. They traveled first by plane, bus and boat. When their money ran out, they covered much of the ground on foot.

The family flew from neighboring Angola to Ecuador. From there, it was a winding four-month trek through Colombia, Panama, Costa Rica, Nicaragua, Honduras, Guatemala and Mexico.

Hundreds of Africans have made the same choice, as have thousands of other Central American immigrants heading for the U.S. border. In the spring, 500 African migrants were found walking in separate groups after splashing across the Rio Grande into Texas.

The danger of the crossing was underscored by a photo of a father and his daughter who recently drowned in the river. The startling image was published around the world.

For Nduluyele’s family, the situation became dire in Panama’s Darien Gap, a notorious obstacle featuring jungles, deadly snakes and bandits. One of the kids had a high fever and began vomiting. The entire group suffered from diarrhea. His wife was having difficulty nursing their youngest. Their food ran out. They cooked leaves. They were lost. A Congolese man died from a venomous snake bite.

Nduluyele tried to keep a brave face for his family but feared the worst. “I asked myself if we would get out alive,” he said.

The family split up, with a brother taking one of the kids. He and his wife negotiated a path forward with the other two kids. During those dark hours, Nduluyele questioned the wisdom of the journey. “I thought of death. I really didn’t think I would survive,” he said.

Another group gave them leftover food crumbs. Some pasta and corn meal were shared as well. They managed a perilous mountain crossing.

In Costa Rica, the kids received medical help, he said. Then the journey continued anew, with the family suffering from a combination of exhaustion followed by days of boredom at border crossings. Eventually, they found their way to the Texas border to request political asylum.

From Texas, a bus brought the asylum seekers across the country to Maine’s largest city.

At the peak, nearly 300 asylum seekers were staying at a makeshift shelter on a basketball court at the Portland Expo. More than $800,000 in donations poured into the city to assist. Residents organized a Fourth of July celebration at a park with a lighthouse.

The African newcomers know that other communities have not been as welcoming. And Nduluyele said he would never recommend the same dangerous journey to others.

But for now, he is thankful to be safe, and he’s ready to make his case for staying in the U.S.

“It’s a basic human right. If someone faces certain death, they should be able to leave and try to save their families,” he said. “We should really love each other and take care of each other.”