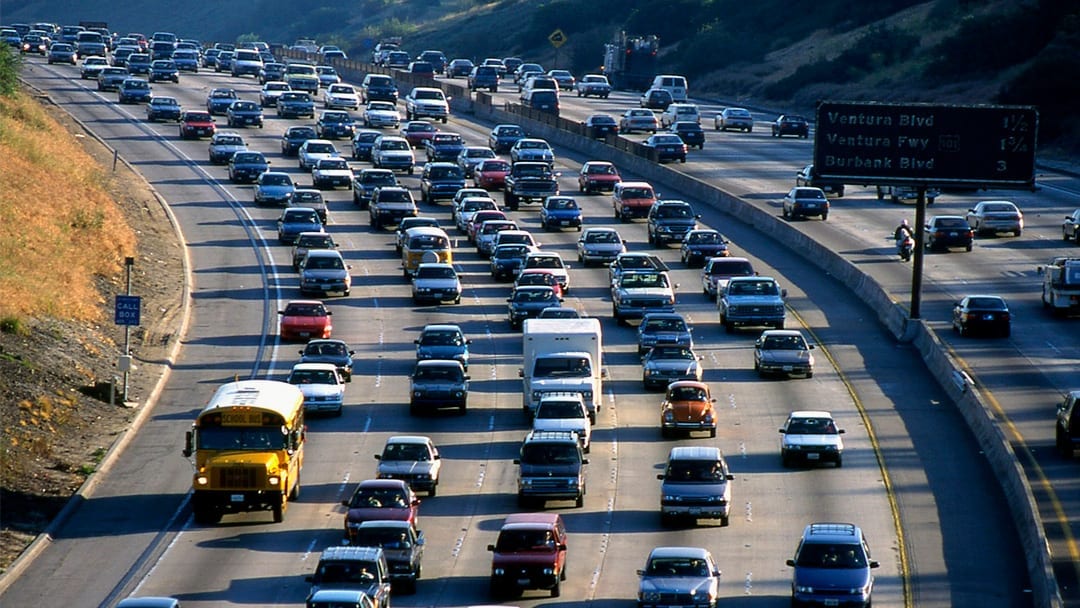 The state agreed to give the carmakers an extension to reach greenhouse gas reduction targets and pledged to eliminate penalties for power plant emissions tied to charging electric vehicles. In a win for California, the car companies agreed to recognize the state’s authority to make its own clean air rules and to follow California’s standards across the country.

“This is about leadership, California asserting itself once again, and about automobile manufacturers, to their credit, doing the right thing,” Gov. Gavin Newsom said in a press briefing. “Regardless of what the Trump administration determines in the next few weeks, this is the direction we, as a coalition, are moving in.”

The Trump administration, however, shows no sign of changing course, and Michael Abboud, an EPA spokesperson, was dismissive of California’s deal. The announcement “has no impact on EPA’s regulation of greenhouse gas emissions under the Clean Air Act,” Abboud said in an emailed statement. “This voluntary framework is a PR stunt that does nothing to further the one national standard that will provide certainty and relief for American consumers.”

The four major automakers—Honda, Ford, Volkswagen, and BMW—said they negotiated the deal to create certainty for their business and to avoid having to meet multiple sets of standards.  Thirteen other states already follow California’s vehicle standards, and Canada recently agreed to join forces with California to promote cleaner cars.

“These terms will provide our companies much-needed regulatory certainty by allowing us to meet both federal and state requirements with a single national fleet, avoiding a patchwork of regulations while continuing to ensure meaningful greenhouse gas emissions reductions,” the automakers said in a joint statement.

The four signed on to a voluntary agreement that’s less stringent than Obama-era goals to cut tailpipe emissions and increase the fleet’s fuel efficiency to an average of about 54.5 miles per gallon by 2025. But California’s new rules are not as drastic as the Trump administration’s proposal to cap fuel economy standards at an average of 37 miles per gallonstarting with model year 2021. The federal proposal would also yank a waiver that lets California make its own clean air rules.

The Trump administration’s final rule has yet to be announced—but when it is, California anticipates fighting it in court. But if it’s as expected, air board chief Mary Nichols said in a press briefing, “We would be in court very shortly after they publish those rules, no matter what.”

The threat of lengthy litigation has worried the auto industry. “Uncertainty from protracted litigation is a major concern for an industry with long production cycles, so much capital investment and 10 million Americans dependent on auto paychecks,” Gloria Bergquist, vice president of the Alliance of Automobile Manufacturers trade group, said in an emailed statement. The Auto Alliance represents a dozen automakers including three that agreed to California’s new framework: BMW, Volkswagen, and Ford.

The new agreement gives carmakers five years rather than four to meet greenhouse gas reduction goals that carmakers, California, and the Obama administration finalized in 2012. Those goals have carmakers cutting their emissions by 4.7 percent year over year for model years 2022 through model year 2025.

Now, the new framework extends that deadline — allowing carmakers to curb their emissions by 3.7 percent year over year through model year 2026, instead. Air board spokesperson Stanley Young estimated the new tailpipe emissions goals will translate to roughly 50.5 miles per gallon across the fleet. (That number includes credits, and would translate to roughly 40 to 45 miles per gallon for California drivers, Young said.)

The deal also gives carmakers more wiggle room in meeting those goals by giving them extra credit for electric vehicle sales nationwide, which can count toward one percent of the targeted emissions reductions. “What it really means is you don’t have to be quite as aggressive with the other gasoline vehicles,” said Daniel Sperling, director of the Institute of Transportation Studies at UC Davis and a member of the air board, in an interview with CalMatters. “The more electric vehicles you sell, the more benefit you get.”

For Danny Cullenward, policy director at climate change think tank Near Zero and member of the Independent Emissions Market Advisory Committee, the deal isn’t a clear win for the climate, or for California. “At best it’s a pragmatic compromise that trades policy ambition to reduce the risk of a serious loss in court,” he said.

With lawsuits looming ahead, the move demonstrates just how radical the Trump administration’s approach to the rollbacks are, if four automakers are voluntarily agreeing to recognize California’s authority, he said. But he raises unanswered questions about how the framework will work: how will these new standards affect the other states that follow California’s lead? And could it undercut California’s ability to require more sales of zero emissions vehicles in the state in the future?

Automakers see the move as vindication that the original rules were too harsh. Early in Trump’s presidency, carmakers pushed Trump to revisit the standards. The new deal, according to Bergquist at the Auto Alliance, acknowledges that the Obama-era standards were “not attainable and need to be adjusted.”

But the air board’s Nichols didn’t seem concerned an auto-industry win would come at California’s expense. “We’ll continue to see progress, but it won’t be as fast as what we originally planned on,” Nichols told reporters. “However we see also that companies have an incentive to start to bring on more electric vehicles faster.”

That incentives to bring electric vehicles — or EVs, for short — to market is what has Daniel Sperling excited, even though extending the timeline could mean lower emissions reductions over the short term. “I am delighted. The new program accelerates EVs, which really is the top priority.” To him, that’s what will bring greater emissions reductions over the long term—plus, increased fuel efficiency means consumers pay less at the pump. “If anything, this is a boon for consumers,” he said.

Julia Stein, supervising attorney at the Frank G. Wells Environmental Law Clinic, agreed. “It’s still far, far and away more aggressive than what we’d have with the Trump rollbacks,” she said. “You’re looking at a substantial improvement year over year in fuel economy, which is something consumers want. And you’re also looking at increased incentives to introducing EVs to market.”