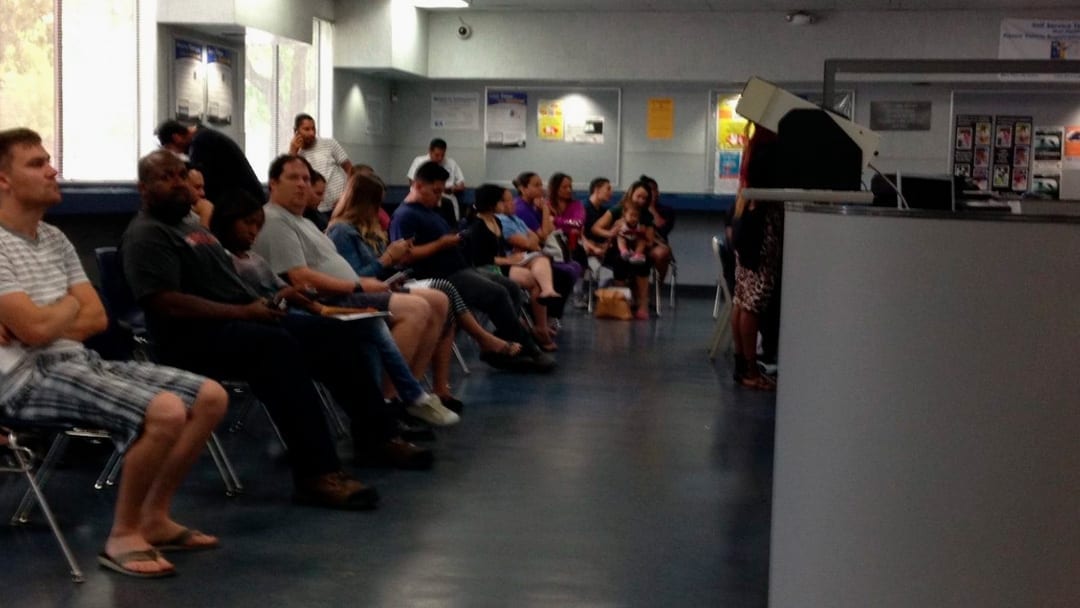 Another day, another plan to make the state Department of Motor Vehicles something other than the agency that Californians love to hate.

On Tuesday, Gov. Gavin Newsom released a report from the “strike force” he created to attack the DMV’s managerial and technological shortcomings that have forced motorists to endure hours-long waits for service and caused frequent crashes of its antiquated computer system.

The strike team report summarizes the DMV’s problems as “facing historic and unprecedented surges in demand, coupled with stagnant budgets, outdated infrastructure and little strategic planning to meet its challenges.”

In fact, the DMV suffered another system crash on the very day that Newsom was releasing the report and announcing the appointment of a new managerial team to run, and presumably improve, the agency.

“I am not naïve about the challenges facing the DMV,” the governor said. “The technology is Byzantine.”

He indicated that the shakeup will be, in part, a marketing campaign to sell a supposedly better DMV to the motoring public, appointing a trio of new executives to deal with the media and the Legislature.

The new management team will implement the strike team’s proposals, including upgraded technology, more efficient internet access to services, the acceptance of credit cards in DMV offices and better training of thousands of stressed-out workers.

“It is clear that changes are needed if the DMV is to meet its most immediate challenge: successfully meeting increased demand for REAL ID drivers’ licenses before the Oct. 1, 2020, federal deadline without the surge in wait times that customers experiences in the field offices during the summer of 2018,” the report said.

However, it warned that “even with all of the strike team’s efforts, the department will still likely struggle to meet the expected demand.”

So, one might wonder, will this effort to make DMV a lean, mean paper-shuffling team succeed where others have failed?

The steps that have been taken, and are proposed to be taken, make perfect sense.

Why were office hours not adjusted to fit the scheduling realities of motorists rather than bureaucratic convenience?

Why were computer systems that are central to the DMV’s functions not upgraded as needed, rather than allowed to deteriorate?

And so forth, ad infinitum, ad nauseum.

Past governors figuratively shrugged their shoulders as they, the Legislature and the federal government piled new duties on the agency without making the organizational changes necessary.

In his last year as governor, as DMV wait times got longer and longer, Jerry Brown was more interested in persuading the Legislature not to order up a managerial study by the notoriously aggressive state auditor’s office than in actually fixing the DMV’s problems.

Newsom deserves credit for confronting the issue head-on and at least attempting to lift the DMV into the ranks of bureaucratic respectability.

However, having done so, he now owns it. If Californians continue to have bad experiences, Newsom will bear the responsibility.

It’s often been said that the first duty of local governments is to fix potholes in the streets and roads. The DMV is Newsom’s very deep, very dark pothole.

CalMatters is a public-interest journalism venture committed to explaining how California’s state Capitol works and why it matters. For more stories by Dan Walters, go to calmatters.org/commentary.