Ready to Fight: Biden Leans into Racial Debate with Dems 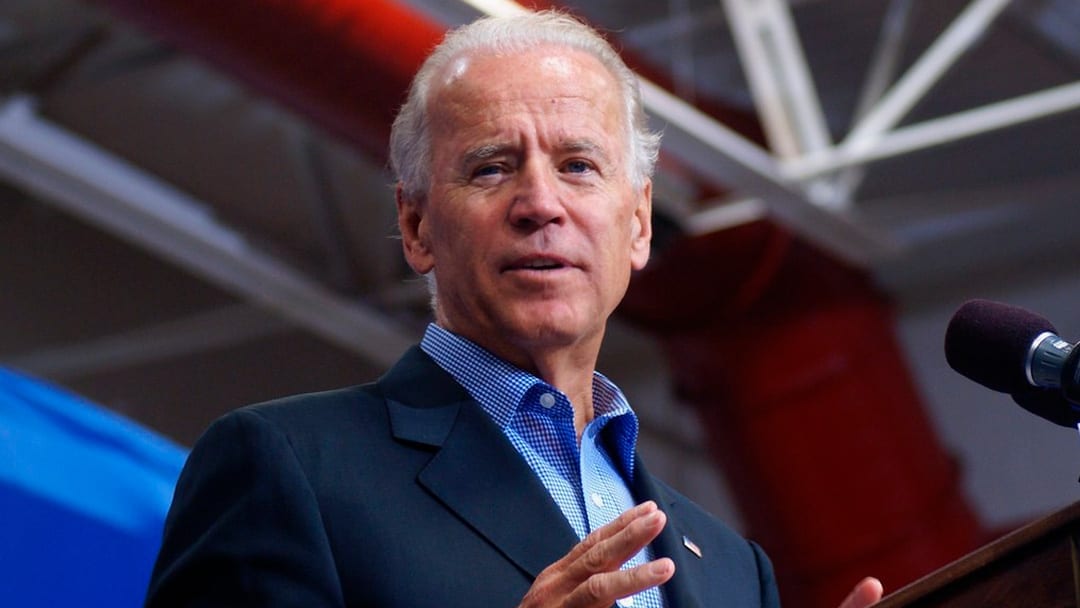 Philadelphia (AP) — Joe Biden no longer plans to turn the other cheek.

His front-running status fragile, the former vice president is embracing an aggressive plan to confront Democratic rivals who have tried to undermine his popularity with black voters.

After ignoring his Democratic competition for much of the year, Biden and his team shrugged off the risks Thursday and leaned into a deliberate campaign to push back against New Jersey Sen. Cory Booker and California Sen. Kamala Harris, the only high-profile African American candidates in the race.

Biden’s team highlighted Booker and Harris’ past praise of Biden while raising questions about their own records related to race. And Biden’s allies made clear that the former vice president was prepared for a fight in next week’s debate. They also point to numerous surveys showing Biden with durable support among black voters that far exceeds that of Booker or Harris.

“He’s going to forcefully defend his record and not let it get distorted,” declared Cedric Richmond, a Louisiana congressman and national co-chairman of Biden’s campaign. The comments echoed Biden’s own from the night before in Detroit when he warned his competitors that he was “not going to be as polite” in the upcoming prime-time faceoff, where Biden will share the stage with both Booker and Harris.

Biden’s shift underscores the escalating racial rift roiling the Democratic primary just days after President Donald Trump issued racist calls for four female congresswomen of color to leave the country, even though all of them are American citizens. For Democrats, the evolving fight represents an unwelcome distraction away from Trump’s record.

In some respects, however, it is only beginning.

Both Harris and Booker have hit Biden in recent weeks by highlighting his support for criminal justice reform that disproportionately hurt the minority community and his willingness to cooperate with segregationist senators in the 1970s, among other trouble spots from his nearly four-decade career in Congress. Booker this week called Biden the “architect of mass incarceration” for his support of a crime bill in 1994.

Biden struggled to defend himself against Harris on race in the first debate, but his team insists he won’t be caught off guard again.

The strategy marks a critical test for Biden, who has worked in the past month, with varying degrees of success, to stress his eight-year partnership with President Barack Obama over a 36-year Senate career he long saw as worthy of the presidency.

In the past month, he has sought to move beyond those early Senate years, attempting to untangle himself from awkward comments lauding his collaboration with segregationist colleagues and his opposition to federally mandated busing. Instead, he has stressed key roles alongside Obama and married his own policy proposals to gains made during that administration.

During a speech in South Carolina last month, he apologized for anguish caused by the segregationist comments, but also said he did not plan to relitigate in 60-second debate answers his long Senate career, a sentiment reflected in some supporters’ observations that Biden has appeared defensive or dismissive.

Biden’s preemptive criticism of Booker’s time as Newark, New Jersey, mayor suggests Biden sees value in a level of defiance. But in some cases, he has come off as defensive and dismissive, even to his supporters.

In an interview, the Rev. Al Sharpton, whose support many candidates covet to help win votes from African Americans, said he didn’t know if Biden could execute the delicate strategy.

“In the past he has had fumbles. We’ll see if he can operate with discipline now,” Sharpton said. “He needs to be cautious.”

Indeed, Biden’s strategy pits an older white male against two younger people of color at a time when the Democratic Party’s most passionate voters are demanding a new generation of diverse leaders.

So far, Biden can take comfort in polls that show him with a commanding edge among black voters. A survey released Thursday by Monmouth University found that 39% of likely South Carolina Democratic voters supported Biden. That was more than any other candidate — including Harris, who had support from just 12%, and Booker, with 2%. Biden’s support was particularly strong among black voters, winning 51%.

Biden strategist Kate Bedingfield used his strong support from black voters as ammunition to attack Booker on social media on Thursday, tweeting pictures of poll results that showed Biden far ahead of Booker among black voters.

The day before, she released a statement condemning Booker’s tenure as mayor of Newark, where, she said, he ran “a police department that was such a civil rights nightmare that the U.S. Department of Justice intervened.” She also highlighted Booker’s “zero-tolerance” policy for minor infractions and a stop-and-frisk policy that disproportionately hurt African Americans.

Biden himself noted this week that Harris has been a vocal supporter long before she used his record on school busing to attack him in the first debate.

At the 2016 California Democratic convention, Harris heaped praise on then-Vice President Biden. “I say from my personal experience that the Biden family truly represents our nation’s highest ideals, a powerful belief in the nobility of public service,” she said.

To complement the campaign against his Democratic opponents, Biden has also tweaked his message on the campaign trail.

Since the first debate, he has almost completely dropped references to his Republican friendships and focused instead on his eight years as President Barack Obama’s vice president.

“I think anybody in this race would love to have the record of achievement alongside Barack Obama that Joe Biden has,” Bedingfield said. “If they want to tear it down, I’d say best of luck to them.”

Democratic strategist Antjuan Seawright worries about the long-term consequences of sustained Democratic attacks on Biden’s commitment to minority communities, who will play a vital role in the November 2020 general election. Still, he says Biden has a real opportunity to project strength ahead of a prospective general election matchup against Trump.

“When you get swung at, you don’t have to swing back, but you also have to show that you know how to fight,” he said.