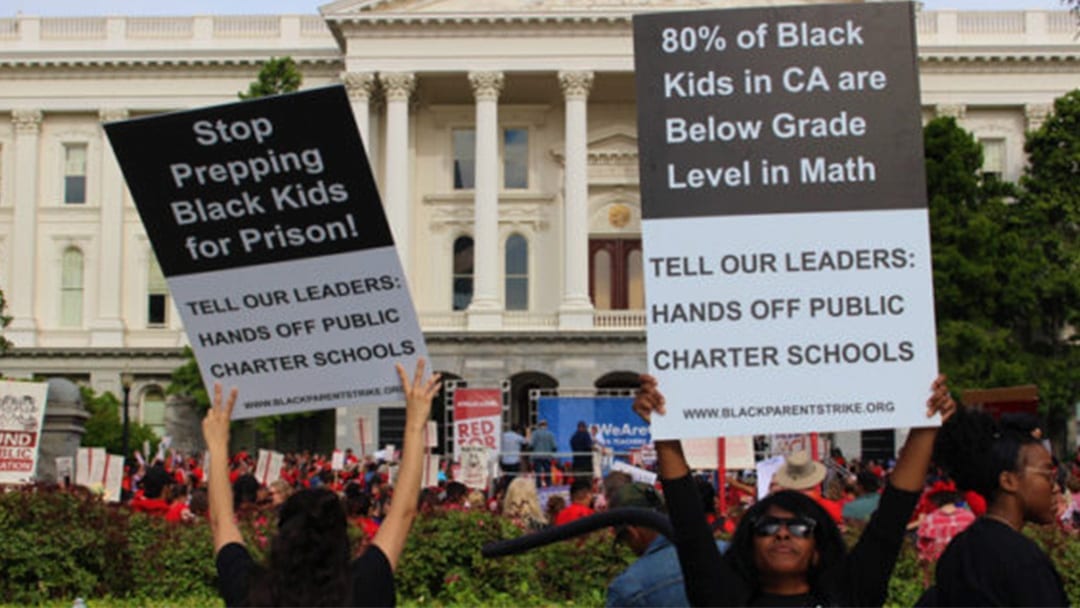 Because we want our children and grandchildren to be ready for college, NAACP members like me have chosen tuition-free public charter schools. But instead of protecting our rights, the NAACP is going along with labor unions and trying to shut down our schools.

I am an NAACP member, mother of three, grandmother of seven, aunt of 14 and an advocate for all African American children, whom my school district consistently and persistently fails. I believe the NAACP should be suing the state of California for “educational malpractice” on behalf of African American students statewide.

THEY ARE ON THE WRONG SIDE OF A DEBATE ABOUT PARENTAL CHOICE.

Instead, they are on the wrong side of a debate about parental choice. That’s why my NAACP branch in San Bernardino recently passed a resolution to overturn the NAACP National Board’s call for a charter school moratorium.

California’s traditional, government-run public schools have a terrible track with Black students. Test scores from 2018 showed a full 80% of Black kids in California can’t do math at grade level and 68% can’t read or write at grade level. That failure to educate our children leads to incarceration and other problems that continue to plague our community.

Shutting down charter schools that are better serving 50,000 of California’s Black kids doesn’t make sense. A reasonable position for the NAACP would be to hold all public schools accountable to the same high bar, charter and district alike.

But the opponents of charter schools have abandoned all reason.

For example, right now in California, student academic achievement is the most important factor in a school board’s decision to approve a charter school—as it should be.

But the school-related unions want to change the rules to protect school district budgets, arguing it shouldn’t matter if a neighborhood like mine has failing schools. If a new charter school would cause the district to lose enrollment and money, no matter how it might help kids, the union says the school board should be able to deny it.

Never mind whether the charter school can provide kids with a better education. The union’s bright line in this public debate is that academic achievement not be considered in the approval of schools. That’s just wrong.

Unions realize they have a money problem. They have literally bankrupted some urban school districts with their pension, health care and salary demands. While national teacher strikes garnered public sympathy, I won’t sacrifice my grandkids’ education to foot the bill for mismanaged school districts.

Neither will voters in Los Angeles, who just voted down a parcel tax that would have bridged LA Unified’s $500 million budget gap—a shortfall created because the school board agreed to a union contract that the district couldn’t afford. It appears that the public enthusiasm for #RedforEd does not extend to paying new taxes.

Recently, I heard someone suggest Black kids are the new cotton being harvested for unions’ public school funding. I agree, and I’m sick of it.

While the NAACP’s alignment with organized labor may square with blue state democratic politics, it doesn’t jive with the needs of African American children who are being failed by the very system the unions are protecting.

While the NAACP’s alignment with organized labor may square with blue state Democratic politics, it doesn’t jive with the needs of African American children, who are being failed by the very system the unions are protecting. Unions are driving an “adults first” agenda to eliminate charter schools and protect their monopoly over public education, regardless of the fact that the schools they control don’t serve Black children well.

This is a clear case where Black people cannot afford to have blind allegiance to labor. I’m disappointed, not just as an NAACP member, but also as a 25-year union member at the school district where I worked.

Fortunately, I’m not sure folks are picking up what the union is putting down. Back in February, the California State NAACP and the California Teachers Association sponsored SB 756, a bill that would have created a moratorium on new charter schools. The bill triggered massive parent protests and failed to garner the votes to get out of its house of origin. Not even the Democrats in a state as blue as California went along with this blatant attack on charter schools.

But other bills, including the one that would allow districts to reject charters for financial reasons, remain alive. The unions have seized on this political moment to try and get rid of charter schools, a student-centered reform they never wanted in the first place.

Cleverly, they have the NAACP in tow to silence voices on the left like mine who have been failed by the union’s public schools.

I don’t expect more from the unions, but I do from the NAACP, the nation’s oldest civil rights group. That’s why I am going to the National NAACP Convention in Detroit to let my voice be heard.

Joette Spencer Campbell is a member of the NAACP San Bernardino Branch. She is chair of the Concerned African American Parent Alliance of San Bernardino and was a classified employee of the San Bernardino Unified School District for over 25 years. A longtime champion for parents’ rights, Joette is a proud mother and grandmother.