Frontrunner no more: California poll puts Harris on top and Biden (way) down 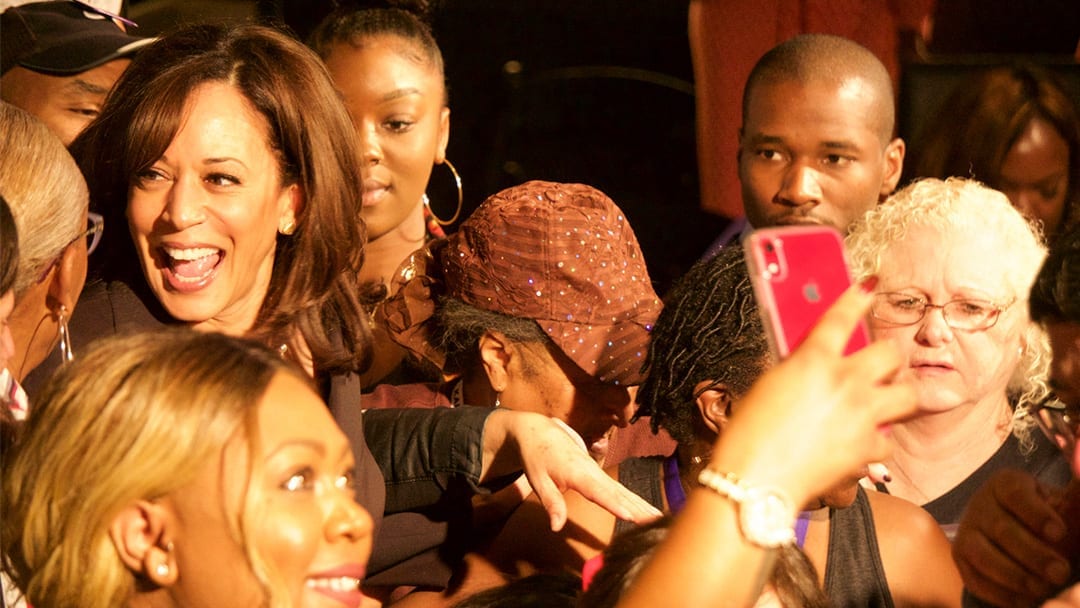 A new poll gives Sen. Kamala Harris a narrow lead among Democratic voters in her home state of California, but otherwise shows that the race is still up in the air.

And the poll is also bound to disappoint Pete Buttigieg. The mayor of South Bend, Indiana,raised more money in Californiain the past quarter than any other Democratic contender, yet he lagged in fifth place among the state’s likely Democratic voters.

Thenew survey from the nonpartisan Public Policy Institute of Californiafound that 19% of Democrats and left-leaning independents who are likely to vote say they would cast their ballot for Harris if the presidential primary were held today.

There’s still seven months before they could actually cast those ballots, but the state’s March 3 primary is a few months earlier than it has been in years past. And that seems certain to give voters here an earlier, more consequentialsayabout who will take on President Donald Trump in the general election.

Just behind Harris in the poll were Massachusetts Sen. Elizabeth Warren with 15% of respondents (and a top performance among college graduates), and Vermont Sen. Bernie Sanders with 12%.

Biden, the former vice president who has long been considered the candidate to beat in the race, came in fourth with 11%.

The poll has an error margin of plus or minus 4.4%. 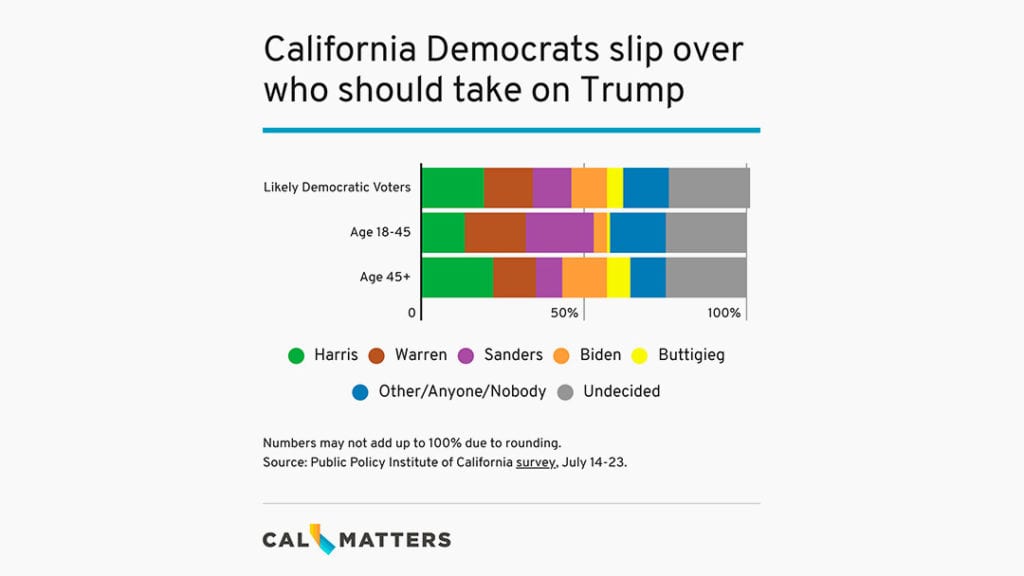 “You can’t really say that the person who we thought was going to be the frontrunner—Biden—is. Because clearly, he is not in California,” said Mark Baldassare, president of the institute. “He’s not where people thought Biden would be. Maybe it’s less surprising that Harris would be off to a good start in a state where she’s run for office several times.”

Today’s poll is one of a series of lackluster indicators for Team Biden in California. AQuinnipiac University surveyfrom earlier this month found that Biden had slipped from his first-place post in that poll among registered Democrats, losing ground to Harris.

The former vice president also struggled with individual donors in California. So far in 2019, he’s raised less with that group than Harris, Buttigieg andTrump.

Of all the candidates, Biden may be the most vulnerable to a bit of bad news. Anumber of surveyshave found that his appeal among Democratic voters is based on the perception that he is the most “electable.” Today’s new poll putting him in fourth place puts a crack in that presumption of inevitability.

But even with California’s newly prominent place on the primary calendar, it’s not clear how much that will matter. A freshQuinnipiac pollshows that he still leads among Democratic voters nationwide.

And with more than half a year to go before the first California votes are cast, there is still plenty of time for voters to make up their minds. According to the Public Policy Institute’s poll, a quarter of likely Democratic voters have yet to do so, including nearly a third of self-described moderates and conservatives.