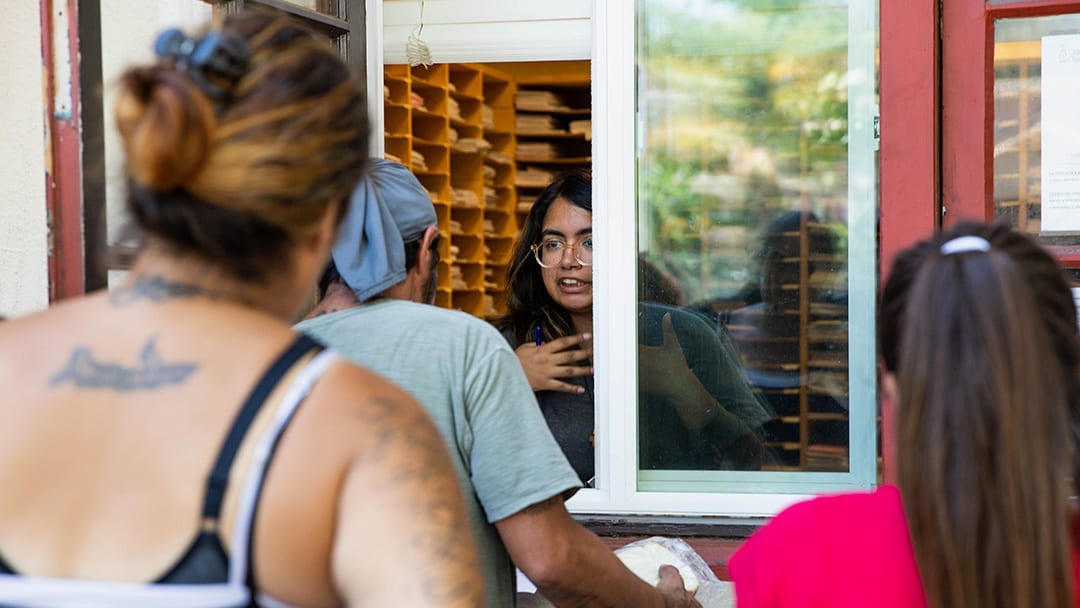 Adelle Amador does a lot of bouncing around with her husband and six children. Without stable housing, the family of eight has been living in and out of motels for the past three years. Before that, they lived in their cars for more than a year even though both she and her husband worked.

It’s exhausting and expensive, costing the family about $1,500 a week after Amador searches for bargain rates. But their lack of a permanent address presents an additional conundrum that’s all too familiar to a growing number of people in the Bay Area: To become stable, they need to find housing, yet without an address, they can’t get mail updating them about their spot on waiting lists for affordable housing.

To solve the simple act of securing a mailbox, the Cathedral Basilica of St. Joseph and Catholic Charities of Santa Clara County created “The Window,” a small room at Catholic Charities’ John XXIII Multi Service Center at 195 E San Fernando St. where people like Amador can get mail. The decades-old program provides those moving in and out of homelessness with a free mailing address, something advocates say is a small but vital service.

Not having an address can mean missing out on welfare checks, Social Security payments, veteran’s benefits, school communications, affordable housing updates and letters from friends and family. Patrons of The Window can stop by each day to check on their mail, get lunch, pick up supplies such as conditioner, shampoo, soap and deodorant, and other services.

“The mail service is deceptively simple,” said Stephanie Roca, who spent a year volunteering at The Window. “Before I worked with the homeless, I did not know how important it was. I remember thinking: ‘Postal service, why do the homeless need postal service? Who are they going to write to?’ I had never thought about it. It’s little things like mail that I think people take for granted.”

The Window was established nearly three decades ago by the Cathedral Basilica of St. Joseph after people working with the homeless community in San Jose realized that not having a place to get mail was a chronic and vexing problem. At the time, the nearby St. James Post Office didn’t provide General Delivery service, organizers said. So the cathedral offered its address and in 2017 the program moved to its current location after Catholic Charities and the Basilica teamed up. 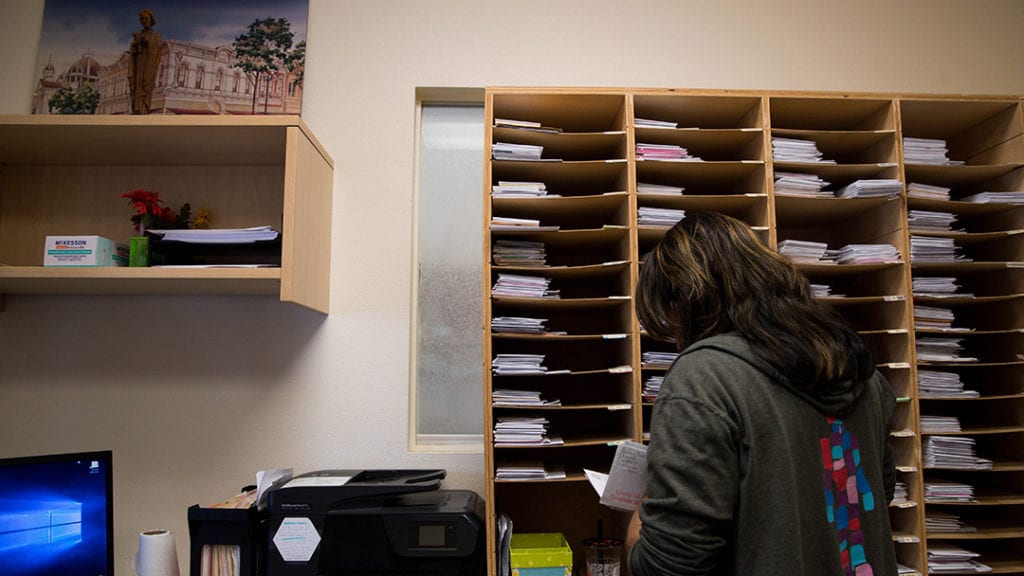 Over the years, the number of patrons has grown as the city’s homeless population has soared, rising 42 percent in just the past two years. Today, about 1,000 people use The Window, a number that’s doubled since 2008. Sharon Miller, who helps lead the program, attributes much of that increase to the area’s housing crisis.

“The housing market skyrocketed and it pushed people out of housing,” she said, adding that about 100 patrons of The Window are homeless students at San Jose State University.

The Window is one of the longer-running and more extensive mail services for the homeless in the Bay Area. The Alameda County Social Services Agency provides mail services for the homeless, but only for distribution of government benefits, like the CalFresh food stamp program, said Sylvia Soublet, director of public affairs and community relations.

In Contra Costa County, the Trinity Center in Walnut Creek and the Greater Richmond Interfaith Program provide postal addresses for homeless clients, according to Karl Fischer of the county health department. And San Francisco’s Department of Homelessness and Supportive Housing offers a service similar to The Window at its central city access point, according to an emailed statement from Tanya R. Ellis of the department, who said some local nonprofits allow clients to get mail at their offices.

In San Jose, The Window is a lifeline for those who use it.

“I thought it was amazing,” said 63-year-old Deborah Giguiere, who has been transitioning in and out of homelessness for the past eight years. She was astonished when she learned she had a place to pick up mail, no strings attached. “It represents hope.”

On a recent afternoon, about half a dozen people lingered in a line outside The Window. One man approached, jotted down his name, and was handed a sandwich in a plastic bag. A volunteer checked to see if he had received anything.

“No mail today, sir,” the volunteer told the man, who shrugged and walked away.

Though the volunteer made it look easy, Miller said there is a “science” behind keeping the roughly 500 pieces of mail a day they receive from the post office organized. To make sure it doesn’t pile up, they purge mail that has been sitting there for more than two months.

Since learning about The Window a few weeks ago, Adelle Amador has been stopping by regularly to check her mail for updates on affordable housing. Usually, she cleans houses and her husband, Maurice, works at Levi’s Stadium during football season and fixes cars on the side, but she is currently devoting most of her time to searching for a place to live. So far, nothing has panned out, but she’s relieved the family now has a steady mailing address and a place to pick up lunch when they need it.

“At least I know I can come here every day and check my mail,” she said.

Erica Hellerstein is a journalist at the Bay Area News Group. This article is part of The California Divide, a collaboration among newsrooms examining income inequity and economic survival in California.