Seabirds eating plastic. Recyclers struggling. This is what California’s waste crisis looks like 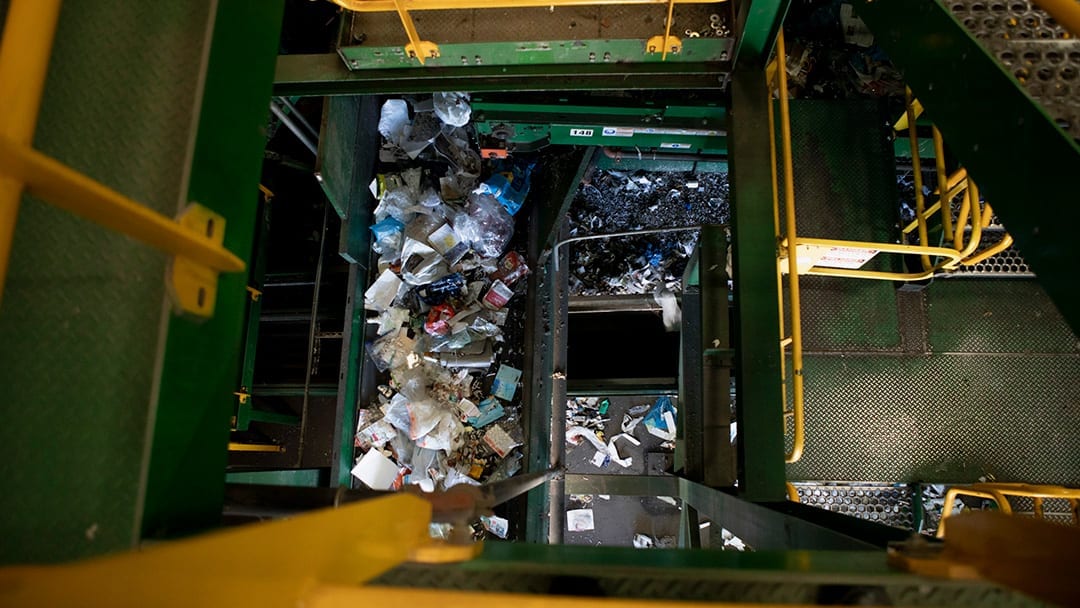 It was more than a year after the seabird died and washed up on a California beach before Jessie Beck prepared to reveal its last meals. Holding its stomach over a laboratory sink, Beck snipped open the slick tissue. With a series of plinks, the stomach contents slumped out onto the metal sieve below.

Inside were the remains of seabird food, like hooked squid beaks the size of fingernail clippings. Mostly, though, Beck found hard shards of plastic, soggy cardboard, styrofoam, and a maroon hunk of mystery meat that looked like beef jerky—until Beck cracked it open. Its innards were pure white: more styrofoam.

The gray bird, called a Northern Fulmar, may have died in the waters off California during its winter migration. And it’s possible that the bird’s garbage-filled meals played a part in its death. But Beck, a scientist with the non-profit group Oikonos Ecosystem Knowledge, isn’t one to speculate, and she isn’t investigating what killed it. 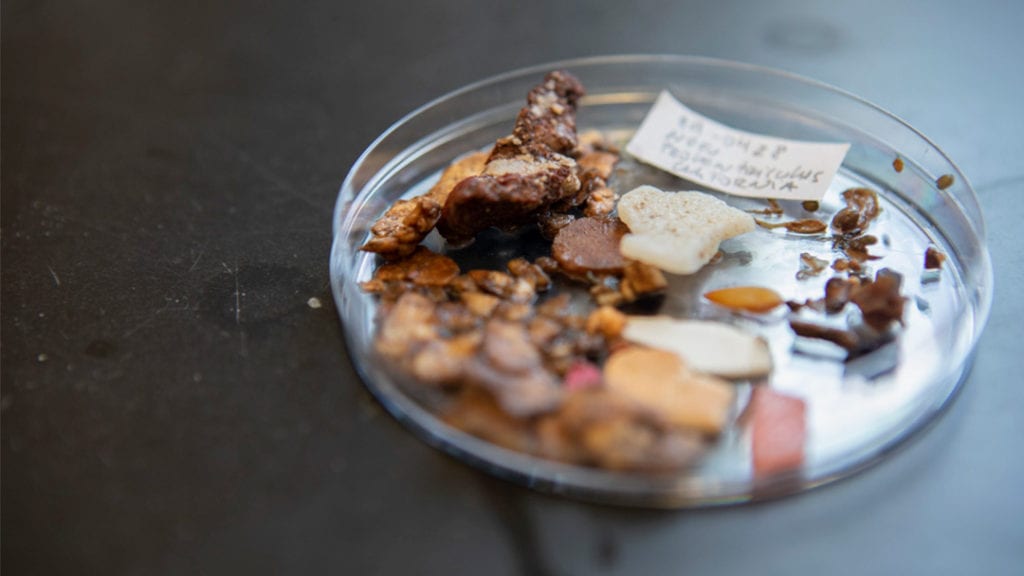 Instead, the bird is part of a larger project to monitor plastic pollution, 4 million to 12 million metric tons of which wash into the ocean around the world every year. Fulmars are known to snack on this trash, particularly when they’re hungry. And when they die and wash up on shore, about 70 percent of them bring some plastic back with them every year.

Looking in these birds’ guts is how Beck studies the plastic bobbing on the ocean’s surface and tempting hungry animals. That plastic and cardboard crowding out the squid beaks and seaweed in the dead bird’s stomach are a sign of a global garbage crisis that California hasn’t escaped.

Californians generated about 77.2 million tons of waste in 2017, according to the most recent calculations from CalRecycle, California’s Department of Resources Recycling and Recovery. Of that, about 44.4 million tons ended up in landfills in 2017. CalRecycle estimates that the other 32.8 million tons, about 42 percent, was sent to recycling or composting, or was just never tossed in the first place.

The numbers are a problem because they mean the state is far from reaching a statewide goal to reduce, recycle, or compost 75 percent of waste by the year 2020. And the outlook isn’t good. That’s in part because cheap natural gas is spurring investments in manufacturing of virgin plastics, which a CalRecycle report said could “undermine source reduction efforts, undercut prices for recovered plastics, and exacerbate plastic litter and marine pollution issues.” 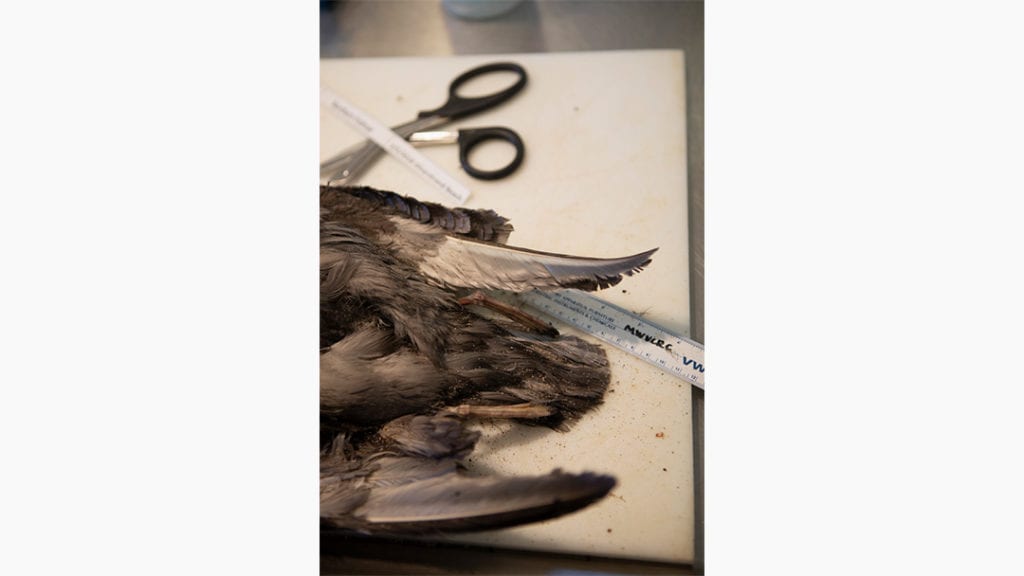 There’s also a major shakeup to the international recycling markets, which affects California because it exports about a third of its recycling, according to CalRecycle estimates.Historically, the bulk of California’s recycling exports went to China. But in 2013, China temporarily scaled up inspection and enforcement against imports of contaminated recycling. And in 2017, China announced new restrictions on imports and tighter contamination standards for materials including mixed plastics and unsorted paper.

“That started sending recyclers and recycling markets into a tailspin here,” said Kate O’Neill, an associate professor in environmental science at the University of California, Berkeley and an expert on the international waste trade. Since then, countries including Thailand, Vietnam, and India announced plans to ban scrap plastic.

O’Neill, for one, hasn’t lost hope. “Waste is a challenge we can meet,” she said. She hopes the race to find a plastic substitute will take off, and that manufacturers will cut back packaging on consumer goods. But any systemic change, she knows, will take time. “You’re talking about slowing down and stopping the Titanic,” she said.

In the meantime, recyclers and local governments across the state are struggling to cope with a rapidly changing market for recyclables. And they’re trying not to undo the decades of work that made consumer recycling a habit.

The upheaval in recycling markets means plastic and, especially, paper are piling up for recyclers like Richard Caglia, corporate development officer for the Caglia Family companies, including the Cedar Avenue Recycling and Transfer Station in Fresno. 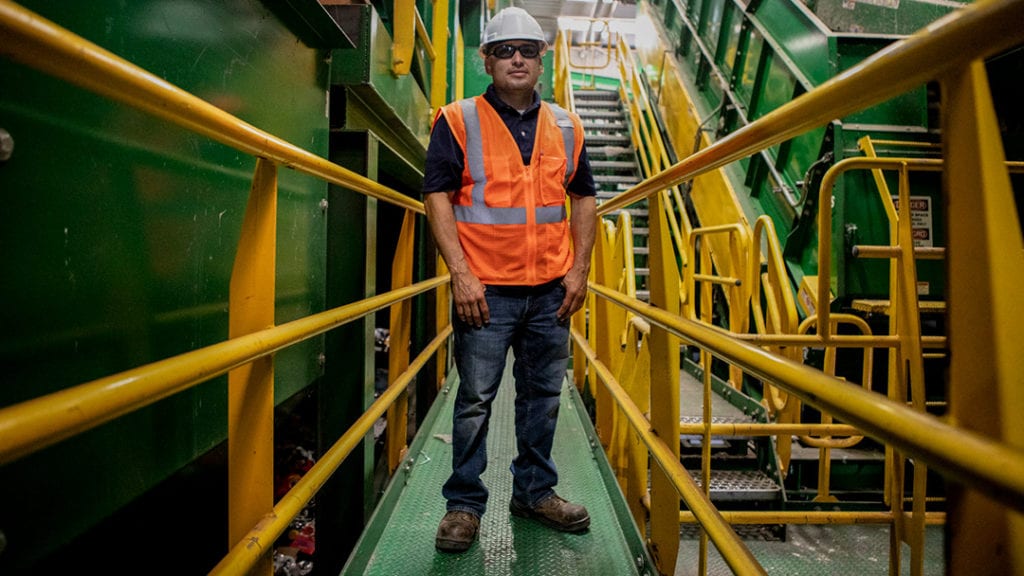 “The market is in a state of flux,” Caglia said, and weathering it has meant raising rates for some of the recycling haulers and cities they work with, including Fresno. “So far, we’ve been very fortunate to survive it.”

The Cedar Avenue facility accepts about half of Fresno’s residential recycling, as well as recycling from surrounding areas. Caglia’s trying to find someone who wants to pay for his bales of mixed paper. Right now, he has roughly 4.2 million pounds of it stockpiled, and that has Caglia worried about fires. Central Valley summers are hot, and every so often people toss something that could spark a fire—like lithium ion batteries—into their recycling.

“Even though we try to keep our materials spread out as far as possible, it’s the nature of the business—something could go wrong anytime,” he said. “We actually have 24-hour-security now doing nothing but fire watch.”

In spite of the shakeup, the City of Fresno hasn’t raised its garbage fees or changed which recyclables it collects from residents—at least not yet, according to Alicia Real, recycling coordinator for the City of Fresno. “We’re at that tipping point right now,” Real said.

For now, though, Real said it’s the non–recyclables people really need to stop tossing in the blue bin, things like dirty diapers, garden hoses, clothing, styrofoam, and kiddie pools. That’s why Fresno is running a “Keep Fresno Clean” campaign. Its webpage is headlined by a woman clutching a garden hose and a man holding a diaper sporting a smiling 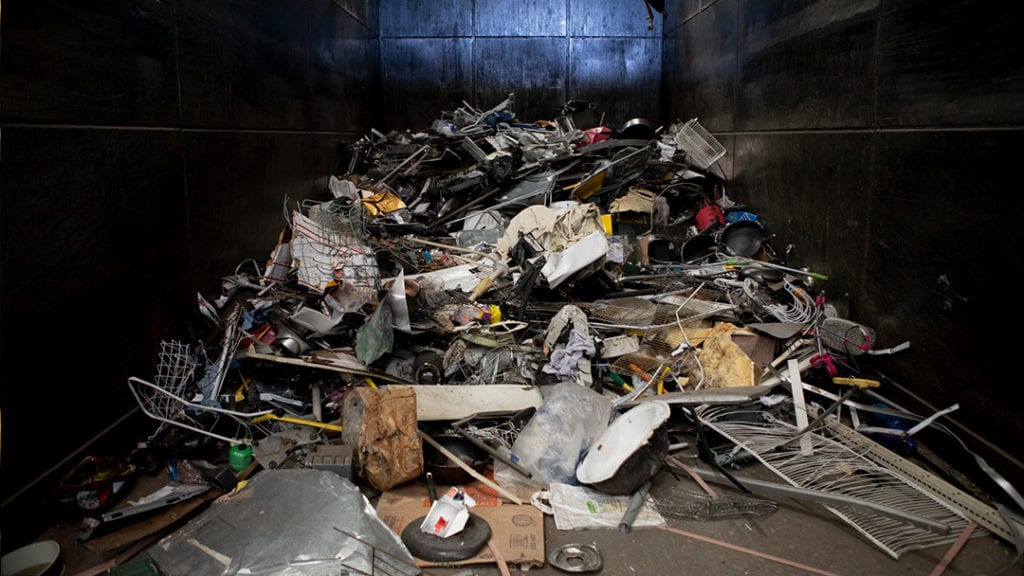