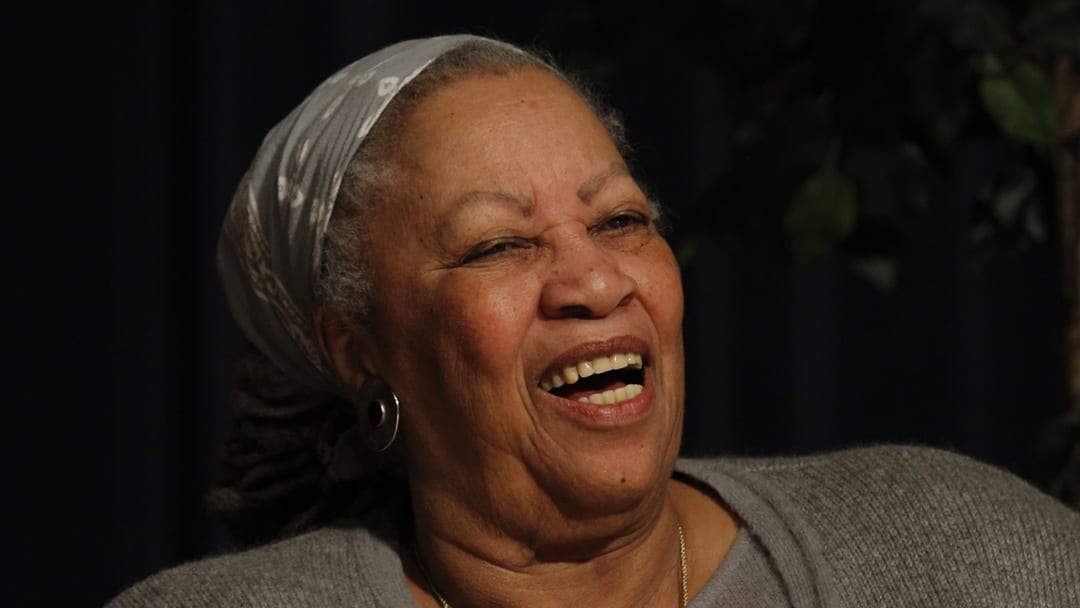 “One has to work very carefully with what is in between the words. What is not said. Which is measure, which is rhythm and so on. So, it is what you don’t write that frequently gives what you do write its power.”

Acclaimed novelist, essayist, editor, professor and Pulitzer Prize winner Toni Morrison died Monday, August 5, 2019 after a short illness. She was 88. When I learned of her passing, I thought of her words, “When you surrender to the air, you could ride it. Just let go …”

Highly celebrated for her masterful and at times very raw examination of the African American experience, Morrison wrote with a melodious resonance that rang true to millions.

Born in Ohio during the Great Depression, her father worked at a steel mill near the family home and when it was time for her to pursue college, he worked side jobs to help pay for her education. Morrison studied at both Howard and Cornell universities before she fell in love, married and settled with her husband in Washington, D.C. The couple had two sons.

The marriage fell apart after six years and in 1965 Morrison resettled in New York with the couple’s two young sons.

It was during those early days in New York Morrison had a revelation. She realized the kinds of stories she wanted to read were unavailable to her—they didn’t exist because no one had written them. She set about to change that.

Her revelation would ultimately benefit everyone who came to know and love her work. Morrison was so committed to writing even while caring for her two young sons she successfully completed her highly acclaimed first novel, The Bluest Eye.

Story after story, Morrison’s work continued to vibrate with the grit, rawness, rancor, truth, beauty and possibilities of the compelling lives she created. From the opening lines of her novels you are engaged in an intimacy with her characters. You become so invested in their stories—at times, their experiences leave you breathless.

Morrison’s collection of work offers a depth of literary experiences that can take you on a journey to the seat of your soul, elevate thinking, change minds, shape relationships and has encouraged and uplifted a people and the world.

Readers find her work consoling and wise, bitter and beautiful, combative and conciliatory, mystical, spiritual, empowering and unapologetic. Like a laser, at times she shined a piercing light on soul numbing truths and more often she worked like a fine artist—deftly flourishing her words as if holding a brush like the master she was—Morrison created murals of histories and possibilities from the fragmented shards of colorful lives–characters you met in the pages of her books.

Toni Morrison endowed us with several masterful works including The Bluest Eye, Sula, Beloved, Song of Solomon, Jazz and others. Her ability to weave spiritual, ancestral memories into the wariness and bitterness of the African American experience and its celebration of survival has gifted us with expanded understanding of our connectivity to those who came before, of the spiritual strength it has taken Black people to survive and thrive in America, and how to go within to find renewal and solace when needed.