Is California’s ethnic studies plan too politically correct even for California? 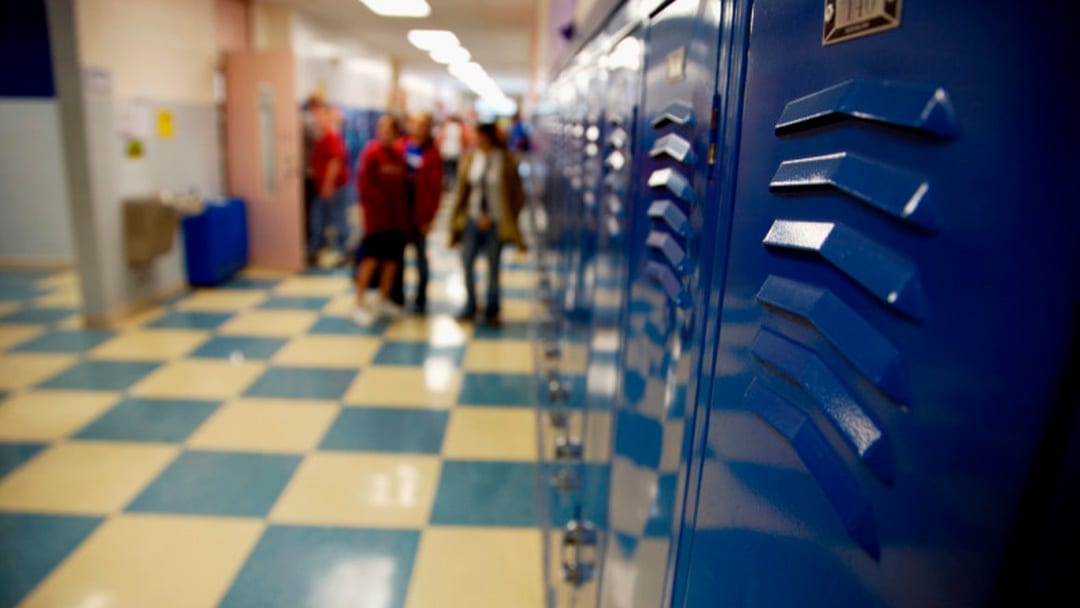 As Americans grapple with shifts in culture and demographics, majority-minority California is developing a high school curriculum in ethnic studies, one of the first nationally. Not long ago — while managing his extracurriculars and winnowing his college choices — Eli Safaie-Kia, 17, found time to discover a draft of it.

Its contents were, in some ways, standard-issue: readings and projects aimed at fostering tolerance, offering non-traditional perspectives and helping a massive, multicultural populace better understand one another. But in other ways, the draft was confusing even to a Generation Z kid from a blue-state. For one, it presented Israel in a way that went heavy on Palestinian oppression and scarcely mentioned the Holocaust.

So unsettled was the Israeli-American teen by the California Department of Education’s proposed model curriculum, required by a 2016 law, that the Los Angeles high school senior fired off a comment to the department.  “I kinda came across the document,” he said, “and once I began reading through it, it was a little bit disturbing to see how one-sided some parts of the ethnic studies proposal was.”

Now, as the comment period for the draft approaches its Aug. 15 deadline, hundreds of complaints, suggestions and op-eds have posted, from conservatives who don’t like its depiction of capitalism as a “form of power and oppression,” to parents stumped by its academic jargon to no small number of Californians who, like Safaie-Kia, wonder why it says so little about anti-Semitism. A bill winding its way toward the governor’s desk (Gov. Jerry Brown vetoed an earlier version) would make ethnic studies a high school graduation requirement.

The model curriculum is intended to serve as a guide for high schools in a state in which non-Hispanic whites represent only 42% of the population, and its proponents say it’s the logical next step for a state that has already adapted, more than most, to an increasingly diverse culture.

But as anti-immigrant rhetoric, violent white nationalism and rising hate crime roil the nation, the furor around it, even here, underscores how far even California has to go.

For example, some commenters have complained that the curriculum’s language, examples and tone are so left-leaning that they won’t work effectively in more conservative parts of California. “After reading this latest school curriculum twist to the left, it makes the decision much easier to go with charter schools and private education,” one critic commented this month.

Supporters of the draft say it’s time for students to learn about the U.S. through a lens often ignored by those in power.

“Sometimes people want to approach ethnic studies as just a superficial diversity class and that’s it,” said R. Tolteka Cuauhtin, a member of the advisory committee that worked on the draft. “Ethnic studies is an academic field of over 50 years that has its own frameworks, its own academic language, its own understandings of how it approaches subjects and our world.”

He pointed to criticism of the draft that questions the curriculum’s repetition of academic jargon — words like misogynoir, cisheteropatriarchy and hxrstory.

“It seems to be fine for other academic disciplines to have their own academic language,” he said. “AP Chemistry for example has some very complex academic terms, difficult to pronounce, but it’s expected because it’s AP Chemistry.”

Also controversial, including among state lawmakers, is what the draft appears to have left out. The California Legislative Jewish Caucus submitted a letter to the department expressing its concerns:

“While the specifies the importance of studying hate crimes, white supremacy, bias, prejudice and discrimination, and specifically discusses bias against other communities, it omits any meaningful discussion of antisemitism,” wrote the caucus.

Democratic Assemblyman Jose Medina of Riverside, the author of the bill making ethnic studies a graduation requirement, also signed the letter and is a member of the Jewish caucus. Assemblyman Jesse Gabriel, a Democrat from the San Fernando Valley and vice chair of the caucus, said he supports teaching ethnic studies in schools, but found the draft offensive.

“Our caucus meetings tend to be relatively low-key but really across the board people were really really upset, really disturbed by the model curriculum and by the way it treats the Jewish community,” he said. “It really reflects an anti-Jewish bias. It’s pretty outrageous that it omits anti-Semitism.”

The draft’s glossary lists other forms of bigotry like islamophobia and xenophobia. “It’s really hard to understand how that could possibly happen given everything that’s going on in the world given the statistics about the dramatic increase in anti-Semitic violence,” Gabriel said.

Earlier this year a report released by the Tel Aviv University’s Kantor Center found that anti-Semitic violence has increased around the world. In April, a gunman opened fire in the Chabad of Poway synagogue near San Diego. One woman was killed and three others were injured.

Critics also say the draft takes a one-sided approach to the Boycott, Divestment and Sanctions movement which calls for countries to sever ties with Israel in solidarity with the Palestinians.

The draft’s glossary defines BDS as a “global social movement that currently aims to establish freedom for Palestinians living under apartheid conditions.” Gabriel, the Democratic assemblyman, called the definition  “one-sided propaganda” and said the draft appeared to bend over backwards to include BDS.

“If you’re going to get into issues related to the Israeli-Palestinian conflict — I don’t know why that would be something you’d do in an American Ethnic Studies course — then do it in a way … that’s inclusive and presents perspectives that young people could do critical thinking about these issues,” said Gabriel, adding that he understands the draft will go through multiple revisions. But he said the caucus was also concerned with the draft’s inclusion of a song stating that Israelis “use the press so they can manufacture,” perpetuating an anti-Semitic trope.

The portrayal of Israel was what prompted Safaie-Kia, the Los Angeles teenager, to share a public comment.

“Being a proud Californian and Israeli-American, I would never want to feel hated or discriminated against at my public school, and the inclusion of anti-Israel bias in curriculum would threaten my safety as a minority student,” he wrote.

Stephanie Gregson, the Deputy Superintendent of Public Instruction said the draft currently posted will look very different after review by the Instructional Quality Commission in September. The department is recommending edits and the commission will consider those edits at the meeting.

She said while public comment is posted as open until August 15, people can send comments to ethnicstudies@cde.ca.gov anytime throughout the process, which will continue until January or March of next year. She added that the department is aware of concerns.

Cuauhtin, a committee member who helped create the draft, said the draft is a work in progress, and he agrees that it should say more about anti-Semitism as a form of oppression.

“Given our time constraints, the limited parameters we were given to work with and the public comments we received at the time, I’m proud of our work,” he said in an interview with CalMatters. “If we were still meeting today with the public comments that have been received since, I’m confident there would be some changes made.”

Incoming 12th-grader Safaie-Kia said he has confidence in California to come up with a lesson plan for the diverse demographics that are spreading to the rest of the country. The U.S. Census has determined that, by 2060, America will, like California, be majority-minority.

“As a state I think that we really excel in trying to promote a sense of large community and we are a humongous state and it is difficult,” he said.

“But I think pieces like this curriculum, if done correctly, can really help make such a big state feel like a big community instead of such a place where people aren’t friends with their neighbors or people aren’t connected to someone who may live 300 miles away from them.”

To read comments on the draft, click here. To leave a comment, send an email to this address. To learn more about the ethnic studies model curriculum, click here.