Can California put cars in the rear-view mirror? 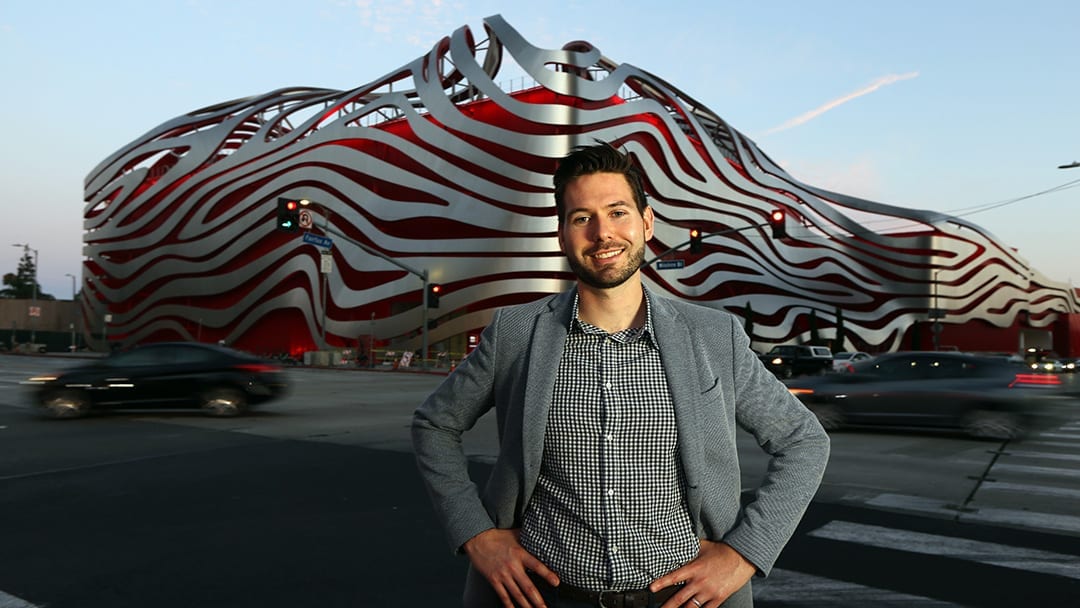 The story goes that Californians love their cars. But much of the time that relationship is dysfunctional, launching drivers into the teeth of traffic jams, fouling the air and spewing gases that undermine state policies to combat climate change. Most personal cars sit quietly at the curb or in a garage for 95% of the day, so why even have one?

With transportation — mostly passenger vehicles — responsible for about 40% of the state’s greenhouse-gas emissions, policymakers are ramping up efforts to uncouple Californians from their cars. As they nudge people into ride-sharing, public transit and housing built to enable both, officials are playing a long game. And they’re navigating a political and social minefield dotted with oil interests and drivers loath to give up cars without easy and affordable alternatives.

There’s also our clichéd romance with the automobile, long abetted by the state’s film, television and music industries with such tropes as the Beach Boys’ surfboard-toting station wagon and TV commercials showing drivers gliding up Pacific Coast Highway, convertible top down, gleaming hair whipping in the breeze, not another soul in sight.

One of the things those commercials don’t say: Cars cost nearly $10,000 a year to operate in California, more if you have an older one. And unless something drastic happens to get motorists into cleaner cars and to drive less overall, “we are never going to meet our greenhouse-gas goals,” said Assemblyman Phil Ting, a San Francisco Democrat who has sponsored a handful of bills to reduce transportation emissions.

Those emissions are actually rising, and numerous studies have warned that unless they are significantly reduced, the state won’t achieve its goal of lowering greenhouse-gas output to 40% below 1990 levels by 2030. Coupled with existing state measures to encourage adoption of electric cars and reduce the carbon content of fuels, officials are aiming to decrease the overall miles that vehicles travel in California — a simple concept that’s devilishly difficult to implement and will require multiple approaches. 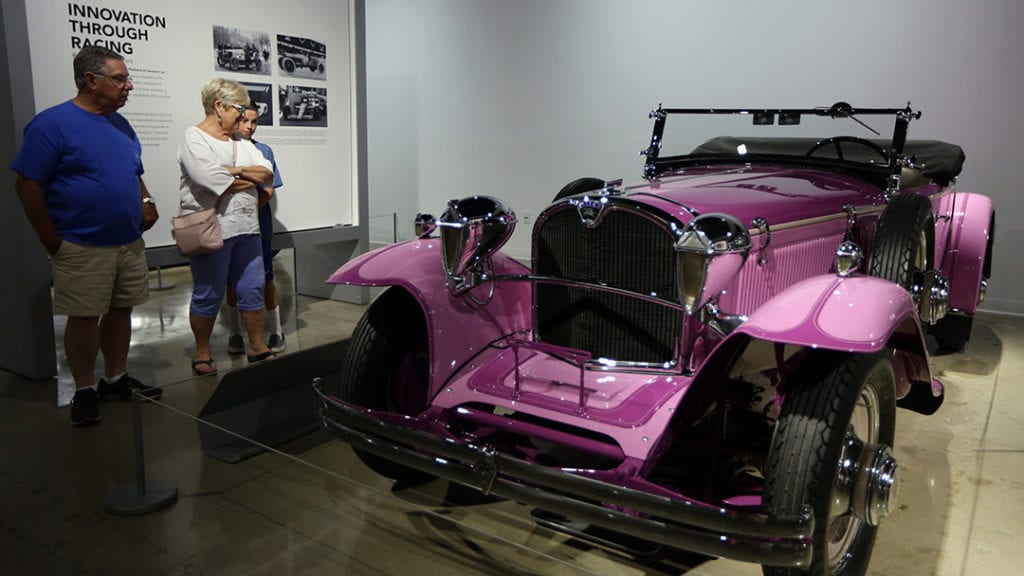 Jim Sawyer with family members at the Petersen Automotive Museum. Photo by Iris Schneider for CalMatters

No one is saying private cars will be banned,although Air Resources Board head Mary Nichols came very close to suggesting it a few months ago. That would be impractical in many areas of the state, and difficult for many drivers who rely on their vehicles for work. There is scant public transit to fill the gap.

Jim Sawyer, a salesman from Camarillo who spends much of his workday on the road, said there’s no way he would mothball his car.

“I wouldn’t like it a bit,” said the 76-year-old. “I can understand they want clean cars, electric cars. I don’t live in never-never land; I know what the future is. But I don’t think the government should tell us what to do. This is a country built on freedoms. Cars are part of American culture.”

That’s a taste of what officials are up against as they spend hundreds of millions of dollars on programs to clean up transportation. By law, proceeds from the state’s cap-and-trade program must be used to reduce planet-warming emissions. Sixty percent is set aside for high-speed rail and affordable housing projects clustered around transit hubs that make it easier to ditch cars — such as multi-family housing construction in Redding and Antelope Valley’s conversion to electric transit — and help with local and regional public-transportation upgrades.

The state-run Strategic Growth Council doles out some of that money to local governments and community groups for projects that the state might not typically fund. For example, the council provided $33 million last year to help the low-income Los Angeles community of Watts buy electric buses and install bike paths.

The current state budget allocates $15.7 billion to the Transportation Agency, which has a half-dozen departments under its auspices. Much of the funding focuses on clean transportation and enhancing existing bus and rail routes. The state allocates a recurring $220 million to support so-called active transportation such as walking or biking.

When such measures fail, disincentives such as “congestion pricing” become an option. London and Milan, for example, charge a premium for drivers to navigate certain clogged streets, but when transportation authorities announced they would study such a system for Los Angeles County, motorists and businesses raised a furor. 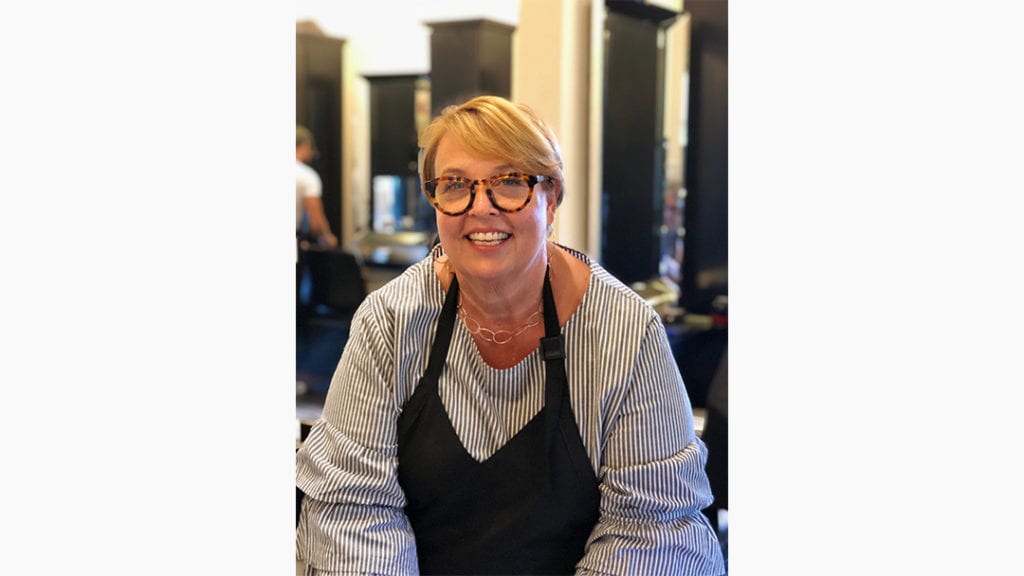 Hairdresser Diane Plitka Kozak in the South Pasadena salon where she works. Photo by Julie Cart for CalMatters

Voters have sent mixed signals about measures that make driving more costly. After then-Governor Gray Davis tripled the vehicle license fee, he was replaced in the 2003 recall election by Arnold Schwarzenegger, who campaigned on a pledge to reverse the move. Yet after the state raised gas taxes in 2017 to fund road and transportation upgrades, a ballot measure to repeal it was defeated.

The not-so distant future, experts say, will hold any number of the proposed solutions, adding up to the message: Please consider leaving your car in the garage.

Not everyone’s against that.

“I’m a die-hard auto enthusiast, but if I could push a button and get work done (while driving), that would be amazing,” said Michael Bodell, deputy director of the Petersen Automotive Museum in Los Angeles. “In an urban environment, driving is not fun.”

Still, it’s as difficult for many drivers to contemplate life without personal cars as it is for public officials to discuss it. 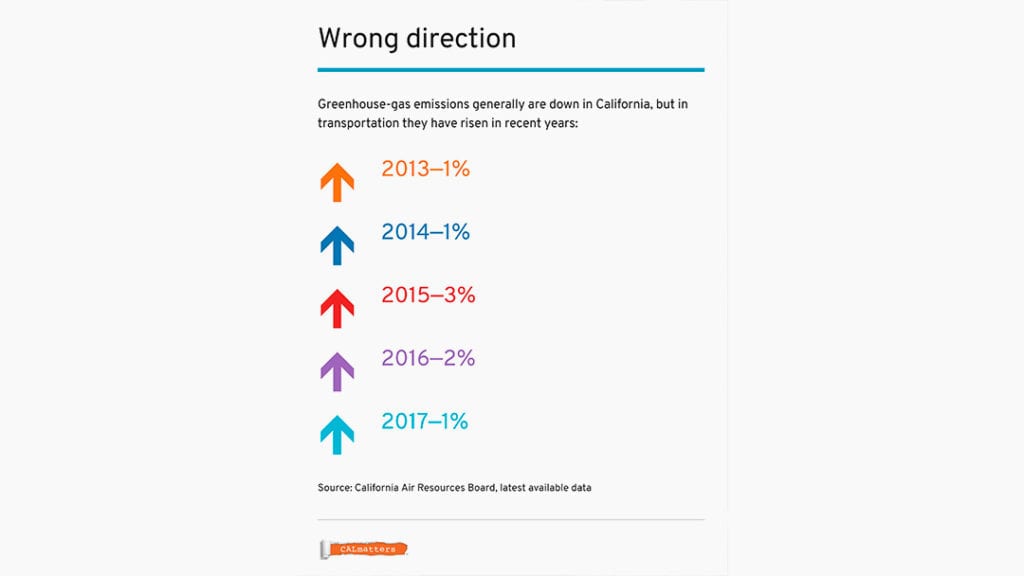 But Sperling, a member of the state Air Resources Board and founder of UC Davis’ Institute of Transportation Studies, said the touchy discussions about carpooling sometimes skirt the inevitability of fewer personal cars.

“What that really implies — I hate to say it out loud in front of a journalist — is giving up car ownership and move to sharing rides,” he said. “Most people probably can’t even imagine that. But the benefits to society are huge, and the benefits to individuals will be huge, too.”

The nonpartisan Legislative Analyst’s Office released a recent report concluding that the benefit of existing transportation-cleanup policies is unclear. It’s also unclear how far lawmakers will go to get cars off the road. Former state senator Kevin de León, who authored the law that sets California on a course to 100% clean energy, said there’s a reason for that.

“It’s the most politically challenging issue,” he said, “You are going head to head with the state’s fossil-fuel industry” — which makes money when drivers gas up their cars and has considerable sway in Sacramento.

In addition, there’s the challenge of getting the message out to car-dependent state.

“You are talking about persuading (millions of) individual car drivers in the largest state in the union to drive zero-emission vehicles, or take public transportation, or ride a bike, or walk, or rideshare,” he said. “We drive internal-combustion cars in part because they are easy.”

Diane Plitka Kozak lives in the Los Angeles suburb of San Gabriel and works as a hairdresser in nearby South Pasadena. She said she’d be happy to commute to work by public transportation, but it’s an ordeal.

“I have to walk a mile, then take three buses,” she said. “And I live four miles from work. It’s ridiculous.”

It’s a point community planners have made to state officials: Before discouraging driving, we better provide affordable and convenient alternatives. But much of California’s built environment exists to support automobiles. The car informs much of the state’s architecture, with parking a major design feature. Cities such as Los Angeles grew out, not up, creating vast freeway networks across metropolitan regions. The state has laid out a half-million miles of asphalt red carpet for the automobile.

“I would not call it a love affair with the car; I would call it a collaboration by necessity,” said Leslie Mark Kendall, chief historian at the Petersen. “You’ve built yourself around it, now you need it. We are so spread out, we can’t help but take advantage of cars.”

It’s no surprise that two of the state’s intractable problems are related — housing and transportation — compounding the difficulty of solving either. The unaffordability and unavailability of housing near city centers has pushed families ever outward, breeding “super commuters” who travel hours each day between work and home. That gap has not yet been effectively spanned by alternatives to highways. 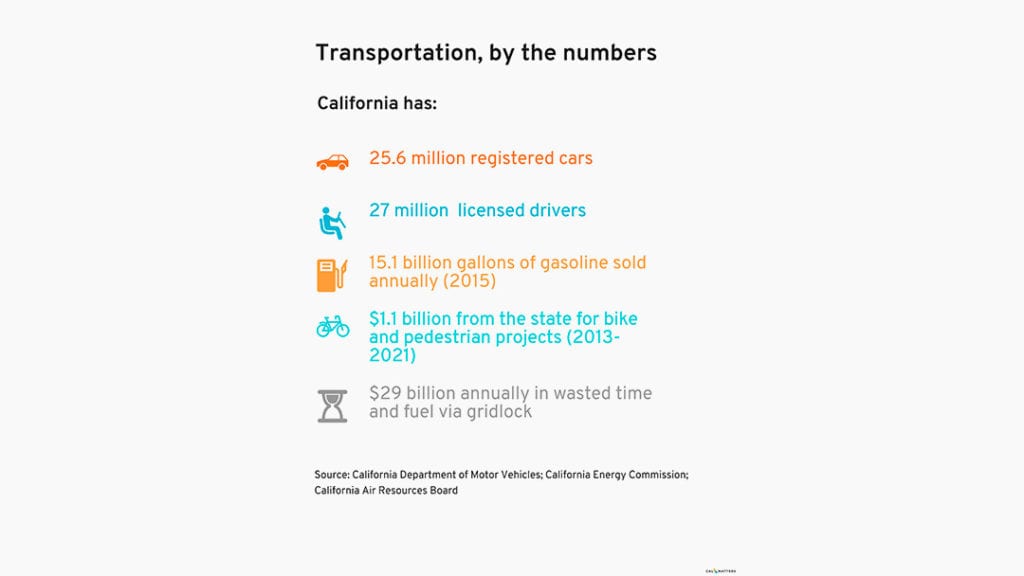 Brian Taylor studies transportation policy and planning as director of UCLA’s Institute of Transportation Studies. His cites a colleague’s metaphor comparing California’s lack of efficient transportation flow with the state’s electricity delivery: We would not accept power disruptions or rolling blackouts on a regular basis. Yet as a daily event in many of the cities up and down the state, traffic comes to a standstill and rush-hour motorists experience “brown-outs” as exurban commuters stream home.

“If we can create environments where traveling by other means becomes easier and easier, people will drive less,” Taylor said. “The challenge is the transition.”

Increasing housing density would help create cities that are more pedestrian friendly and render automobiles such a hassle that they become an undesirable accessory, Taylor said. But the concept has sometimes proved difficult to implement. A controversial bill that would have fostered housing density around transportation centers went down in flames this year.

Alex Roy likes to drive. He is the founder of theHuman Driving Association, which advocates for more thoughtful and safe adoption of self-driving cars, which will also be part of California’s transportation future. Roy, who lives in New York City, is almost operating behind enemy lines: He works for a technology startup that is developing autonomous vehicles, some of which are licensed to test in California.

“I’ve driven from San Francisco to Palo Alto in rush hour; it makes you want to kill yourself,” he said. “Housing solves a lot of the transportation problems. But if I want to drive, and you don’t want me to, the best way is to give me better options, like trains or bikes. This binary choice–cars, not cars—is not a choice.”

California officials say they get it.

“To me the answer is to make it more attractive to take public transit and walk,” said Jared Blumenfeld, California’s Secretary for Environmental Protection. But whatever policies officials develop, he said, the state’s diversity must be considered.

“There are people who legitimately need their vehicles. For people living in rural communities, there are a lot of things you are not going to be able to do without a car. It isn’t an easy discussion.”

The discussion 26-year-old Bailey Bazzar is having with her husband offers a window into many young drivers’ thinking. She owns a car, as does her realtor-husband.

The commute to her former job in Beverly Hills was 1½ hours. “I hated it,” she said. “The thing about L.A. is you travel five miles and it takes an hour. I think a lot of people are frustrated.”

Bazzar has a new job and now walks 10 minutes to work. The couple is considering selling her car.